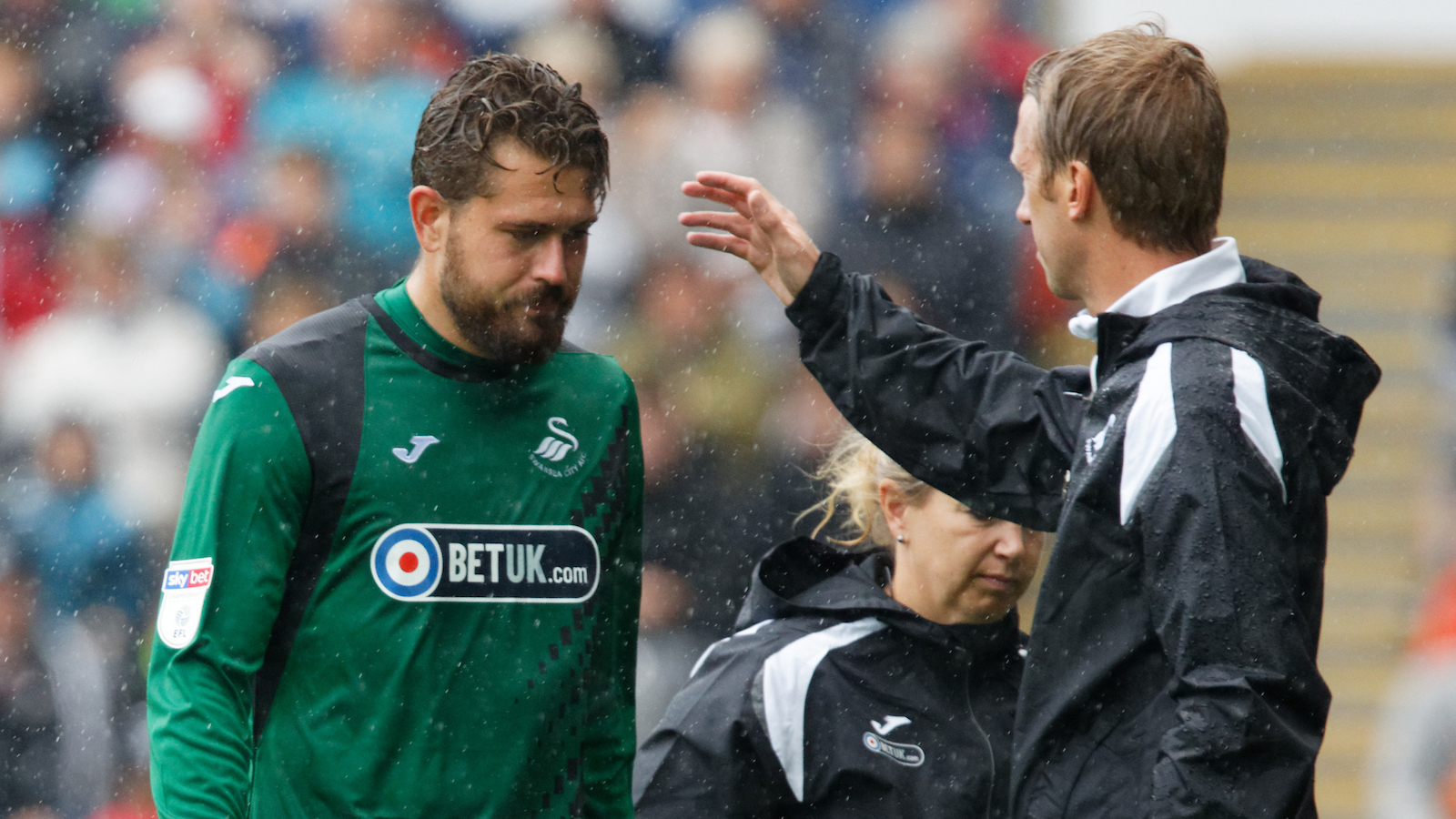 Swansea City must wait to assess the extent of Kristoffer Nordfeldt’s injury after he limped out of their win over Preston North End.

The Swedish international keeper lasted only 21 minutes against the Lilywhites after damaging his groin.

The injury is a huge frustration for Nordfeldt, who has a first-team chance this season having spent so long as Lukasz Fabianski’s understudy.

His misfortune meant an opportunity for Erwin Mulder, who let nobody down on debut after coming on to help the Swans secure a 1-0 win.

“We will have to see how Kristoffer is – I don’t know yet,” Potter said.

“He felt his groin, but I am hoping it is not too bad.

Should Nordfeldt be unavailable for next Friday’s trip to Birmingham, teenager Steven Benda is likely to step into Potter’s 18.

There was much better news for Leroy Fer, as he returned as a substitute after six months out with an Achilles injury.

“Leroy has come back ahead of schedule and I thought he was tremendous,” Potter said.

“All credit to the medical department for helping Leroy get back.”