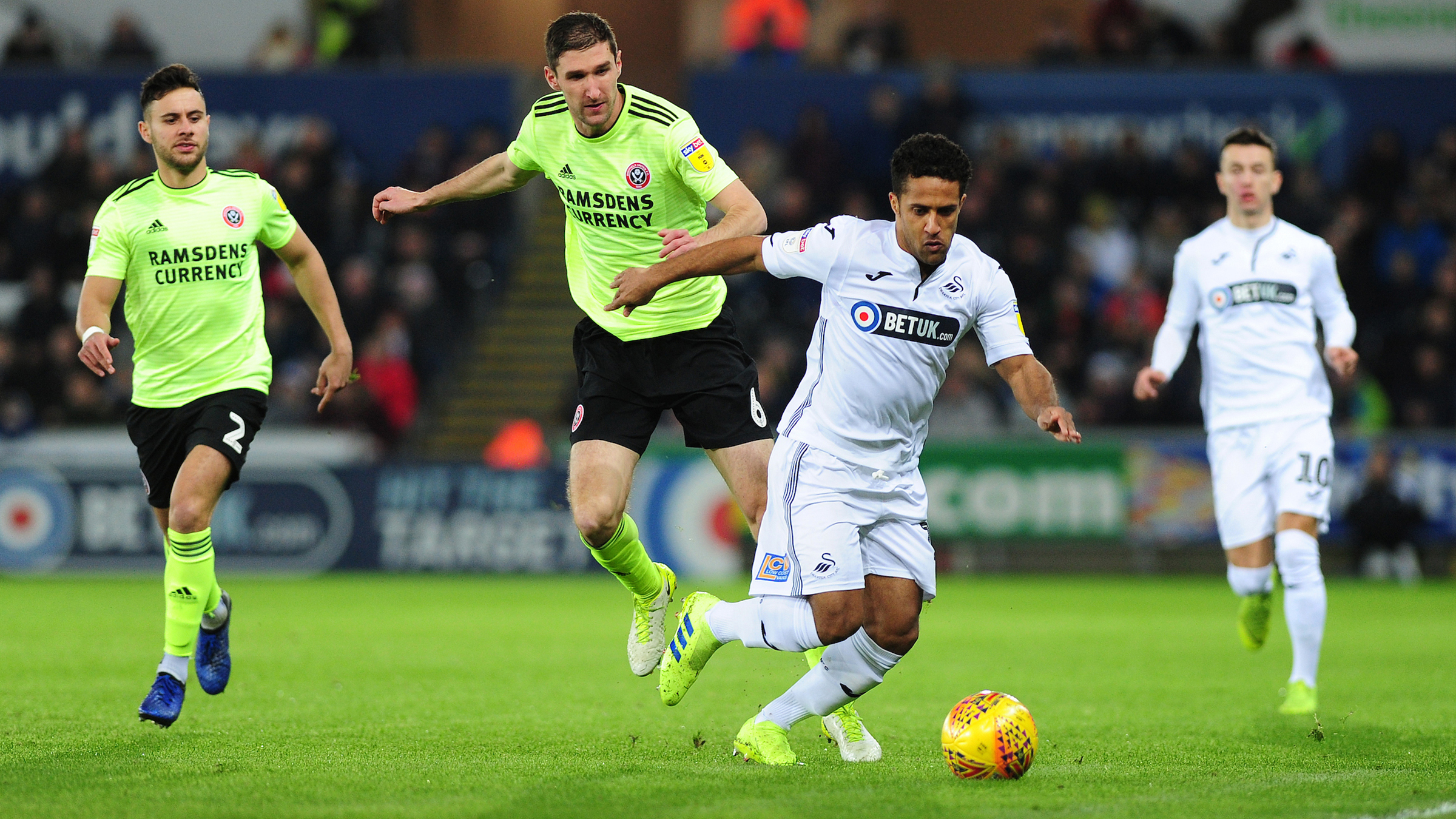 Swans unchanged as Routledge brings up 250

The experienced winger, who joined the Swans in 2011, brings up the milestone as he and Nathan Dyer keep their places on the flanks following the positive performance at Norwich on Friday.

That display has prompted manager Potter to keep faith with his team, meaning Kristoffer Nordfeldt starts in goal behind a back four of Connor Roberts, Mike van der Hoorn, Cameron Carter-Vickers and Kyle Naughton.

Matt Grimes and George Byers once again link up in midfield, the latter having overcome a groin issue to keep his place.

Bersant Celina plays centrally with Routledge and Dyer either side of him, while Daniel James is again entrusted with leading the Swans attack in the absence of Oli McBurnie.