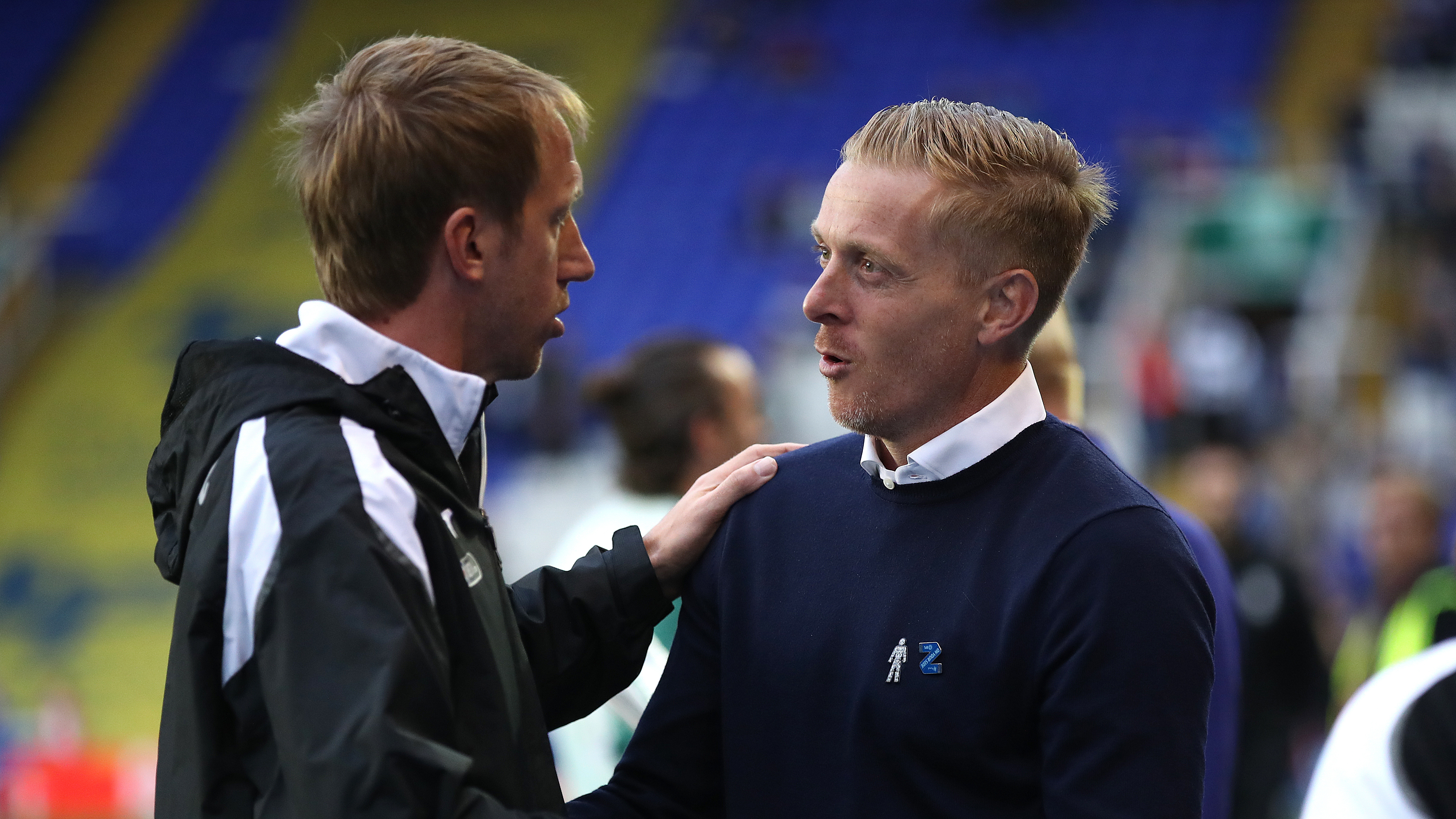 Swansea City will be looking to continue their fine run of form when they host Birmingham in the Championship on Tuesday night (7.45pm).

Here are the big talking points ahead of another important game under the Liberty lights.

Having made some 270 appearances, securing three promotions and two memorable Wembley victories along the way, Tuesday night promises to be a strange occasion for former Swans stalwart Garry Monk.

It will be the first time he has come to the Liberty Stadium in opposition rather than home colours, and his only other visit since leaving Swansea in December 2015 was for Alan Tate's testimonial in the summer of 2017.

As one of a select band of players to represent Swansea in all four divisions, Monk's name will be inextricably linked with the club when the story of their rise to the Premier League is told and retold in years to come.

He also had a memorable stint as manager after succeeding Michael Laudrup in the Liberty hot seat.

His first game saw a 3-0 victory over Cardiff in the South Wales derby, while he would go on to lead Swansea to their best-ever Premier League finish of eighth during the 2014-15 campaign.

League doubles against Manchester United and Arsenal were claimed along the way, but Monk's tenure would come to an end in December of 2015.

He has since had spells at Leeds and Middlesbrough, before taking over with the Blues in March of this year and, despite a transfer embargo, he has moulded them into a fiercely competitive unit who remain within reach of the play-off spots.

Sentiment will go out the window for 90 minutes but Monk will be deserving of a warm reception from the home crowd.

In-form duo the ones to watch

Tuesday's contest will see two strikers in the pink of form on opposing sides, and there is no reason to believe their respective fortunes on the night will not have a profound impact on the final outcome.

Oli McBurnie could barely have wished for a better start to 2019, with the Scotland international having five goals in just three appearances to his name in the new calendar year.

For Birmingham, Che Adams has been enjoying the best season of his career to date, and he has five goals from his previous seven outings in the Championship.

The 22-year-old has seen himself linked with Premier League clubs as a result and recent showings from he and McBurnie suggest both defences will need to be on high alert when the action gets under way.

While Swansea were seeing off Gillingham in the FA Cup, Birmingham were enjoying the rare luxury of a weekend off.

In fact, Swansea have played twice since Monk's Blues were last in action, having beaten Sheffield United at the Liberty the day after Birmingham had lost at high-flying Norwich on Friday, January 18.

Common wisdom goes that a little respite can reinvigorate minds and bodies, particularly on the back of such a hectic festive schedule barely a month ago.

But that break can sometimes make it difficult to pick up where you have left off, and with Swansea having extended their unbeaten run to six games during a brief lull in Birmingham's campaign the hosts will not be short of confidence despite their fixture workload.

Graham Potter played down any potential significance, but it will be intriguing to see whether the differing preparation time has any impact on the respective performances of the two teams.

More January joy for the Swans?

Swansea remain unbeaten in 2019, and their fine start to the calendar year has added to an 11-match sequence without defeat in the month of January.

Those figures are bolstered by FA Cup fixtures, but the fact remains that Swansea's last defeat in the opening month of the year came when Tottenham emerged 2-0 victors at the Liberty in the opening game of 2018.

Since then Swansea have beaten Wolves, Liverpool, Arsenal, Reading, Aston Villa, Sheffield United and Gillingham, and played out draws with Wolves, Newcastle, Notts County and Preston.

With the game against Birmingham the last of the month, Swansea will be hoping to end January with another positive result to take forward.