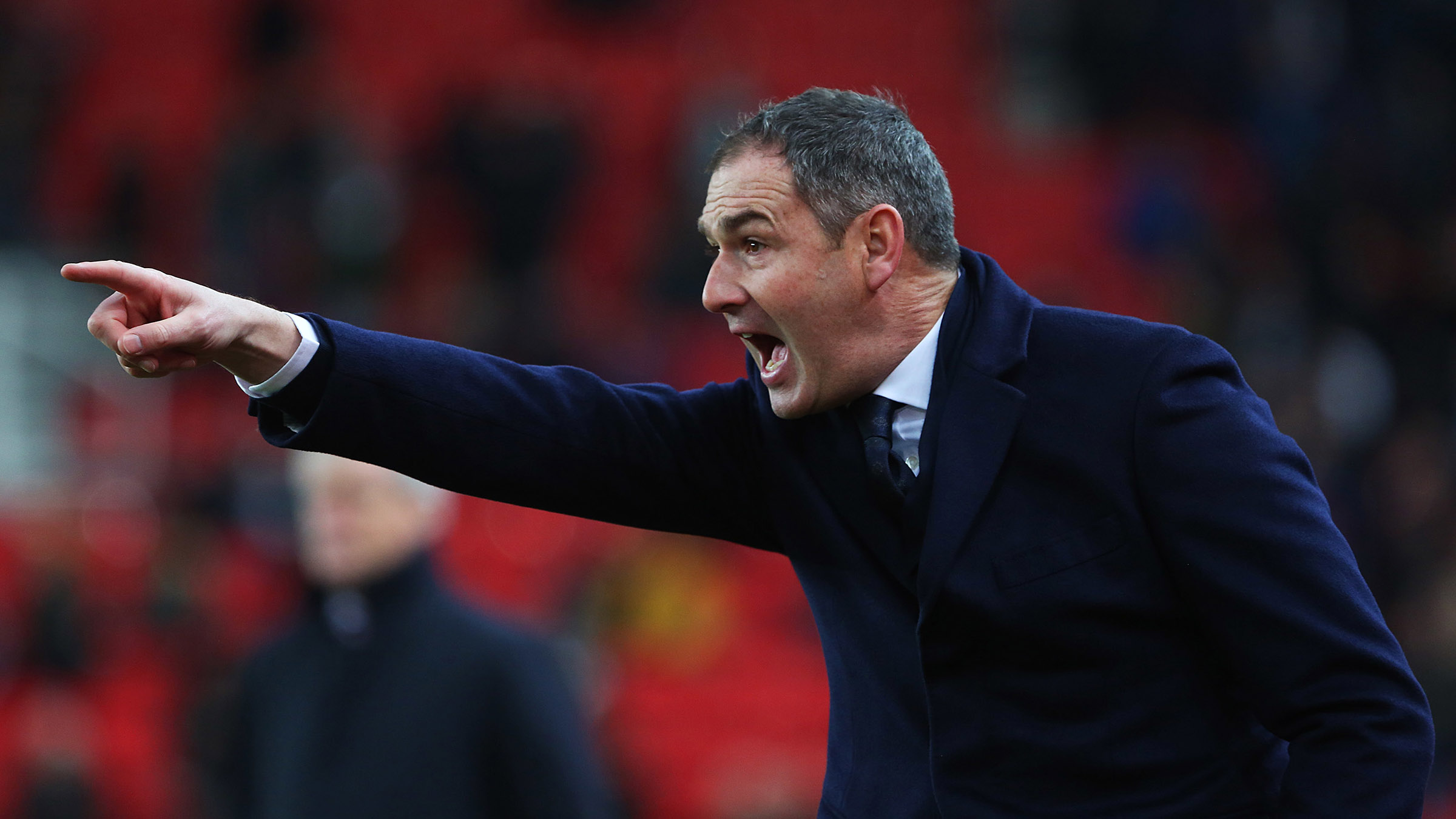 Swansea City look to turn their form around when they face West Bromwich Albion at the Liberty Stadium this weekend.

Paul Clement’s men are desperate for a result having not won in seven Premier League games – but their opponents need points too.

The Swans may be struggling for form right now, but history shows they tend to enjoy facing West Brom.

As well as a couple of Premier League victories at The Hawthorns, the Swans have clocked up no fewer than five wins from six Liberty encounters with the Baggies since they were promoted to the top flight in 2011.

The most recent success was on the final day of last season, when Clement’s side fought back after going a goal down to win 2-1.

A repeat effort this weekend would do very nicely.

Wilfried Bony scored his first goal in more than 13 months in the defeat at Stoke last weekend.

It should have been the second in a week for the powerhouse centre-forward, whose strike against Bournemouth was controversially ruled out by the referee.

Now Bony, who looks sharper than he has all season after three games in a week, hopes to score a streak of goals – as he has done many times before in his career.

If Bony hits top form, the Swans’ chances of climbing the table will improve dramatically.

Alan Pardew is getting his feet under the table at West Brom having been unveiled as Tony Pulis’s successor last week.

He faced the Eagles in his first game in charge last weekend, and claimed a point thanks to a goalless draw.

Like the Swans, Pardew’s new side have struggled for victories this season.

They won their first two league games, against Bournemouth and Burnley, but have not registered a top-flight success since.

Federico Fernandez is available again this weekend after missing three games following the sad loss of his father.

Fernandez, the Swans’ matchday skipper for much of this season, was absent for the games against Bournemouth, Chelsea and Stoke having flown home to Argentina to be with his family.

He returned to training at the start of the week, but Clement has given a vote of confidence to Mike van der Hoorn by revealing that Fernandez is focusing on a return to action when Manchester City visit next week.

The Swans suffered defeats at Chelsea and Stoke, but their performance in their last home game, against Bournemouth a fortnight ago, was the best they had produced for some time.

Clement’s side registered a welcome clean sheet and played some decent football in patches of the game.

They also created opportunities, with Bony denied what looked a good goal.

More of the same this weekend will give the Swans a chance of landing victory.