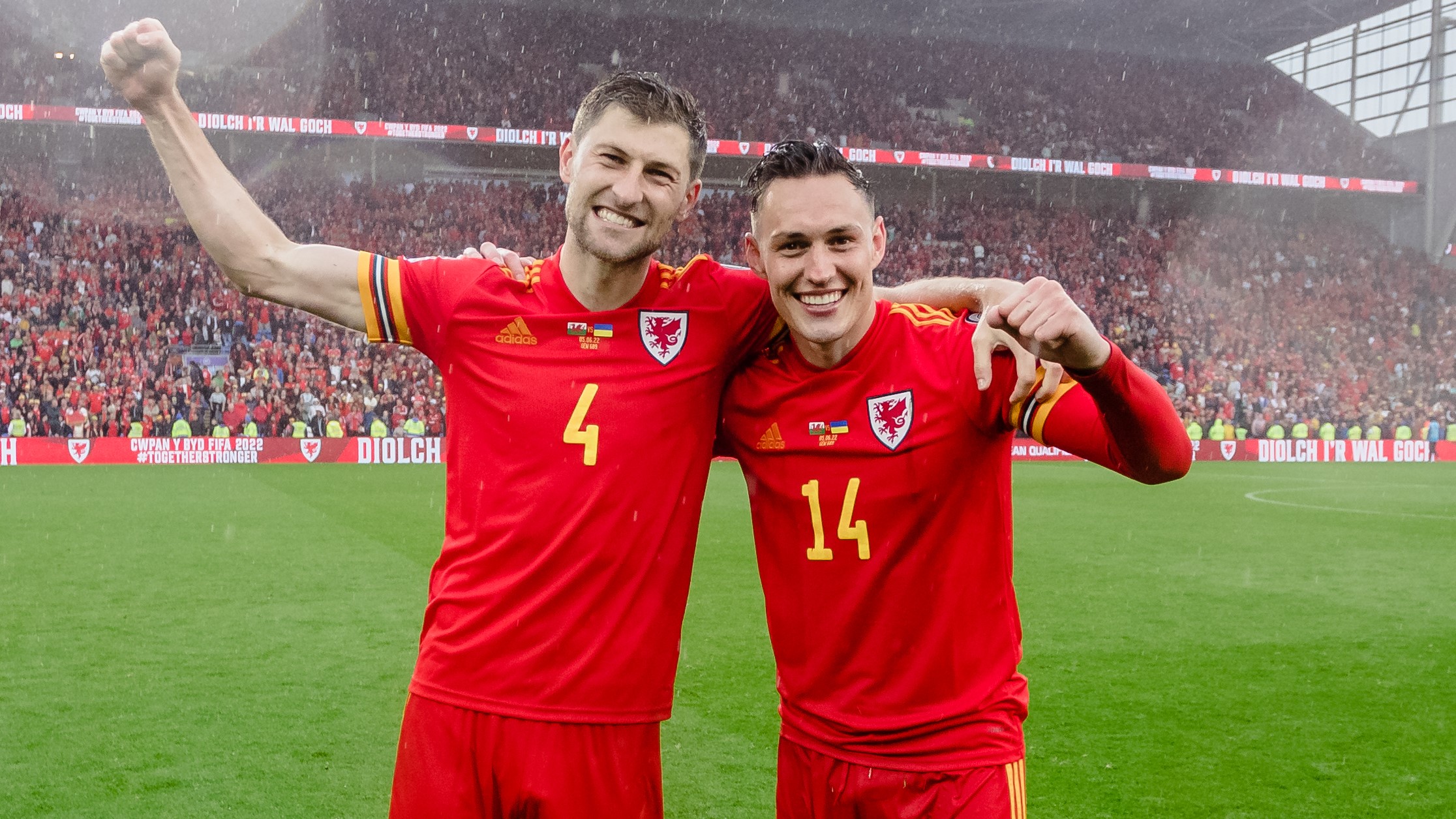 Wales made history on the weekend by qualifying for a FIFA World Cup for the first time in 64 years. In this article we take a look at the Swansea City academy graduates who have featured in the Dragons' squad since the start of their historic qualifying campaign.

Eight Swans academy alumni have featured for Wales with seven donning the Swans shirt in first-team action during their times in SA1.

Here, we run through the players who spent time in the Swansea academy ranks.

The centre-half joined the Swans at the age of 14 and played his 100th senior game in club colours in April when he lined up against AFC Bournemouth at the Swansea.com Stadium.

He has become an important member of the squad and one of the first names on the team sheet as he’s continued to make strides under head coach Russell Martin.

Cabango captained the Swans at every age-grade level he played at, while he enjoyed a successful loan spell with TNS in 2018, which saw him score in the Champions League.

The now 22-year-old was handed his first-team debut in the Carabao Cup clash with Northampton Town in 2019. His subsequent Championship bow at Huddersfield saw him become the first player born in the 21st century to play for the club in league action.

He won the first of his four caps to date against Finland last September but missed out on the squad for the World Cup play-off final due to injury.

Defender Connor Roberts joined the Swans at the age of nine, and surpassed 150 appearances for the club before making the move to Burnley in the summer of 2021.

Roberts was given his first-team chance at his hometown club by Carlos Carvalhal in January of 2018, making his debut in an FA Cup tie at Wolves before making his Premier League bow as a substitute at Newcastle.

Roberts has won 36 caps for his country and has so far scored three goals including a memorable finish against Turkey in the Euro 2020 finals to all but seal the team’s progression from the group stages of the competition.

Is now a nailed-on starter for his country and was among those to impress in the crucial victory over Ukraine.

The ‘Welsh Pirlo’ remains a heavily influential figure at club and international level, having come through the ranks with the Swans.

Handed his first-team debut as a 16 year old, the midfielder went from strength to strength and, by the second half of the 2008-09 season, he was seeing regular game time at Championship level while still a teenager.

Allen’s influence continued to grow and he was an integral part of the promotion-winning side from the 2010-11 season, and continued to impress throughout the club’s debut season in the Premier League.

A move to Liverpool with Brendan Rodgers followed in the summer of 2012 before Allen made the switch to the Potteries on the back of his outstanding displays at Euro 2016, where he helped Wales reach the semi-finals.

Allen won his first cap against Estonia in May 2009, and has since made 71 appearances for his country. He was a key part of the recent qualifying campaign and at 32-year-old he is one of the key senior players alongside the likes of Gareth Bale and Aaron Ramsey.

He represented Team GB at the 2012 Olympics, and was named in the team of the tournament for Euro 2016 after his superb showings in France.

Davies initially joined the Swans at the age of seven before moving to Denmark for three years with his family.

When they returned to south Wales, Davies returned to Swansea City and continued his development.

The defender made his debut as a 19-year-old in 2012, being handed an opportunity by Michael Laudrup after Neil Taylor had suffered a broken ankle in a draw with Sunderland.

His performances belied his age, and he would prove an accomplished and reliable performer as Swansea won the League Cup to claim their first major honour, and secured a top-half finish in the Premier League.

Davies remained a regular the following season, playing his part in the Europa League adventure, but then made the move to Tottenham in the summer of 2014.

He was an outstanding performer at Euro 2016 before missing the semi-final against Portugal through suspension. He now has 71 caps for his country and put in arguably his best performance in a Wales shirt during Wales’ victory over Ukraine in the World Cup play-off final.

The Llangyfelach defender first joined the club’s ranks at the age of eight.

A former Swans season-ticket holder, Rodon progressed through the ranks and got his first exposure to the first-team set up when he was named on the bench for an FA Cup tie at Oxford in January 2016.

He was again an unused substitute for the Premier League fixture at Arsenal in 2017, but was handed his debut by Graham Potter in a home win over Preston North End in August 2019.

Rodon went from strength to strength, despite suffering injury setbacks along the way, and was one of the first names on the team sheet when fit.

His impressive poise on the ball and physical prowess saw him targeted and signed by Premier League side Tottenham in October 2020. He has 25 Wales caps often lining up alongside fellow former-Swan Ben Davies in the side’s defence against Ukraine.

Speedster James joined Swansea’s academy from Hull in 2015, and wasted little time making an impression with his pace and trickery.

He struck up an effective understanding with the likes of Oli McBurnie at under-23 level, and was rewarded with a goalscoring first-team debut in the FA Cup rout of Notts County in 2018.

A league debut followed under Graham Potter and James soon began to mark himself out as one of the most exciting players in the Championship.

Stunning solo goals against Brentford and Stoke City just added to his burgeoning reputation, and he would eventually make the move to Manchester United in the summer of 2019.

By then he had already been capped by Wales, making his senior international bow in a friendly against Albania in November 2018.

James – who had featured for Wales at the Toulon Tournament in 2017 – scored on his competitive debut against Slovakia, and has won 33 caps.

Sheehan joined the Swans academy at the age of 10, progressing through the age groups until he signed his first professional contract with the club in 2012. Two years later, he put pen to paper on improved terms and made his Swans debut in a 1-0 victory over Rotherham United in the League Cup.

That would be his only appearance for the Swans. He spent time on loan at Yeovil Town and then Newport County before joining the latter permanently in 2018. After helping the Exiles to two play-off finals and being named in the PFA League Two Team of the Year, he left to join League One Bolton Wanderers.

After a bright start to the season, he was hit with a knee ligament issue in November which ruled him out for the remainder of the season.

Sheehan made his Wales debut in November 2020 when he featured in a 0-0 draw against the USA. He has played three times for his country, but the knee injury has prevented him adding to that tally.

Saudi Arabia-born Norrington-Davies had a brief spell with the Swansea academy in 2017, before moving on to Sheffield United.

He has since had loan spells with Barrow, Rochdale, Luton Town and Stoke City, with his performances for the latter two in the Championship catching the eye of the Wales management.

He has won nine caps since his debut against Bulgaria in October 2020.