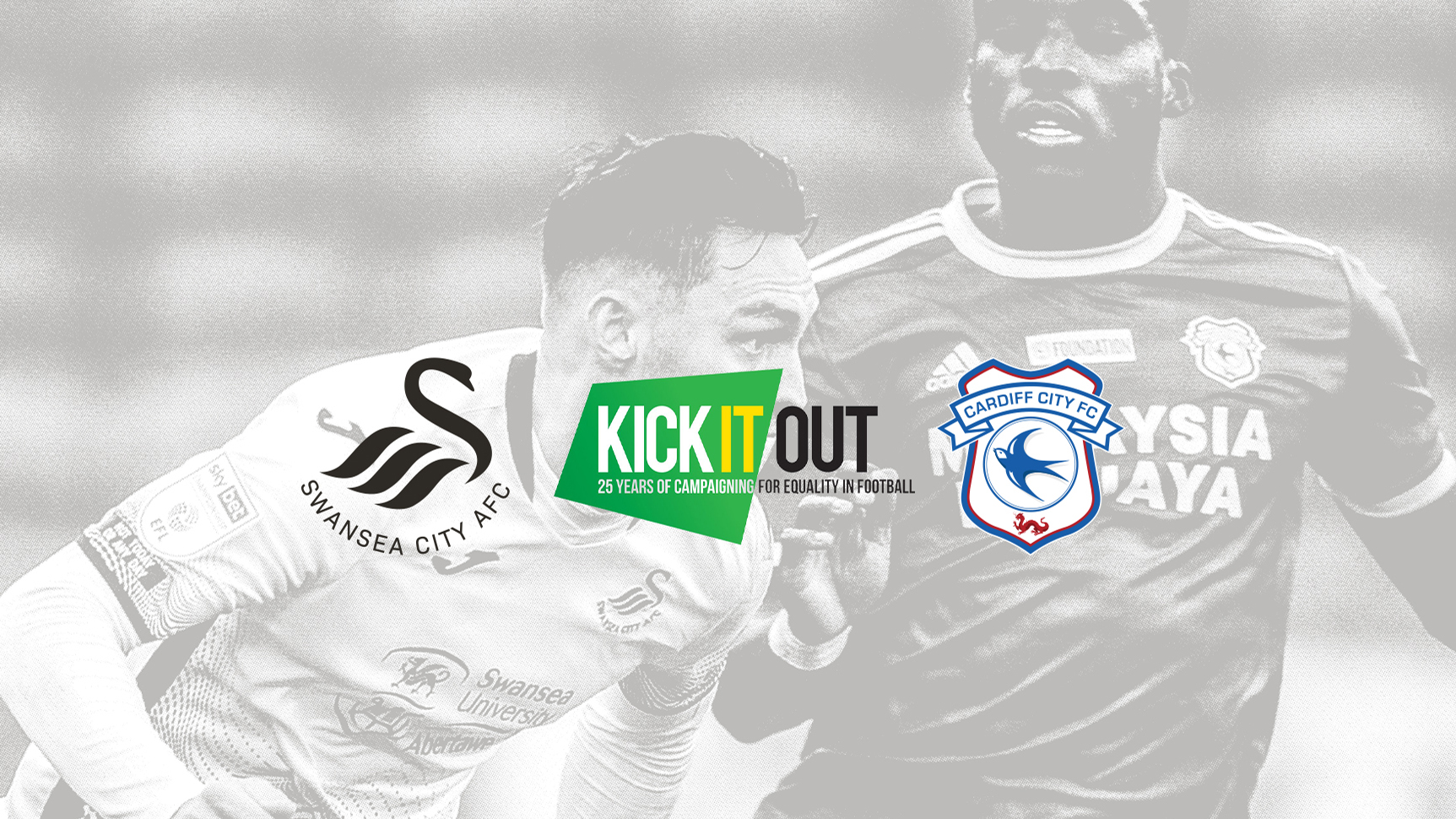 Swansea City and Cardiff City will unite in an anti-racism campaign when the two clubs meet at the Liberty Stadium on Saturday (March 20).

The South Wales derby fixture – which will kick-off at 5.30pm live on Sky Sports – falls on the same day as United Nations Anti-Racism Day.

The campaign – which has been backed by Kick It Out, for whom Saturday's fixture is an allocated game – has also seen supporter groups from both clubs come together and sign a joint pledge against racism and discrimination. That pledge can be seen HERE.

Both sets of players, as well as officials, will warm up in Kick It Out t-shirts, while the fixture will be using the slogan ‘Rivals on the Pitch, United Against Racism’ in the build-up and on the day of the game itself.

Swansea City will also be showing their support for Cardiff defender Sol Bamba, who was diagnosed with Non-Hodgkin lymphoma earlier this year.

The players will wear Kick It Out t-shirts, but on the back will be the words ‘We fight with you’ together with Bamba and 22 – his squad number.

Swansea City chief executive Julian Winter said: “The issue of racism and discrimination is one that sadly isn’t going away, and we feel it is important as a football club that we continue to battle against theses prejudices that put a stain on society and the game we all love.

“I’m delighted that both clubs have come together to unite around such an important issue, and I’d like to thank all the supporter groups from both Swansea City and Cardiff City who have played such a key role in this campaign.

“It will also be fitting to pay tribute to all those supporters who are sadly no longer with us in what has been a challenging year for everyone, both within the community of Swansea and across the world.”

Cardiff City FC Executive Director & CEO, Ken Choo, said: “Cardiff City and Swansea City stand together in the fight against racism and discrimination in society. I’d like to thank the supporters groups of both clubs for their commitment to this campaign.

“Whilst our rivalry on the field with Swansea City will continue this weekend, our unity with them in this battle against prejudice is firm and absolute.”

Swansea City are proud to be supporting Kick It Out’s campaign, Take A Stand, which is calling for action in the fight against discrimination in football.

Through Take A Stand, Kick It Out - football’s equality and inclusion organisation - want to create a culture where individuals take personal responsibility for being part of the change. That includes fans, players, managers, CEOs, stewards, governing bodies, shop assistants and social media organisations – everyone on and off the pitch.

Most football fans will have witnessed some form of discrimination in football – on the terraces, in dressing rooms or on social media – but more needs to be done to move from awareness to action. Take A Stand is both a challenge and an invitation for individuals and organisations to publicly commit to their own pledge. It is also a movement that everyone can play a part in.