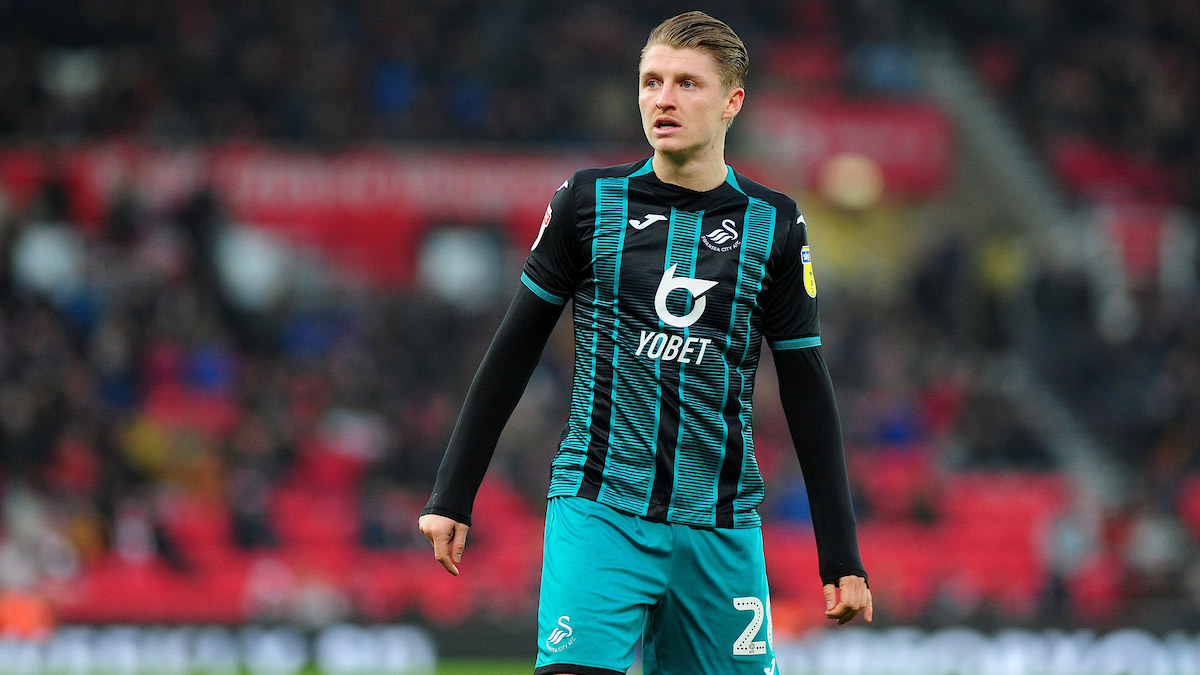 Swansea City will be almost at full strength for Saturday’s Championship restart at Middlesbrough, with only Mike van der Hoorn ruled out of the Teesside contest.

The Dutch defender has been working his way back from a knee injury suffered over the Christmas and New Year period, and has started to train again on the grass.

But he will not be fit to face Boro, although the Swans do have midfielder George Byers back from the ankle injury that had looked set to end his season prior to the Coronavirus outbreak.

“The good news on Mike is he has been back on the grass doing some training with us,” said head coach Steve Cooper.

“We already know about George and him being able to return when we returned.

“He would have been out for the season, but he is available for the weekend.

“So, it’s only Mike who will be missing, although there are a couple of things we will need to check over just to see what the full status us.

“It has been difficult, we have had to push the players harder than normal because we have so many games to get ready for and only a short period of time to prepare for them.

The extension of matchday squads from 18 to 20 also means all six of Swansea City's loan signings can be included in a matchday squad, although only five can be on the pitch at the same time.

Ollie Cooper comes into the starting XI in the sole change to the Swansea City side to face Huddersfield.

Skipper Matt Grimes returns to the Swansea City starting line-up as one of three changes made by Russell Martin for the clash with Birmingham City.

Jamie Paterson pushing for start ahead of Wigan clash

Russell Martin says Jamie Paterson is pushing for a starting spot in Swansea City’s clash with Wigan Athletic, while the head coach has backed his senior players to step up in the absence of skipper Matt Grimes.