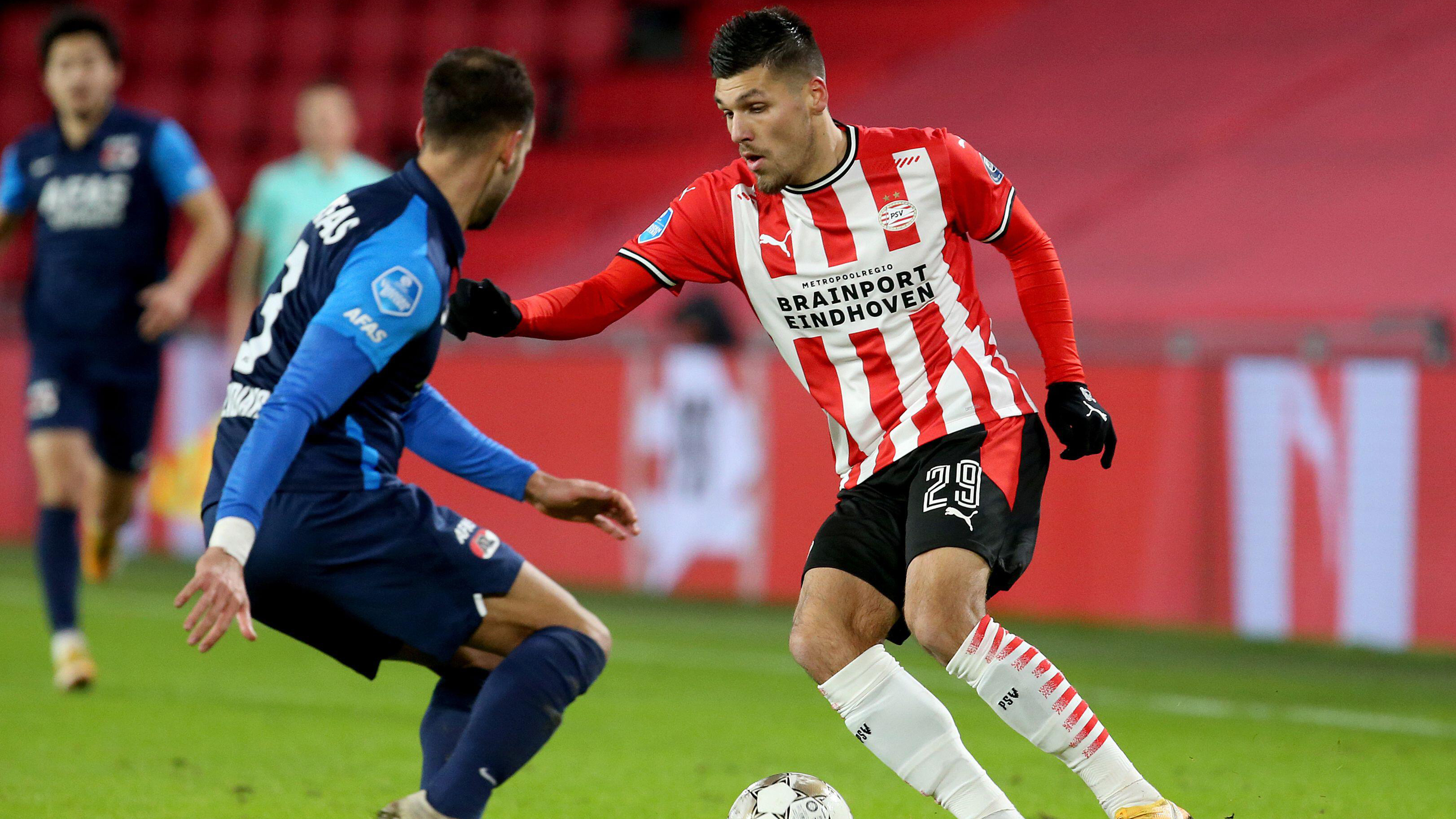 Swansea City has completed the signing of Dutch striker Joel Piroe from PSV Eindhoven for an undisclosed fee, subject to international clearance.

The 21-year-old becomes Swansea’s second acquisition of the summer transfer window, with the club having already added Wigan striker Kyle Joseph to the first-team squad.

Piroe has put pen to paper on a three-year deal in SA1.

The Holland Under-20 international joined PSV’s academy from Feyenoord in 2014 and has gained regular experience in the Eredivisie over the last two campaigns.

He spent the 2019-20 season on loan with Sparta Rotterdam, scoring two goals in 18 appearances; having netted 11 goals in 29 appearances for Jong PSV in the Eerste Division the previous campaign.

Piroe made 12 first-team appearances for PSV last term, scoring three goals, including a brace in a Europa League win over Omonia Nicosia.

Piroe will meet up with his new team-mates following their pre-season camp in Pennyhill Park next week, with the Dutchman following Covid-19 guidelines by spending a period in isolation ahead of his arrival in Swansea.