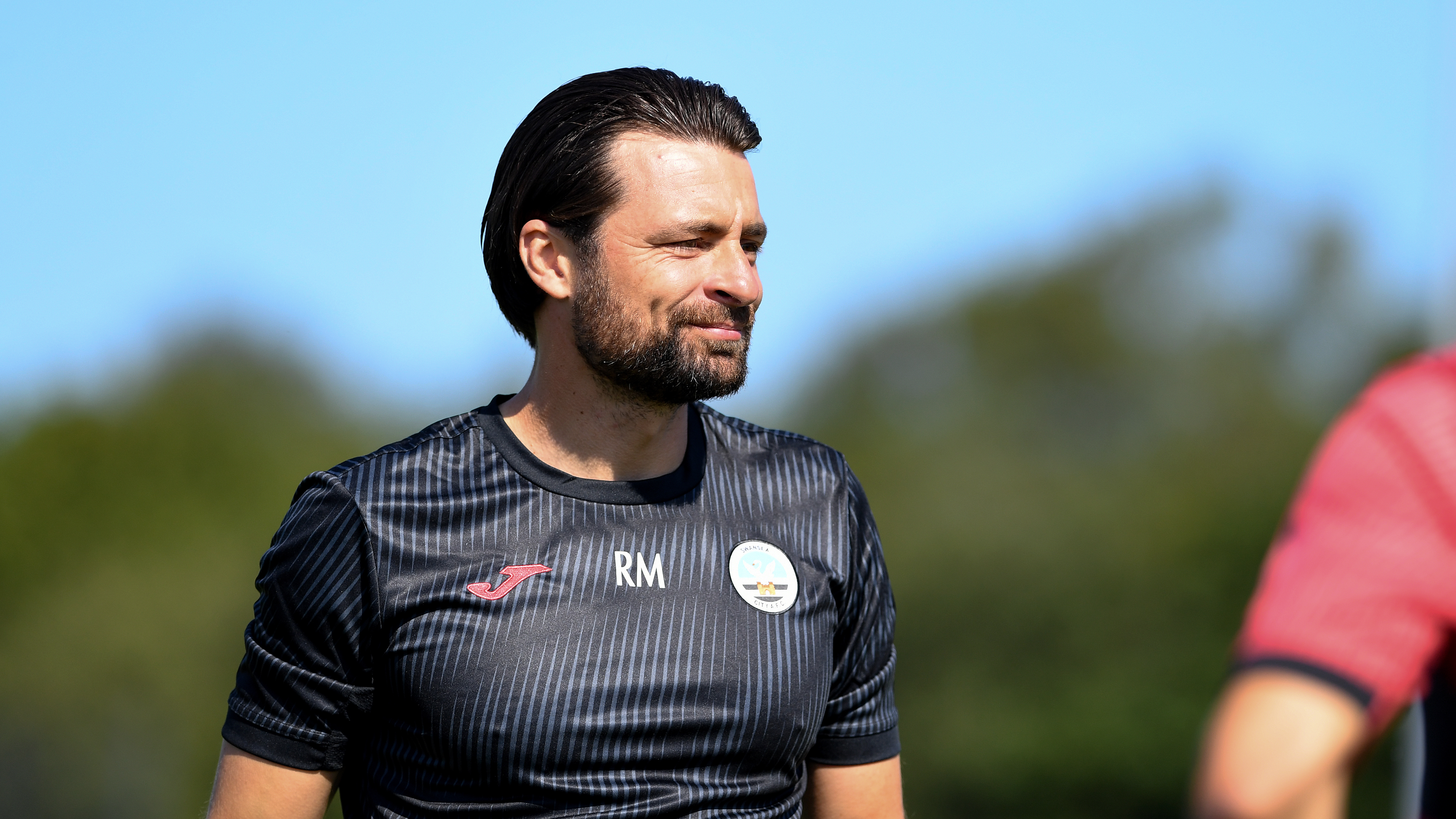 Swansea City can confirm a number of changes to the club’s first-team coaching staff following the appointment of Russell Martin as head coach.

As previously announced, Luke Williams, Matt Gill and Dean Thornton have all joined the club from MK Dons, while Ben Parker and Matt Willmott have also been added to the backroom team.

Everyone at Swansea City thanks Mike, Martyn, Steve and David for their hard work and professionalism during their two years with the club, and wishes them well in their future careers.

Luke Williams takes on the role of assistant head coach, a position he has previously held at Swindon Town and MK Dons.

A former non-league player, Williams looked to move into coaching at a young age. He initially worked as an FA skills coach before working in the youth set-ups of Leyton Orient and West Ham.

From there he joined Brighton & Hove Albion in 2010, where he took charge of the club’s under-21 side before being appointed as Mark Cooper’s assistant at Swindon in 2013.

He helped the Robins reach the 2015 League One play-off final, where they lost to Preston, and would go on to become manager at the County Ground after a successful spell in caretaker charge.

Williams left the club following relegation at the end of the 2016-17 season and moved to Bristol City where he took charge of their under-23s.

From there he moved to become Martin’s assistant at MK Dons in November 2019, and now joins him in SA1 with the pair having won plaudits for an ambitious, attacking style of play.

It was at Prenton Park that Gill would move into coaching, initially as assistant manager to Rob Edwards.

Following Edwards’ departure he returned to Norwich to work within the club’s academy set-up, having a spell in charge of the under-23s.

He joined their East Anglia rivals Ipswich in October 2018, taking up a position in Paul Lambert’s coaching staff.

He remained at Portman Road under Paul Cook, following a short stint as caretaker boss, before briefly joining former Norwich team-mate Martin at MK Dons ahead of their moves to Swansea.

Thornton will take on the responsibilities of goalkeeping coach following his arrival in Swansea.

The former keeper had stints with Wycombe Wanderers – where he first met Martin at the age of 16 – and Queens Park Rangers, and went on to spend nine years working as head of academy goalkeeping for the west London club.

He left Loftus Road to work under Gill at Swindon before a spell working with the Taiwan national side.

Thornton linked up with Martin at MK Dons in November 2019, and has now joined him at Swansea.

Willmott joins the Swans as head of physical performance. He first joined MK Dons as lead sports scientist in June of 2013 and spent three years at the club before moving to Leicester City in 2016, where he became lead strength and conditioning coach after a short period as the Foxes’ lead youth development sport scientist.

He returned to MK Dons in February 2018, and remained as their head fitness and conditioning coach throughout Martin’s time in charge of the club.

First-team performance analyst Parker is another to make the move from stadium:mk to the Liberty.

Starting off with a coaching role with MK City Ladies, Parker went on to hold strength and conditioning roles with Leicester Tigers and Warwickshire Country Cricket Club academies.

He returned to Milton Keynes football in August of 2017 when he became academy performance analyst intern at the then-League Two club, and he soon progressed to the first-team set-up.

He became assistant first-team performance analyst in July 2018, before being promoted to the lead role a year later.