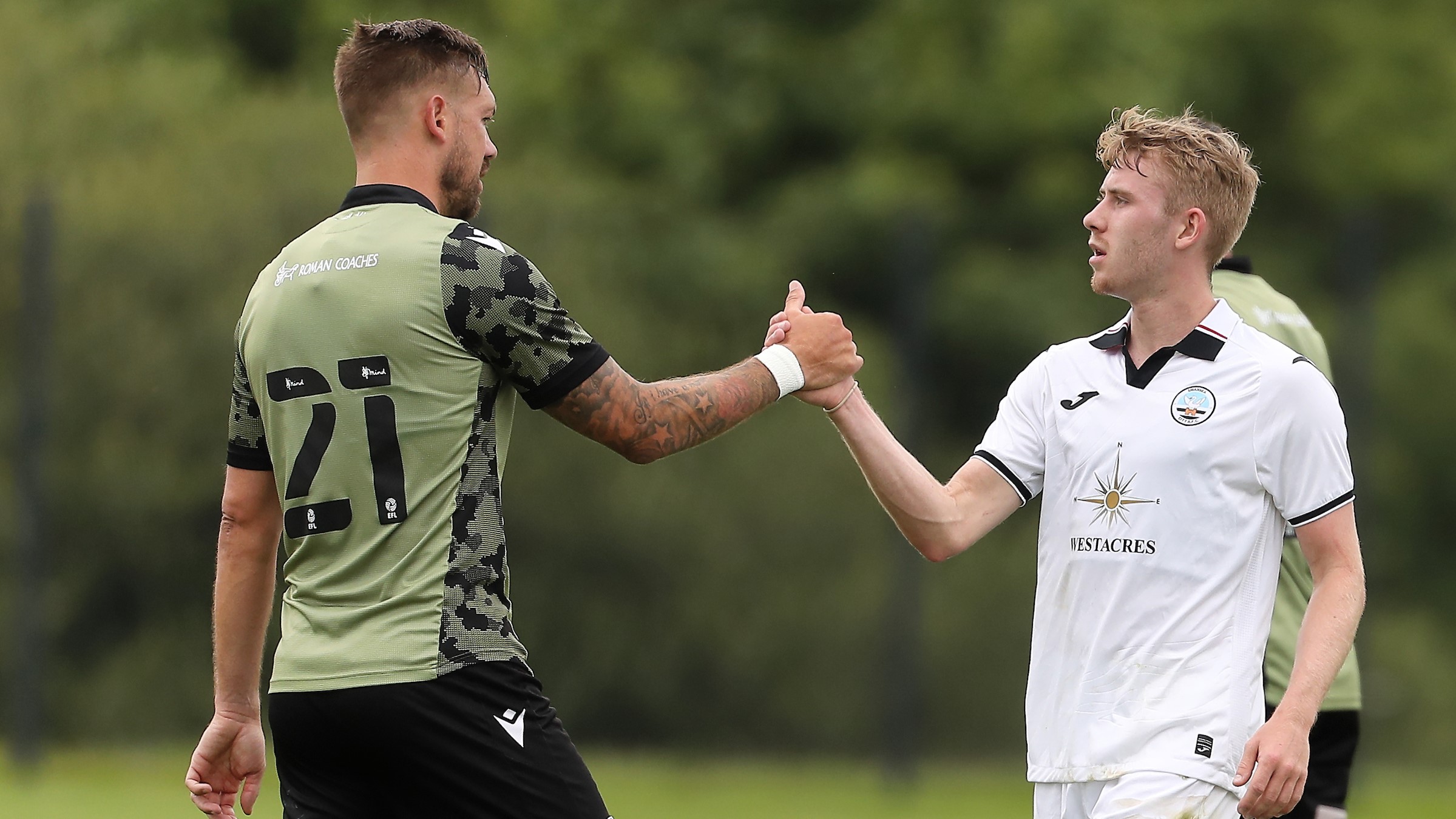 Swansea City continued their pre-season preparations as they hosted Colchester United at Fairwood.

The Swans and their League Two opponents played a pair of keenly-contested hour-long games at their training base, allowing as many players as possible to get time under their belts.

A goal in each half saw the visitors come out on top in the first of the pair of games.

The Swans made a bright start with Azeem Abdulai seeing a fierce drive well saved by the Colchester keeper, with Ollie Cooper seeing his follow-up effort blocked.

But it was the visitors who took the lead as a sharp counter attack ended with Hannant sliding the ball below Steven Benda.

The Swans responded with a flowing attack from the back ending with Olivier Ntcham firing a low drive straight at the keeper.

But the visitors grabbed their second of the contest when former Swan Frank Nouble turned in from close range from a well-worked Alan Judge free-kick.

Joel Latibeaudiere grabbed the winner for Swansea City as an increasingly-assured display saw them seal victory in the second and final contest of the afternoon.

The two sides completely changed their starting line-ups for the second contest, with new signings Nathan Wood, Harry Darling and Matty Sorinola all in the Swansea starting .

They and their team-mates saw plenty of the ball. Jamie Paterson saw a dangerous cross blocked away before Joel Piroe’s attempted overhead kick was also blocked by a defender.

The visitors responded with a succession of set-pieces, but the Swans dealt with them strongly.

Darling fired over from distance, before Kyle Naughton drove forward from a Matt Grimes pass, only to send his final effort too close to the keeper.

The Swans continued to be on the front foot at the start of the second half hour, with Michael Obafemi close to getting in behind from a clipped through-ball.

Cameron Congreve fired wide after excellent pressing work by Piroe and Latibeaudiere had won the ball high up the pitch.

Latibeaudiere was then denied a penalty after a wild lunge on the defender as he nicked the ball inside the Colchester area.

Obafemi had the best chance to date when his header from a lovely Grimes pass was tipped away by the keeper, before Darling headed the resulting corner into the grateful grasp of the stopper’s gloves.

But Latibeaudiere made the breakthrough as he made an excellent far-post run to meet Naughton’s cross and head home from close range.