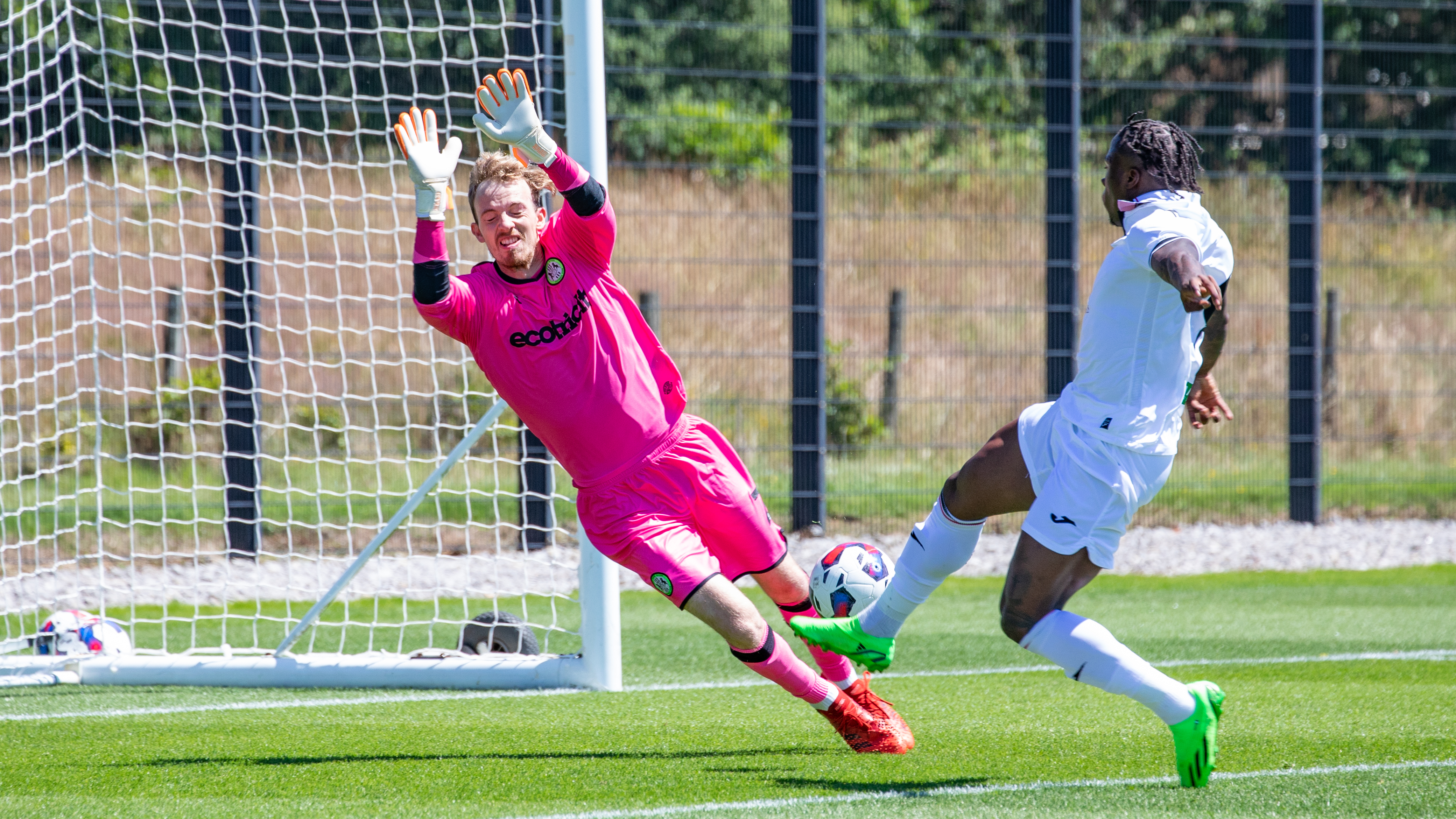 Swansea City continued their pre-season campaign with a 3-2 victory over Forest Green Rovers at Fairwood.

Liam Cullen scored the clinching goal for the Swans, to add to earlier strikes from Michael Obafemi and Kyle Naughton.

Having trailed, the League One visitors had responded through goals from Reece Brown and Armani Little, but the hosts responded as they took another stride in preparations for the start of the season.

In searing heat, the visitors had the first chance early on as Reece Burke headed just wide after good work down the right flank.

However, it was the Swans who broke the deadlock after 12 minutes as a lovely pass from Naughton found Obafemi in the box, with the striker controlling well before slotting the ball past former Swans goalkeeper Lewis Thomas.

But the visitors hit back when Brown poked home at the near post, while at the other end Joel Piroe saw a back post header tipped away by Thomas before the Dutchman blazed over after intricate build-up play outside the box.

The Swans were enjoying plenty of possession but got caught at the other end as a short free-kick found Little free on the edge of the box and he rifled a shot past Andy Fisher and into the roof of the net to give Rovers the lead.

But it was all square again on the stroke of half-time as Naughton’s low strike squirmed under Thomas.

The hosts made 10 changes at the break and both sides sought to find their feet in the early stages of the second period in stifling conditions.

Kyle Joseph had a left-foot shot that flew wide of the left-hand post after cutting in from the right, before Ben Lloyd – who scored against Forest Green in pre-season a year ago – flashed a shot across the box that evaded everyone.

At the other end, Fisher was called into action as he saved well with his legs to keep the score at 2-2.

As the game ticked towards the closing stages, Cullen gave the Swans the lead as his stunning free-kick beat Thomas and flew into the top corner.

Joel Cotterill almost made it four shortly after but Thomas was equal to his long-range shot, before Ollie Cooper’s follow-up effort came back off the woodwork.

Russell Martin’s men will be in pre-season action again on Tuesday (July 12) as the Swans travel to Plymouth Argyle.