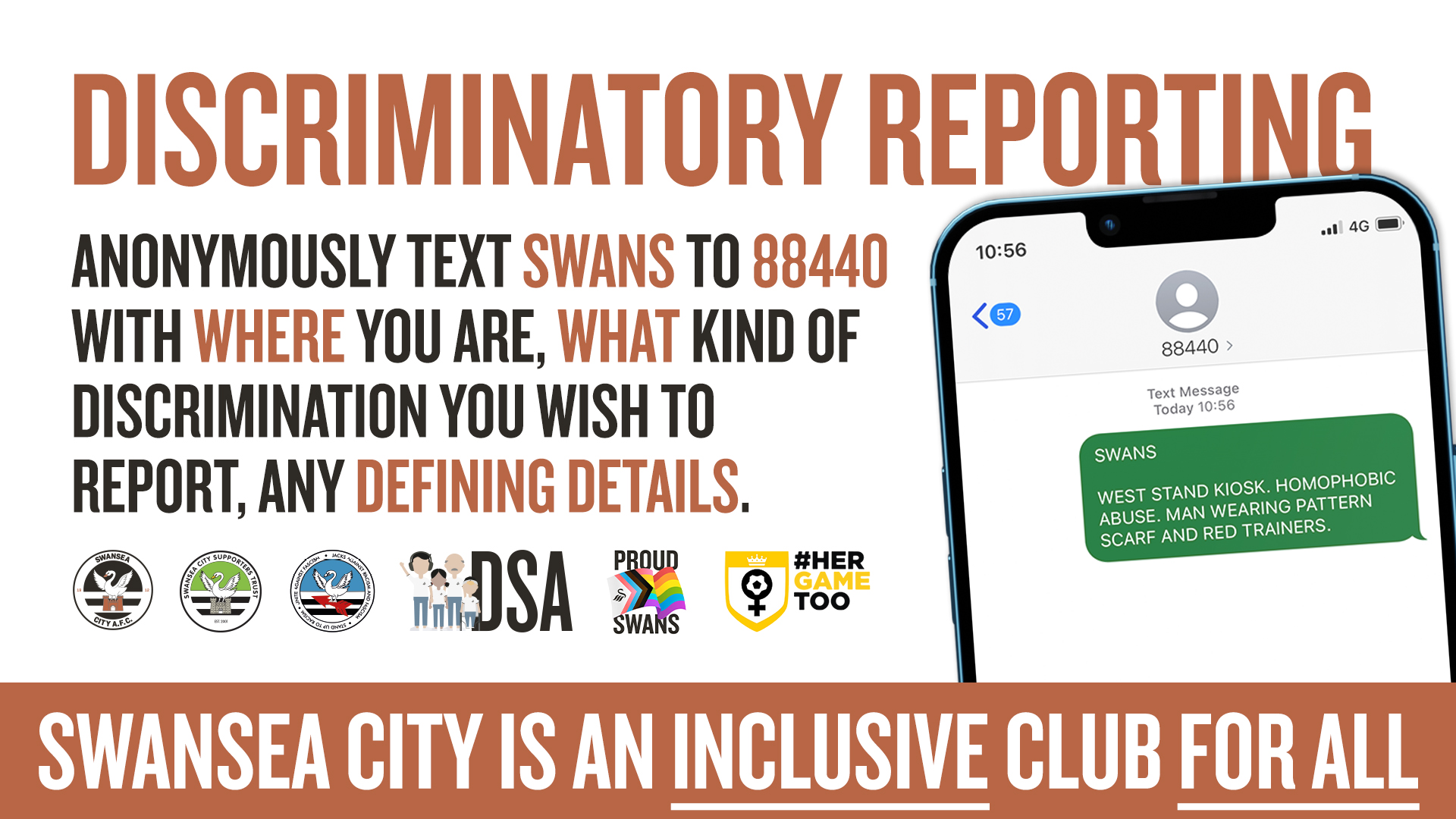 The service will be in operation this weekend as the Swans take on Blackpool in the Championship.

Swansea City is proud to be an inclusive club for all supporters and this new service is supported by the Swansea City AFC Foundation, Supporters’ Trust, Disabled Supporters' Association (DSA), Proud Swans, #HerGameToo, Jacks against Racism and Swansea EYST.

If supporters witness any kind of discrimination at a home fixture, they can anonymously text 88440 using SWANS at the start of their message and provide details of the incident.

Messages will be charged at the standard rate for your network provider.

The details from the message will be received at the match control room, where any necessary investigation and/or action will be taken. The club will also be recording the mobile number of the individual reporting for this purpose.

“In a recent communication to supporters, I noted that there have been some challenges faced by all clubs this season with the return of full crowds at matches,” said Swansea City chief executive Julian Winter.

“A working group has been set up with club staff – together with the Supporters’ Trust – and we will update fans on this as and when we have concrete information to share.

“We have been listening to our supporters on a range of topics and the launch of this new text-based service for reporting discrimination of all kinds will hopefully be something that supporters can feel confident about using.

“As a club we feel strongly about discrimination of all kinds, because it has no place in society nor in football.”

Terry Sinnett from the Supporters’ Trust added: “We totally support this initiative from the club.

“We have regularly reinforced the message that our club is inclusive and represents all sections of society, irrespective of their gender, ethnicity or sexuality. We do not tolerate discrimination or anti-social behaviour.

“This text service will enable supporters who are affected by any such behaviour to report the issue directly to the club, simply and anonymously, in the knowledge that the club will act on it.

“We are committed to making our stadium, and football in general, a welcoming environment to be enjoyed by all.”

Swansea City’s Championship fixture against Birmingham City will be available to all international fans on Swans TV Live on Saturday (3pm UK time).