In the build-up to Saturday’s game we are taking a look back at Swansea’s four previous finals. Today we recall the 2006 League One final against Barnsley.

Kenny Jackett’s Swans had achieved automatic promotion from the fourth tier in their final season at the Vetch, and were now looking to mark the first campaign at the Liberty by climbing to the Championship.

Swansea had finished sixth in the final table as they secured the last of the play-off spots.

They faced third-placed Brentford in the semi-finals and – after a 1-1 draw at the Liberty – stunned the Bees thanks to a Leon Knight double at Griffin Park that secured a 2-0 win on the night, and a 3-1 aggregate success.

Barnsley, meanwhile, had recovered from losing their first leg against Huddersfield to advance 3-2 on aggregate, meaning the fifth and sixth-placed sides had knocked out those above them in the table to reach the final.

With the new Wembley Stadium still being in the process of being built, this game was played during the time when major finals were held at the Millennium Stadium in Cardiff.

The Swans had already tasted glory there earlier in the 2005-06 season, having beaten Carlisle to claim the EFL Trophy as Lee Trundle scored his iconic volley.

In the final itself, it had been Barnsley who took the lead as Paul Hayes arrived at the far post to volley the ball past Willy Gueret in the 19th minute.

However, Swansea were level just nine minutes later through Rory Fallon’s spectacular bicycle kick as the striker reacted quickly and instinctively to a flick on in the area.

Five minutes before the break as Jackett’s men were ahead. Andy Robinson was the scorer as his shot from distance squirmed out of the grasp of Barnsley keeper Nick Colgan and into the net.

It remained 2-1 to the Swans until just past the hour mark when a low Daniel Nardiello free-kick found its way into the net.

Both sides having chances to win it over the remainder of the 90 minutes and extra-time, although more of them fell the Swans way with Alan Tate, Trundle and Adebayo Akinfenwa among those to miss good opportunities.

The game eventually went to penalties, where Tate and Akinfenwa would be the unfortunate men to miss from the spot as the Swans missed out on that Championship place. 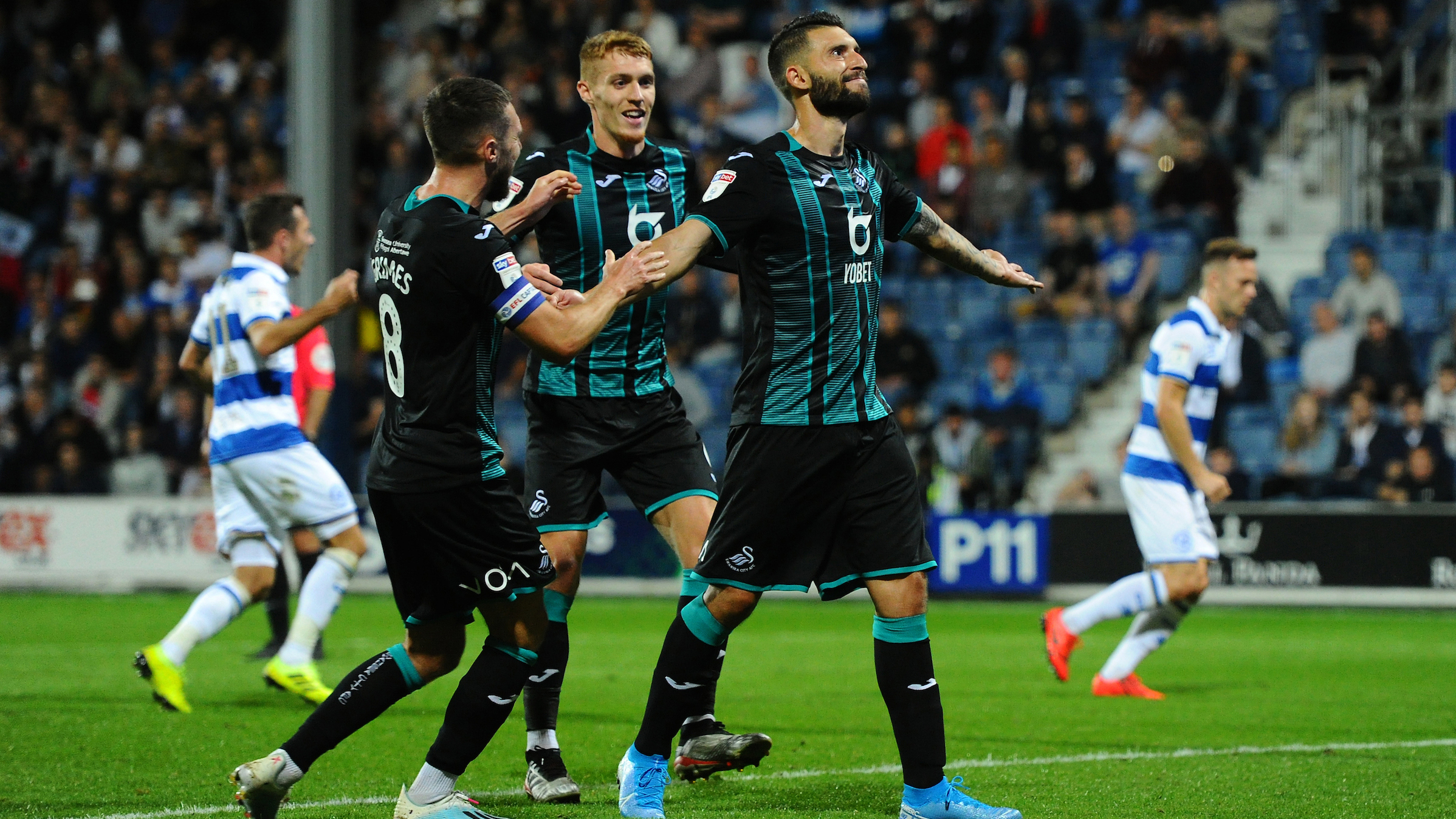 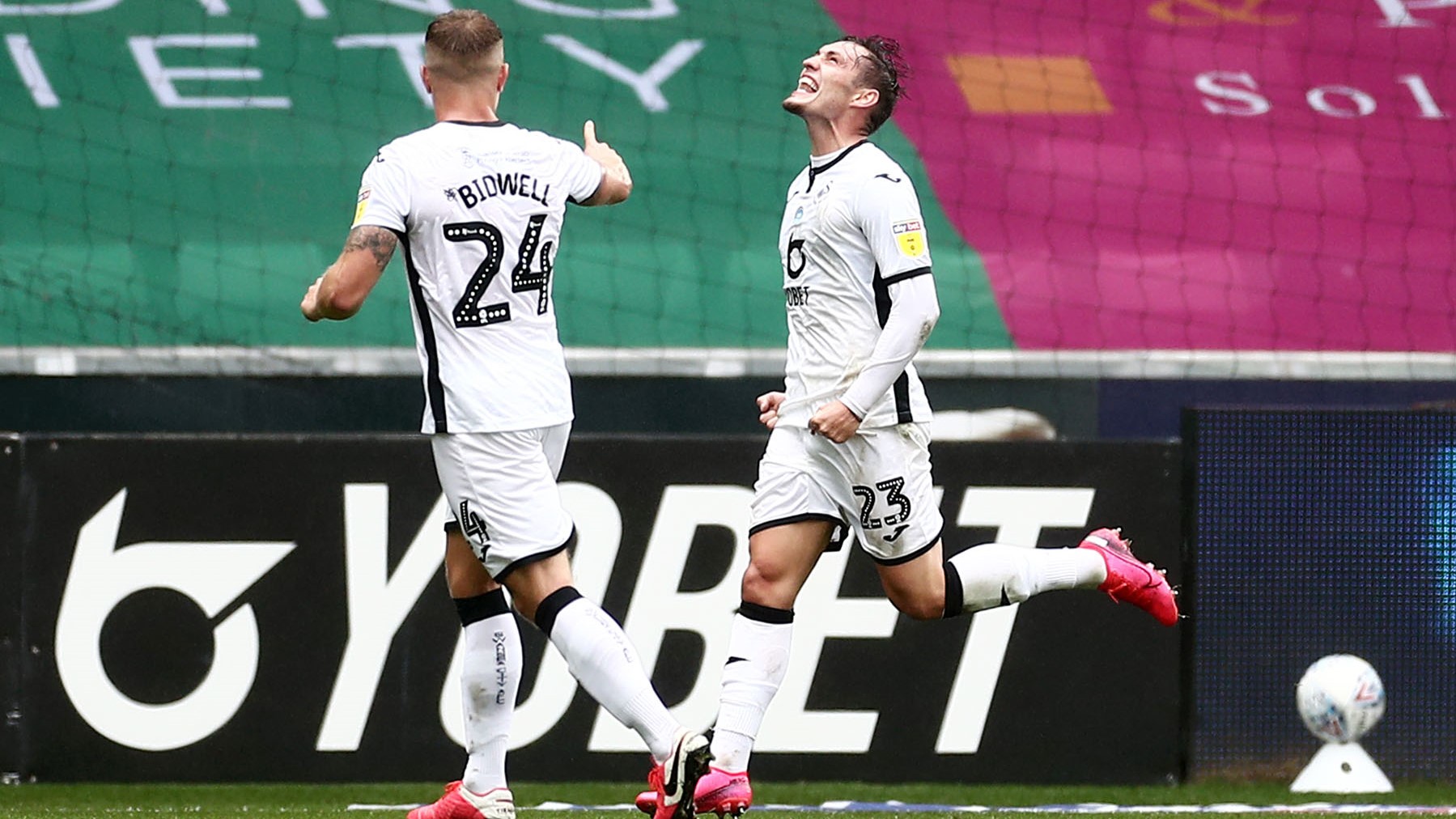 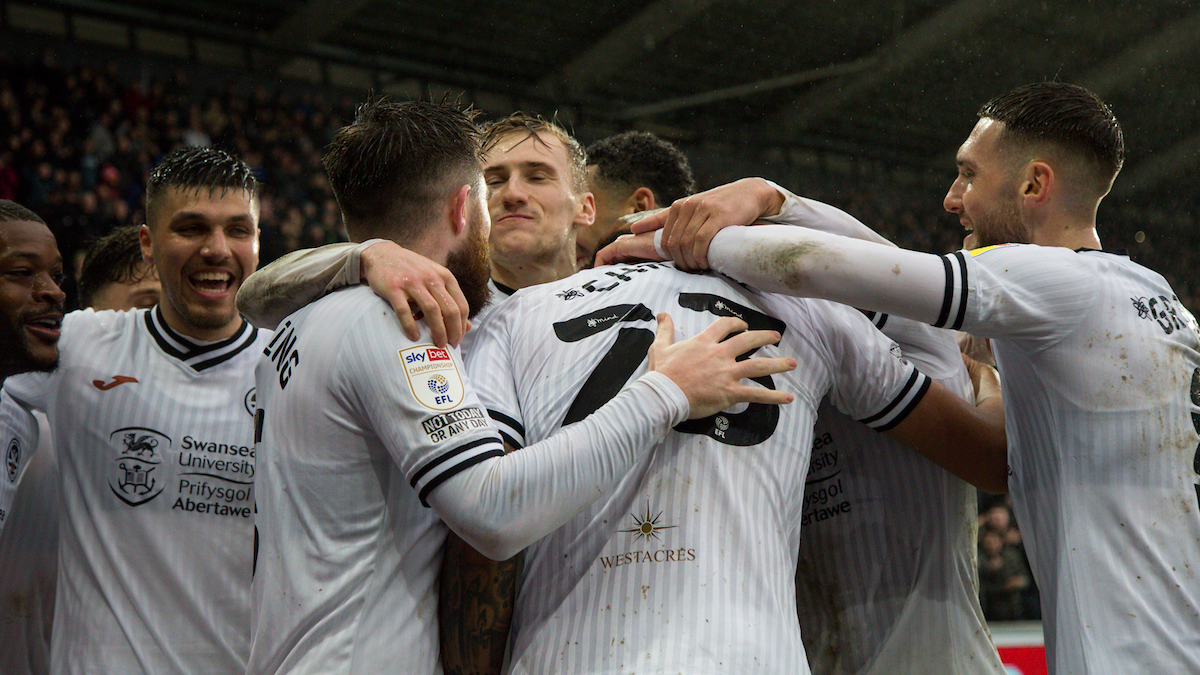 With Swansea City preparing to welcome Bristol City to the Swansea.com Stadium for an FA Cup third-round replay, we take a look at the Robins most recent visit to SA1.