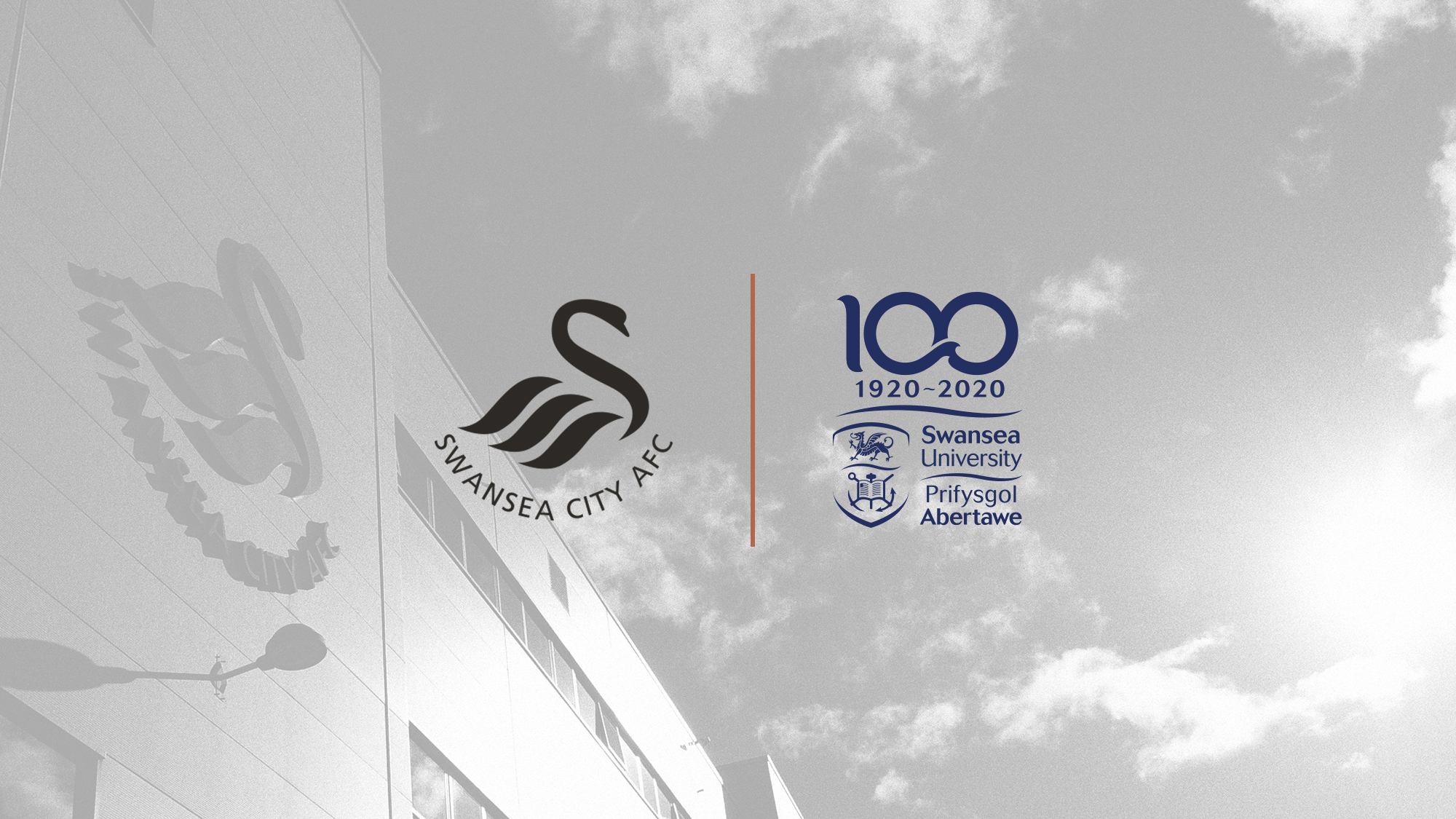 Swansea City is delighted to announce a new three-year partnership with Swansea University to run until the end of the 2022-23 season.

The award-winning university is backing its local football club by becoming the Official Back of Shorts and Training Wear partner, while also retaining their Exclusive Higher Education partner status.

The club has been working in partnership with the university in different formats for many years, but this extensive three-year deal is a huge boost to the Swans at a time when the game and the country is experiencing financial difficulty due to the Coronavirus pandemic.

Swansea University’s logo will appear on the club’s home and away shorts for the next three campaigns, including retail replicas, plus across the front of all training and travel wear items, including warm up jackets, polos, t-shirts and jumpers worn by players and staff. It will not appear on retail training wear.

The university, who had their logo on the club’s back of shirt last season, will also continue their West Stand stadium sponsorship for the next three years, plus branding on SwansTV Live fixtures streamed to the club’s international and UK supporters.

Swansea City’s head of commercial, Rebecca Edwards-Symmons, said: “We are delighted that Swansea University has committed their support for the next three years. The fact that they have partnered for such a length of time at a difficult period for everyone, highlights the strong working relationship we have established over the years.

“We are both aligned in our commitment to the community and the people we serve, whether that’s supporters, students or both. The longevity of this partnership, the first of its kind for the club, will only help us both strengthen our goals and philosophy in the city and take it to the next stage.

“As a club and a university, we are two of the best-known institutions and contributors to the Swansea economy, while we also share many of the same values and visions.

“The football club can’t thank the university enough for their backing – and I’m sure our supporters will echo that sentiment.’’

Swans chairman, Trevor Birch, added: “The philosophy of this football club today is focused firmly on our local roots. As a club we have worked extremely hard over the last 12 months to re-establish our links with the community and local businesses.

“We have received encouraging feedback from local businesses through our City Business Network events. As a result, I believe we are closer now than we have been for many years. The fact that Swansea University believe in our principles to commit their support for the next three-years is testament to that.

“They are the perfect partner for us. They are deliverers of excellence – something we are also striving to achieve as we rebuild the club with the community at the heart of every decision we make.

"We look forward to working with them in the future to co-develop initiatives to achieve their goal of creating a truly global centre of sporting excellence.’’

Andrew Rhodes, Registrar and COO at Swansea University, added: “We are very pleased to have renewed this partnership with Swansea City, having built on the successful relationship with the club over the past number of years.

"This has been a fantastic relationship for us, with both organisations at the heart of the local community, and we look forward to the next three years working together.

“The relationship is much more than sponsorship and extends into our elite sports offering and our international coaching programme, as well as delivering support for the university, our students and the local area.

“We would like to thank everyone at Swansea City for their continued support as we continue to cement Swansea University’s position as the number one university in Wales, as well as a leading UK and global university.”

Winner of WhatUni’s University of the Year 2019

Top in Wales in The Guardian University Guide 2020

Everyone at Swansea City would like to thank Swansea University for their continued support.