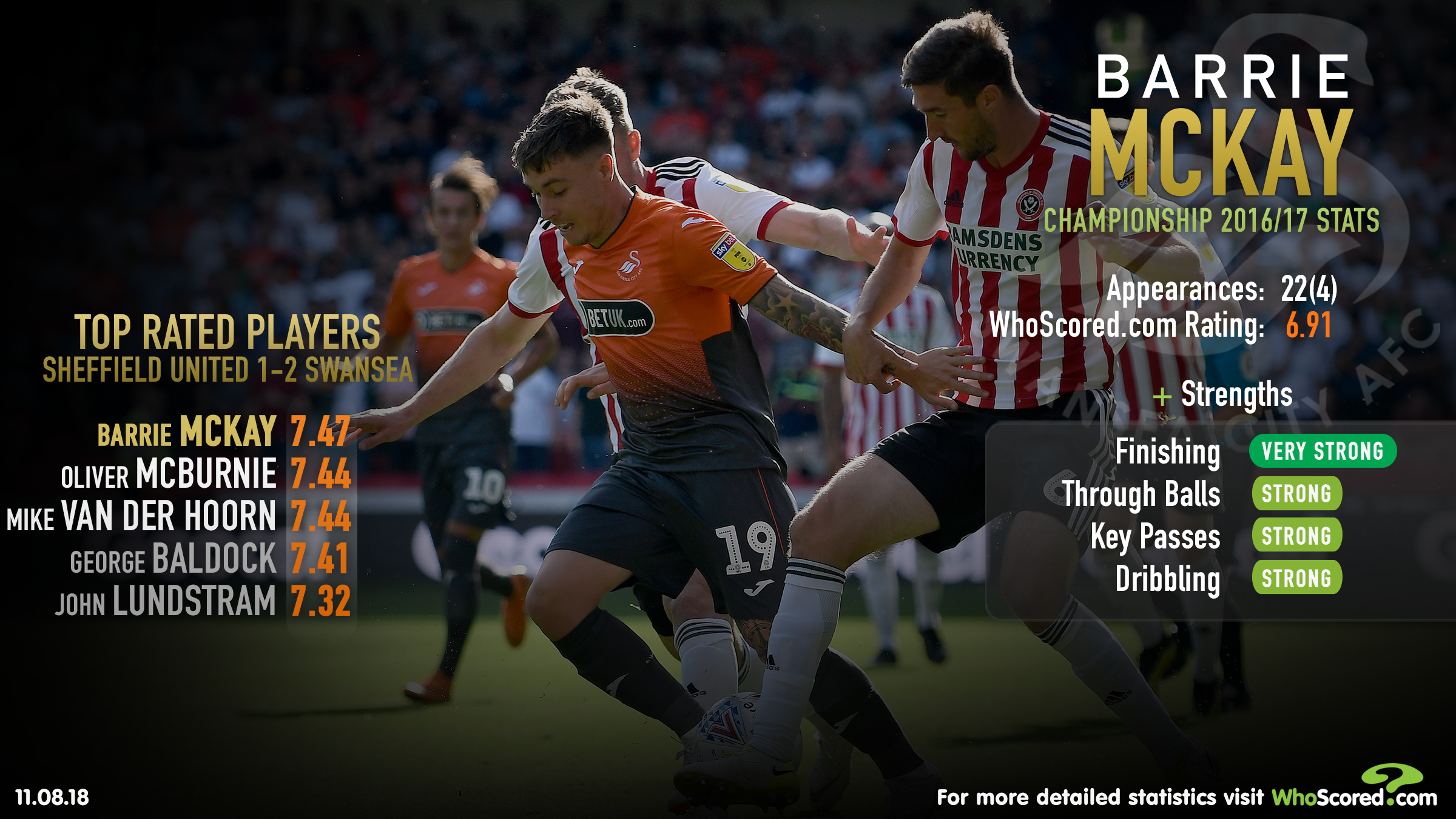 After securing a hard fought 2-1 win over over Sheffield United at the weekend, the Swans return to the Liberty Stadium for Graham Potter’s first home league game at the helm in South Wales.

Yan Dhanda’s late strike got Swansea off to the perfect start at Bramall Lane in last Saturday’s late kick-off as Potter’s side put an important three points on the board to start their quest for an immediate Premier League return on the right foot.

However, Preston last season proved they are no pushovers in this league. They ground out a 1-0 win over QPR on the opening weekend of this campaign and conceded just 46 goals in the Championship last term, the sixth fewest in the league.

Indeed, it’s going to be tough to break down this steadfast Preston outfit, but in Barrie McKay, Potter has a tricky attacking threat to really trouble Alex Neil’s side.

The 23-year-old made an immediate impact in his first league start for Swansea following his summer arrival from Nottingham Forest, providing the assist for Dhanda’s winner in Sheffield last week.

He came perilously close to scoring in the victory, too, having struck the woodwork minutes earlier.

All in all, it was a fine debut showing from McKay, whose WhoScored.com rating (7.47) was enough to earn the man of the match award.

A similarly impressive showing against Preston would go a long way towards helping Swansea to another win and quickly establish McKay as a fan favourite at the Liberty Stadium.

With statistically calculated WhoScored.com strengths of ‘key passes’ and ‘dribbling’, the Scot certainly has the means to trouble the Preston defence, even accounting for the Lilywhites’ defensive organisation.

McKay returned five goals and seven assists for Nottingham Forest last term and he made a decent stab at replicating those good figures with a fine start to life at Swansea.

Preston won’t be pushovers, though, and McKay will be up against the impressive Darnell Fisher this afternoon.

The 24-year-old full-back enjoyed a fine start to the Championship campaign having gained a WhoScored.com rating of 7.52 in the QPR win.

Fisher was a key man for Preston in their failed play-off push last term and is one of the more resolute full-backs in the league on his day.

That being said, McKay has the means to get the better of the Preston right-back.

His ability to ghost past an opponent will go some way towards helping Swansea follow up their opening weekend win with another vital three points.