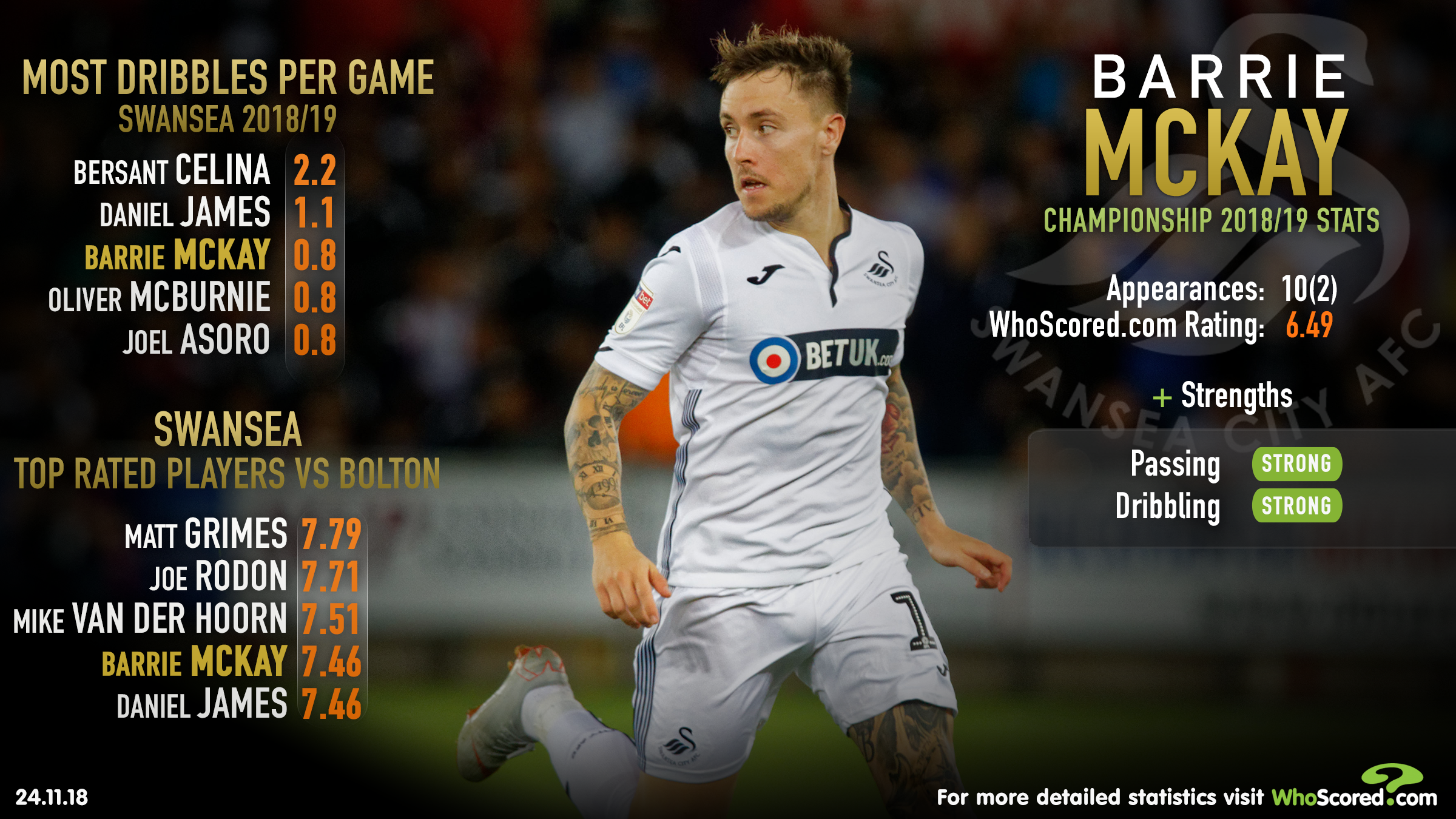 With international football now on a break until March, domestic action returns across the Continent.

Swansea City seek to follow up their 1-0 win at Bolton two weeks ago with another victory at the expense of league leaders Norwich City.

The Swans have won three of their last four league matches to lift them to within two points of the play-off places. Norwich may be on a five-match winning run, but WhoScored.com believe they know how the Swans can keep the Canaries grounded at the Liberty Stadium.

Norwich boast the best away record in the Championship this term, yet they have faltered on their recent visits to South Wales, losing their last two away meetings with Swansea and on four of their last six league trips to SA1.

They may have impressed on the road this season, but they have kept just two clean sheets in their last six away Championship matches, so while they are grinding out results, they have been far from solid at the back.

Swansea may not have been at their swashbuckling best at all times in front of their own fans this season, but they have recently begun to find their rhythm in the final third having scored two or more goals in the last four home league outings.

As they aim to extend that run today, McKay could be the key man for Graham Potter’s team.

The Scottish winger scored his first Swansea goal in the 1-0 win over Bolton and he’ll hope to follow that up with another matchwinning display against Norwich.

Having earned a WhoScored.com rating of 7.46, there’s no reason why McKay can’t churn out another solid performance against this afternoon.

McKay's average of 0.8 dribbles per game is the third best of all Swansea players this season, that reinforcing a statistically calculated WhoScored.com strength of ‘dribbling’.

That is a commendable return for McKay, who’ll hope to utilise his ability with the ball at his feet to keep the Norwich defence pinned back.

The good form of Jamal Lewis at left-back will go some way towards keeping McKay quiet, though.

The 20-year-old has impressed in his first season as first-choice in his position in Daniel Farke’s side.

One of Lewis’ two statistically calculated WhoScored.com strengths is ‘defensive contribution’ and averages of 1.8 tackles and 1.2 interceptions per game show why.

However McKay, like his team-mates, is coming into his own in attack having had a direct hand in a goal in two of his last four league outings.

Another performance similar to the one he produced against Bolton would certainly go some way towards ending Norwich’s winning run today.