The most bitter defeat to swallow - aside from a loss to a local rival - is to lose in the last minute of a match.

Swansea City were seconds away from a positive result at Fulham on Wednesday night, only for the Cottagers to snatch a late win courtesy of Aleksandar Mitrovic.

Today's trip to Blackburn sees just a point separating the Swans and hosts Blackburn Rovers in the table.

Rovers have been impressive under Tony Mowbray this season, and they have lost just one of their last 13 league matches at Ewood Park, that loss incidentally coming at the hands of Fulham.

Judging by the recent head-to-head record between Swansea and Blackburn, however, the visitors should be confident of putting a positive result on the board at Ewood Park this afternoon. Indeed, the Swans have lost just one of the last five meetings between the pair, while it is always worth taking into account Swansea's decent away form this season.

Only West Brom (two) and Nottingham Forest (three) have lost fewer away games than Swansea (four) in the Championship this season and it'll take a battling performance from the south Wales side to avoid adding to that return at Blackburn.

It's for that reason why Jay Fulton has such a pivotal role to play when the Swans make the trip to Lancashire.

The lack of aggression in the middle of the park could prove to be Blackburn's downfall on home turf this afternoon with Fulton making more tackles per 90 (3.3) than any other Swansea player this season

If he can ruthlessly win the ball as he did on Wednesday night - Fulton's seven tackles against Fulham is his best return in a Championship match this season - then Blackburn will undoubtedly struggle to wrestle control of the league clash.

In fact, of the six occasions Fulton has made his most tackles in a league game this season, four have come away from home. Cooper and Swansea will hope he can continue to dominate midfields with another of his all-action displays at Blackburn today to ensure Rovers are unable to add to their 22 home league goals this season, that in itself one of the lower returns in the Championship.

Fortunately for Swansea is that both Bradley Dack and Lewis Holtby are sidelined for the home side. The duo have been Mowbray's prime options behind the striker in his preferred 4-2-3-1 system and are Rovers' second and third top scorers in the league this season with nine and three goals, respectively, to their name.

Their absence are a boost for Swansea, with Mowbray struggling to find a consistent deputy for the duo having recently start Stewart Downing in the number 10 role for Blackburn's 0-0 home draw with Stoke on Wednesday night. Youngster Joe Rankin-Costello is another option for Mowbray, but the 20-year-old's only start in the position yielded a lowly WhoScored.com rating of 5.87.

And having failed to score in two of their last three home league matches, the goals issue is a concern that Mowbray needs to address, and quickly.

Fulton, though, will fancy his chances of marshelling the midfield at Ewood Park as the Swans look to maintain their good form against Blackburn and move closer to the top six at today's rivals' expense. 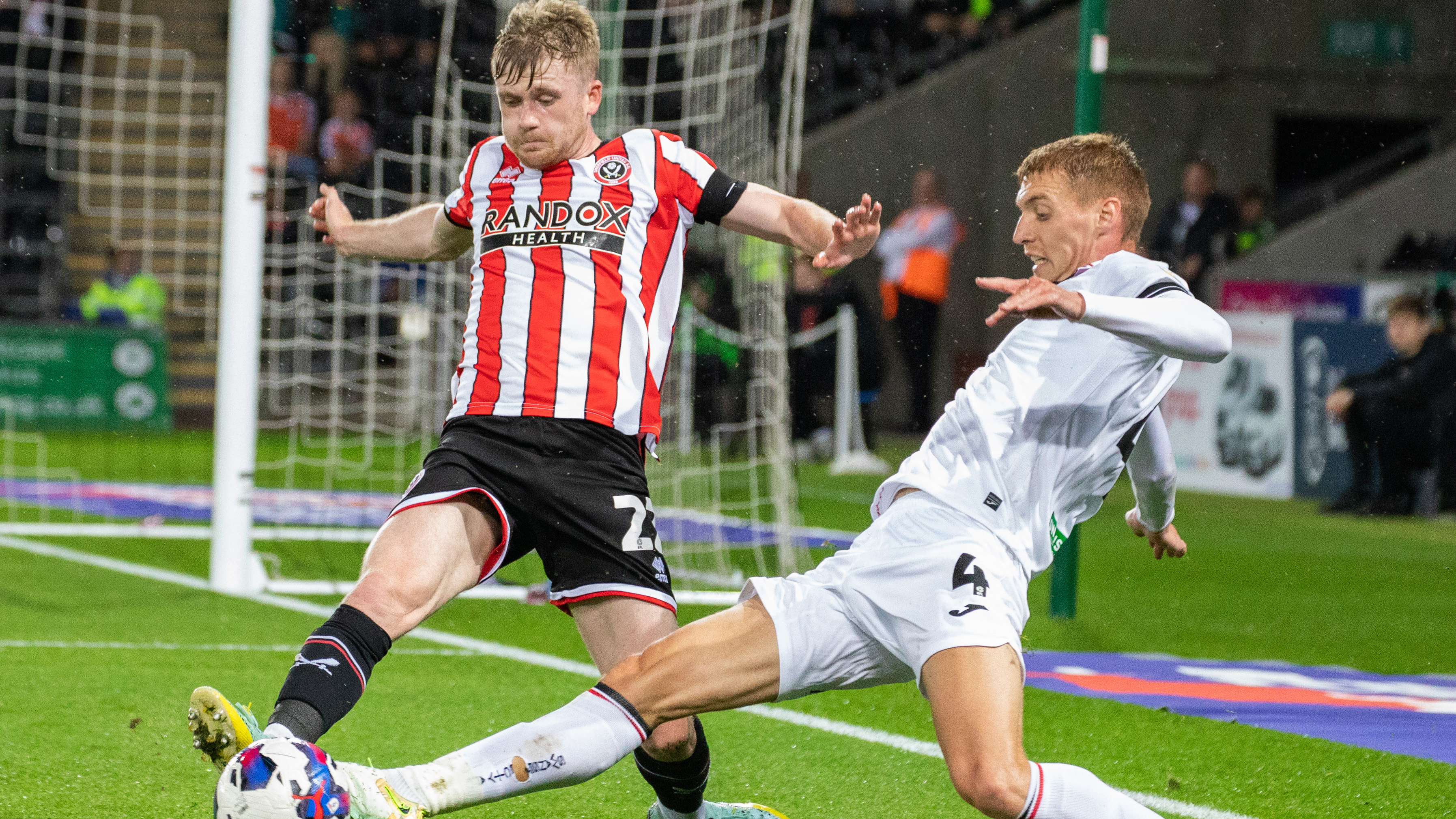 Swansea City midfielder Jay Fulton says it is down to he and his team-mates to take responsibility and stick together in order to turn around their recent late setbacks.