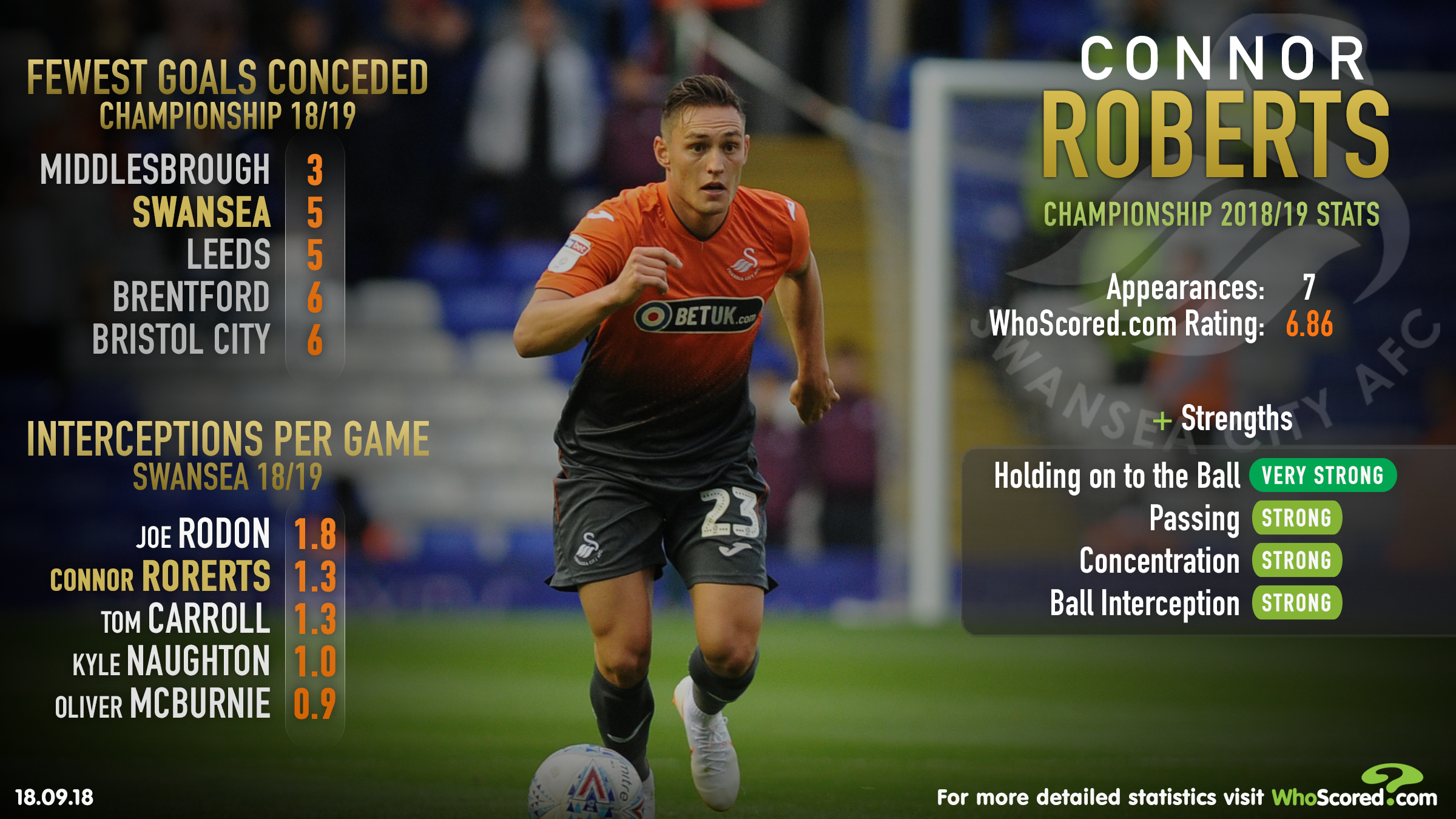 After being held to a 0-0 draw with Nottingham Forest at the weekend, Swansea are back in action tonight as they travel to Stoke City in a bid to maintain their unbeaten away run.

Despite coming into the season as Championship title favourites, the Potters are languishing down in 20th having picked up just six points from the opening seven matches.

At home, the Potters have really struggled to put teams to the sword.

Stoke have been traditionally difficult to play at the bet365 Stadium, yet they’ve won just one of three matches in front of their own fans this season.

What’s more, only QPR and Reading (both two) have scored fewer home goals than Stoke (three) in the Championship this season.

Their profligacy means a home conversion rate of just 6.9 per cent is among the worst in the league this term.

They won’t be handed any favours tonight either, with the Swans boasting one of the tightest defences in England’s second tier.

Indeed, only Middlesbrough (three) have conceded fewer goals than Swansea (five) in the Championship this season, which means three of the six statistically calculated WhoScored.com strengths they have developed are focused on defending.

One of the key players in their resolute start to the season has been youngster Connor Roberts.

The 22-year-old featured sporadically last term, but has quickly established himself as a first-team regular under Graham Potter.

He’s played every minute of the Championship campaign so far and has gained a WhoScored.com rating of 6.86 to boot.

His defensively solid displays have been crucial at the back, with his fine reading of the game vital in cutting out opposing attacks and allowing Swansea to quickly transition from defence to attack.

One of his four statistically calculated WhoScored.com strengths is ‘ball interception’ and for good reason too.

Only Joe Rodon (1.8) is averaging more interceptions per game than Roberts (1.3) of all Swansea players this season.

With one of Swansea’s statistically calculated WhoScored.com strengths being ‘counter-attacks’, Roberts’ ability to cut out danger will be essential tonight in the Swans’ pursuit of all three points.

However, he needs to avoid shirking his defensive responsibilities if Swansea are to land a win tonight, with Mame Biram Diouf expected to feature on Stoke’s left wing.

The 30-year-old attacker is yet to really impress this season, but on his day, he’s a difficult player to face and Roberts must be sharp in order to deny the Senegalese forward, with both the ball at his feet and in the air.

If the young Wales international churns out another solid display from right-back, though, then the Swans could put three further points on the board.