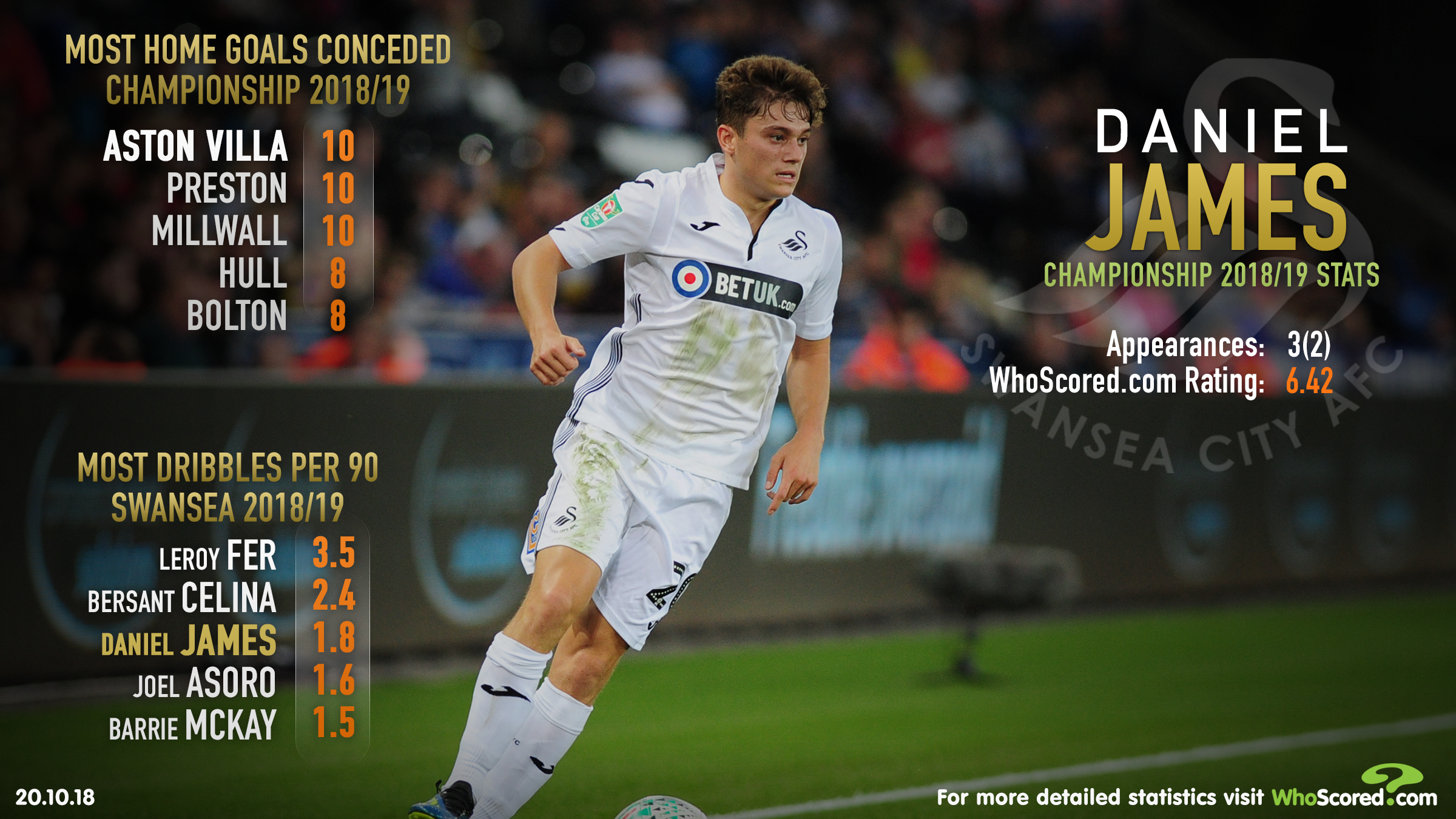 The Swans would love nothing more than to start December with a victory.

Defeats to Norwich and West Brom have hit their push for a play-off place, but they have an opportunity to return to winning ways against a Derby side who have faltered a little of late.

Youngster Daniel James has been in good form in recent weeks, with his goal against Norwich last weekend meaning he has now had a direct in four goals in his last six league appearances.

Boss Graham Potter would like nothing more than to see him continue his run of strong performances at Pride Park.

Derby have failed to keep a clean sheet in their last 11 league matches and the lack of defensive solidity means all of the four WhoScored.com weaknesses they have developed are focused on defending.

One of those happens to be ‘stopping opponents from creating chances’ and it’s here where James can capitalise.

One of James’ four statistically calculated WhoScored.com strengths is ‘key passes’ and for good reason too, with the 21-year-old making 1.2 key passes per 90 this season.

After being handed his chance to impress at the Liberty Stadium this term, James is wasting no time in grabbing his opportunity with both hands as a respectable WhoScored.com rating (6.77) suggests.

Only Sheffield United (42 per cent) attack more down their left side than Swansea (39 per cent) in the Championship this season and if James continues his good performances, his team will benefit today.

However, teenage right-back Jayden Bogle will do all he can to stop James from maximising his attacking qualities.

The 18-year-old has played well since coming into the team and establishing himself as first choice under Lampard, as returns of 1.8 tackles and 0.6 interceptions per game suggest.

That being said, he is being dribbled past an average of 0.6 times per game and with James boasting a statistically calculated WhoScored.com strength of ‘dribbling’, the Swans star very much has the means to get the better of Bogle today.

With James in such good form, Swansea will be looking for the wideman to put in another solid display.

If James plays to the best of his ability, then Potter's men could be celebrating come tonight.