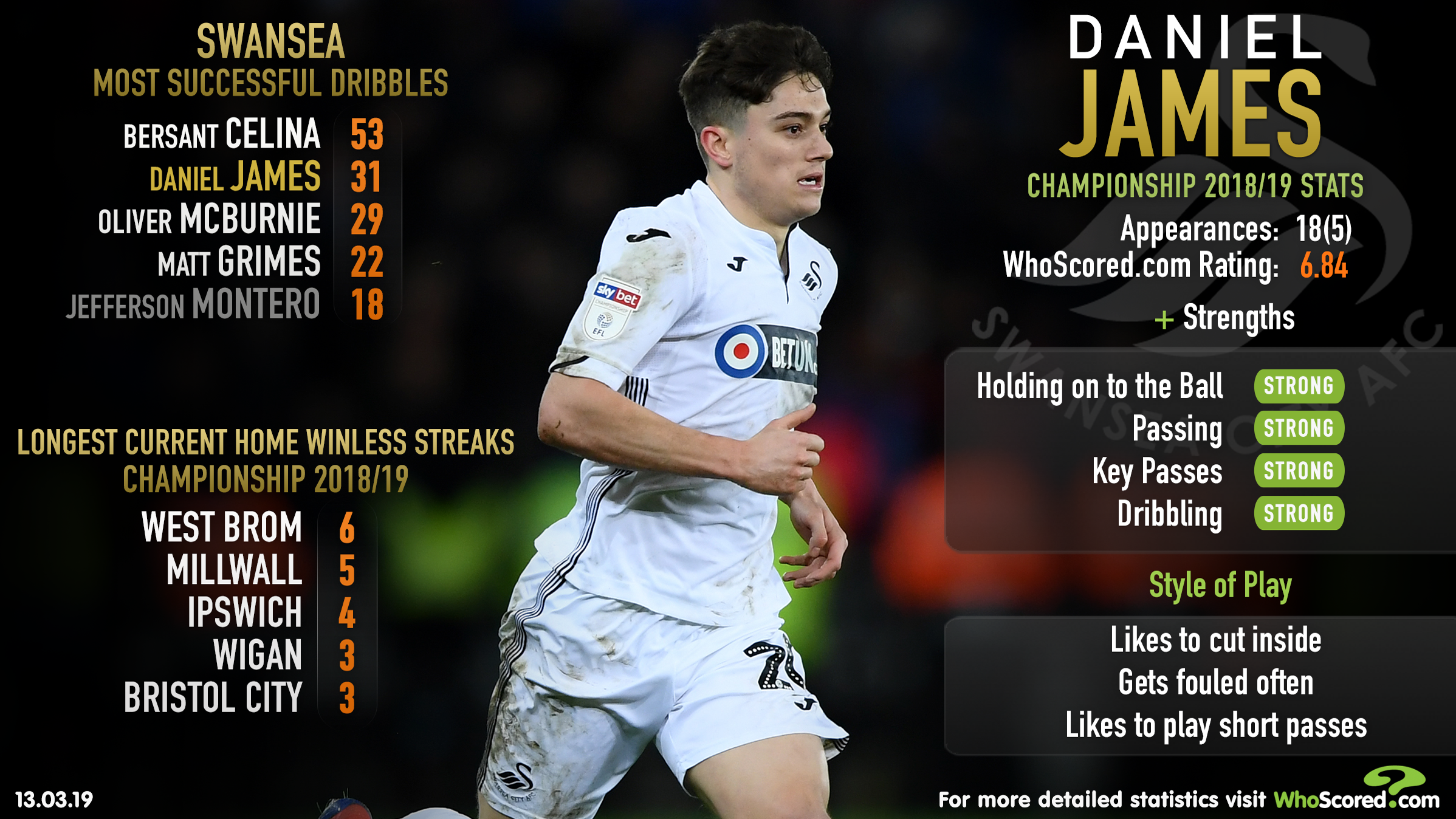 Swansea have endured a tough run of games of late having faced title contenders Leeds and Norwich in recent weeks, and the fixtures don’t let up as they make the trip to Hawthorns to take on West Brom tonight (8pm).

However, the Swans have a decent recent record against the Baggies and are unbeaten in three of their last four meetings between the pair, winning two.

West Brom come into the game without a full0time manager after Darren Moore was relieved of his duties over the weekend following a 1-1 home draw with bottom side Ipswich, and they are now without a win in three, which has seen them fall out of the race for automatic promotion.

That being said, the Baggies aren’t to be underestimated, with West Brom currently fourth in the Championship.

James Shan takes charge of the team and is aiming to correct West Brom’s current home woes. The Baggies’ run of six home games without a league win, a run stretching back to Boxing Day, is the longest current home winless streak in the Championship and the task tonight is to right that form and get their promotion push back on track.

The uncertainty plaguing the Hawthorns at present, though, means now could be the perfect time to play West Brom. Swansea may be struggling on the road, but they have what it takes to return to winning ways and further dent West Brom’s promotion push.

In Daniel James, Swansea have the ideal attacker to come away from the Midlands with all the spoils.

While Swansea may have lost to Championship title contenders Norwich last time out, James impressed with his WhoScored.com rating (7.16) the second best of all Swansea players. The 21-year-old led the line well at Carrow Road, but he could be moved to a more familiar wide role and this should boost Swansea in their pursuit of three points.

Indeed, one of Swansea’s statistically calculated WhoScored.com strengths is ‘attacking down the wings’ with 38% of their attacks coming down either the right or left flank.

James is set to start on the left and having completed 31 dribbles - only Bersant Celina (53) has completed more of all Swansea players this season - reinforces a statistically calculated WhoScored.com strength of ‘dribbling’, he has the means to put a West Brom side that has kept just one clean sheet in their last 13 home league matches to the sword.

James has had a direct hand in three goals in his last seven appearances, so he is in good form coming into this clash, which means Mason Holgate may have a tough task on his hands to deny the Welsh forward from playing a key role.

The 22-year-old defender boasts a fine WhoScored.com rating of 7.19 for the Baggies this season and ranks top for both tackles (2.7) and interceptions per game (2.1) of all West Brom players, with the latter quality reinforcing a statistically calculated WhoScored.com strength of ‘ball interception’.

However, James is impressing coming into this clash and if he can shine once more, Swansea will have the chance of securing a win and prolonging West Brom’s poor home form.

The Swans clash with West Brom is available on SwansTV LIVE across the globe, including the United Kingdom and Ireland.

To watch the game you can sign up HERE for £10.

The broadcast will start at approximately 7.30pm with a pre-match show featuring Sioned Dafydd and Lee Trundle. The live stream will be a multi-camera operation with full commentary from Wyndham Evans and Anthony O'Connell. The production will also include multiple replays as well as a pre-match, half-time and post-match show.

Live audio is also available to all our fans globally and you can sign up to listen HERE.