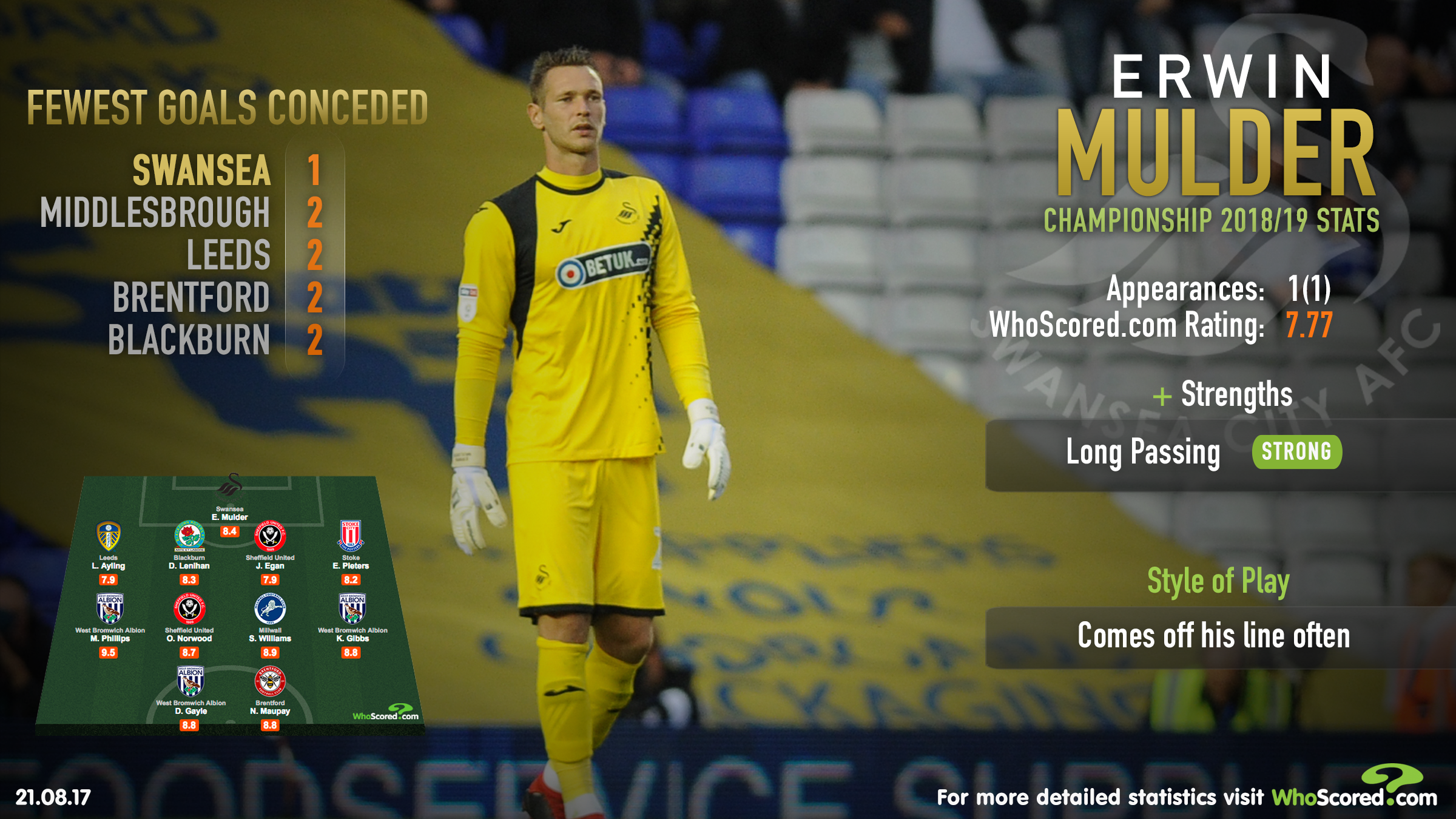 Seven points from a possible nine is a commendable return from Swansea City so far this season.

Attention now turns to tonight’s visit of Leeds United, who have been in fine form since Marcelo Bielsa took over the reins at Elland Road.

The Swans have conceded only one goal in three games this season, which is fewer than any other Championship team this term.

However, their toughest test so far will come against Leeds, with Bielsa’s side netting the second most goals (nine) in England’s second tier far.

Their return is bettered only by a West Brom side (13) who smashed seven past QPR on Saturday.

Leeds have shipped just the two goals in three league matches and this promises to be a close encounter between two teams who hope to be vying for promotion to the Premier League this season.

Stopping Leeds from maximising a statistically calculated WhoScored.com strength of ‘finishing scoring chances’ is key if Swansea are to make it back-to-back home league wins to kick off the season, and crucial to that will be Erwin Mulder.

The Dutchman stepped in for the injured Kristoffer Nordfeldt – who sustained a groin strain in the first half of the 1-0 win over Preston – impressively and followed that up with a clean-sheet attaining performance in Friday’s 0-0 draw at St. Andrew’s.

Mulder’s display in the Midlands returned a WhoScored.com rating of 8.37, which was enough for him to feature in the Championship team of the week.

His two performances for Swansea so far have seen him gain a WhoScored.com rating of 7.77, better than any other player in Graham Potter’s side, while a save success rate of 100 per cent is the best in the league, with Mulder saving all 11 shots on target he has faced.

Given Leeds’ WhoScored.com rating (7.15) is the best in the Championship so far this season, Swansea and Mulder need to be on top of their game if they are to maintain their unbeaten start to the campaign.

The in-form Kemar Roofe will ensure Leeds remain a threat in the final third throughout the Championship clash.

Only Jay Rodriguez (four) has scored more goals than Roofe (three) in the Championship this season, while no player has won more WhoScored.com man of the match awards than the Leeds forward (two) this term.

A WhoScored.com rating of 7.90 is the fourth best in the Championship so far, with the 25-year-old enjoying a blistering start to life in his third season at Elland Road.

Roofe has a statistically calculated strength of ‘finishing’, hence Mulder needs to be wary of his goalscoring threat.

Should he take the striker’s quality in front of goal lightly, then Swansea could be made to pay.

That being said, Mulder has proven his goalkeeping calibre when called upon over his two league outings this season and there is no reason why he can’t put in another man of the match showing tonight.

If he is on top of his game once more, than Swansea can earn themselves another positive result to prolong their unbeaten start to the campaign.