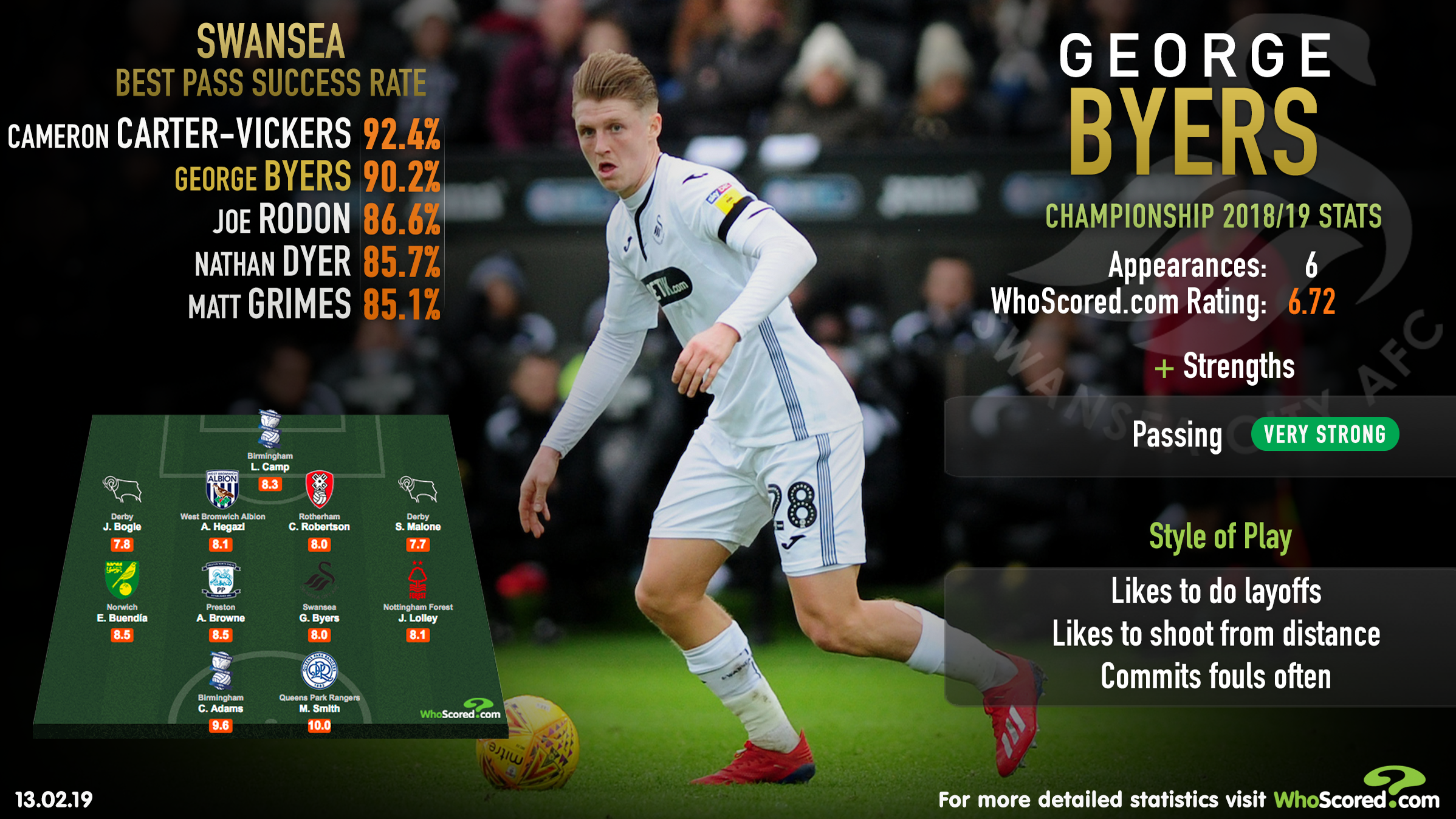 After a disappointing defeat at Bristol City, Swansea got their play-off push back on track with a professional 1-0 win over Millwall on Saturday, but they can’t simply rest on their laurels if they are to mount a sustained push for a top-six finish.

Indeed, the Swans make the trip to Elland Road as they take on a Leeds side that’ll be hellbent on returning to winning ways following a two-game winless run.

They themselves were lucky to secure a point at the weekend as they bagged a late equaliser in their 1-1 draw with Middlesbrough in Saturday’s early kick off, with Leeds’ promotion charge stuttering in recent weeks.

While previously feared, Marcelo Bielsa’s side have recently struggled to reclaim top spot in the Championship. Indeed, of their three home defeats this season, two have come in the last three matches at Elland Road.

Swansea will be hoping to inflict further misery upon the Yorkshire outfit and, in the process, maintain their good away form. Only three teams have conceded fewer away goals than the Swans (17) in the Championship this season and - after a man-of-the-match performance against Millwall - George Byers will hope to put in another splendid showing in tonight’s meeting with Leeds.

The Scotland Under-21 cap netted the first-half winner in Saturday’s 1-0 win over the Lions and was rewarded with a spot in the WhoScored.com Championship team of the week as he returned a rating of 8.02. Graham Potter will hope to oversee a similar display against Leeds as Byers looks to make just his seventh league appearance of the campaign.

His ability in possession could prove crucial again for the Swans this evening. While his winning goal was key, his sole WhoScored.com strength happens to be ‘passing’ and for good reason too.

Only Cameron Carter-Vickers (92.4%) has a better pass success rate than Byers (90.2%) of all Swansea players in the Championship this term. Given Leeds (59.8%) have the highest possession return in England’s second tier, Swansea need to retain the ball in order to frustrate their hosts and maintain their record of two wins and one draw in their last four meetings with Bielsa’s side.

For that to happen, though, it’s crucial that Swansea keep the ball away from dangerman Pablo Hernandez. The experienced Spaniard has registered more assists (11) than any other player in the Championship this season and his attacking quality has been vital in Leeds’ push for a Premier League return.

With a statistically calculated WhoScored.com of ‘key passes’, keeping Hernandez’s creative talent at bay could play a decisive role at Elland Road tonight when the former Valencia man takes on another of his old clubs.

Byers has been a sturdy performer under Potter when called upon and another man-of-the-match display will do him the world of good in the long run as he looks to consolidate a regular starting spot at the Liberty Stadium.

If he can continue his recent form, then it won’t be long before he is a regular feature in this Swansea side.