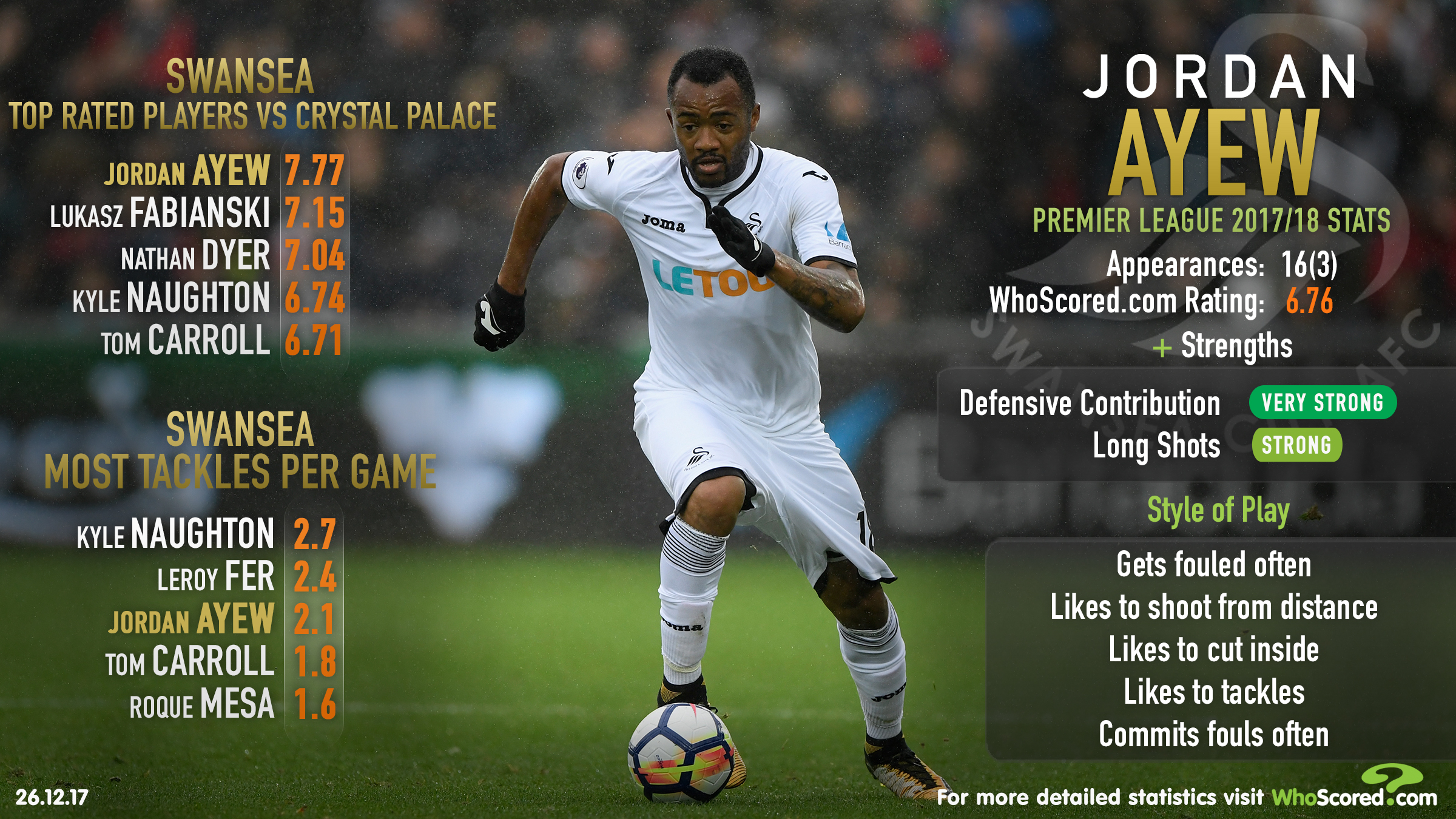 Leon Britton secured a commendable point in his debut match in charge of the Swans as they came from behind to secure a 1-1 draw with Crystal Palace.

While the trip to Liverpool will be harder to navigate, the Swans can take solace from a positive result against the Eagles as they look to upset the odds today.

The Swans earned a 3-2 win over Liverpool in this fixture last season and they’ll hope for a repeat at Anfield.
Liverpool have struggled to break down teams that sit deep and remain compact to frustrate the Reds this season, with Burnley, West Brom and Everton all securing draws on Merseyside.

Those three clubs have the lowest away possession averages in the Premier League this campaign and Swansea have proven on occasion this term they can adopt a similar approach and come away with a result, as they demonstrated in a 0-0 draw with Tottenham back in September.

Doing something similar this evening could be vital to the Swans’ hopes of landing at least a point and the hero of the day in the 1-1 draw with Palace has an influential role to play.

Jordan Ayew came off the bench to score the equaliser and won the WhoScored.com man of the match award with a rating of 7.77.

The Ghanian will hope to return to the starting XI for the meeting with Liverpool and he may be crucial should he feature form the off.

Ayew has two goals and two assists, meaning only Tammy Abraham (five) has had a direct hand in more league goals among Swans players this season.

Ayew’s hard work off the ball will also help to stifle the Reds’ fluid attack.

Liverpool’s frontline is renowned as one of the best in Europe and cutting the flow to the likes of Mohamed Salah, Roberto Firmino and Sadio Mane is essential.

However, Ayew has developed a statistically calculated WhoScored.com strength of ‘defensive contribution’ while a return of 2.1 tackles per game is the third best of all Swansea players.

Working tirelessly out of possession is a must at Anfield, though the 26-year-old Ayew is adept when it comes to applying pressure on opponents.

Cutting the lines to the attack is of the utmost importance today and with Liverpool boss Jurgen Klopp demanding his full-backs press forward to support their attack, keeping Trent Alexander-Arnold at bay will limit the chances the Reds have to stretch the Swansea backline.

The young right-back has a promising future ahead of him and having developed statistically calculated WhoScored.com strengths of ‘crossing’, ‘key passes’ and ‘dribbling’, the 19-year-old must be watched.

Should Ayew perform to the standards expected of him, Alexander-Arnold may struggle to get forward and one of Liverpool’s prominent offensive routes to goal will but cut out, thus increasing the chances of Swansea springing another surprise at Anfield.