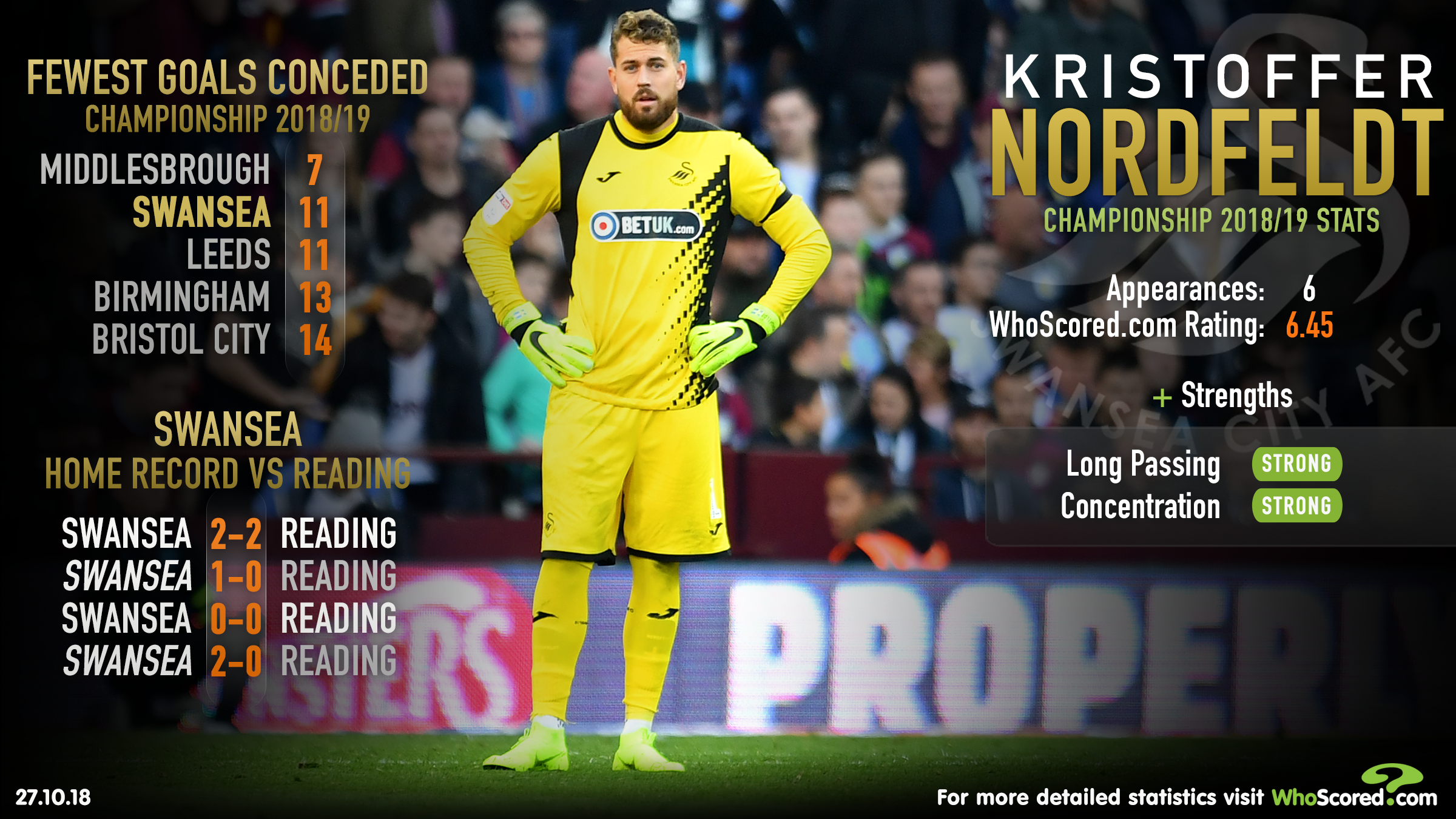 After the 1-0 loss at Aston Villa last weekend, Swansea made amends with a 3-1 win over Blackburn in midweek.

The hosts rode their luck on occasion, but three points at the expense of one of the better away teams in the league will boost morale ahead of today’s meeting with Reading.

The Royals occupy one of the relegation spots coming into the weekend’s action, yet Swansea need to be wary of the attacking threat Paul Clement’s side carry.

Clement returns to the Liberty Stadium hoping to prove a point to his former employers, though that will be easier said than done for Reading.

They may have only lost three away league matches this season, but two of those have come in back-to-back games on the road and Swansea will look too make it three from three away from home this afternoon.

Indeed, Swansea are unbeaten in their last four home meetings with Reading, winning two, so should be confident of maintaining their home stranglehold over the Royals.

Keeping the Reading attack at bay is of the utmost importance here, however. One of their two statistically calculated WhoScored.com strengths is ‘finishing scoring chances’ while 10 away goals scored is one of the better returns in England’s second tier.

Swansea, though, have the means to keep the Royals at bay on home turf. Only Middlesbrough (seven) have conceded more goals than Swansea (11) in the Championship this season, which means three of their six statistically calculated WhoScored.com strengths are focused on defending.

Graham Potter will hope to oversee another defensively resolute showing, which means goalkeeper Kristoffer Nordfeldt could be set to play a key role.

The Swede has reclaimed the No. 1 spot in South Wales following injury and for good reason too. Swansea boast a better win ratio with him starting in the Championship this season (50 per cent) than without him (25 per cent).

Nordfeldt's ability with the ball at his feet is a big reason behind Potter's decision to re-install him as the club’s starting keeper.

Nordfeldt’s pass success rate (79.9 per cent) is better than any other goalkeeper in the Championship and reinforces a statistically calculated WhoScored.com strength of ‘long passing’.

If he can pick out his outfield teammates with ease today, then Swansea have the means to surprise Reading and spring quickfire attacks that will help the hosts to victory.

However, while the goalkeeper has the means to help the Swans attack, he’ll need to be on top form to keep Reading striker Jon Dadi Bodvarsson at bay.

Of the 19 goals the Royals have scored in the Championship this term, seven have been netted by the Icelander.

Four of those seven have come away from - only Lewis Grabban and Neal Maupay (both five) have hit the back of the net more times in away games than Bodvarsson in England’s second tier this term - and with a WhoScored.com strength of ‘finishing’, denying the Iceland international from scoring will prove vital.

Swansea, though, boast the better win percentage with Nordfeldt starting and should he play to the best of his ability, they should be good value to secure back-to-back home wins today.