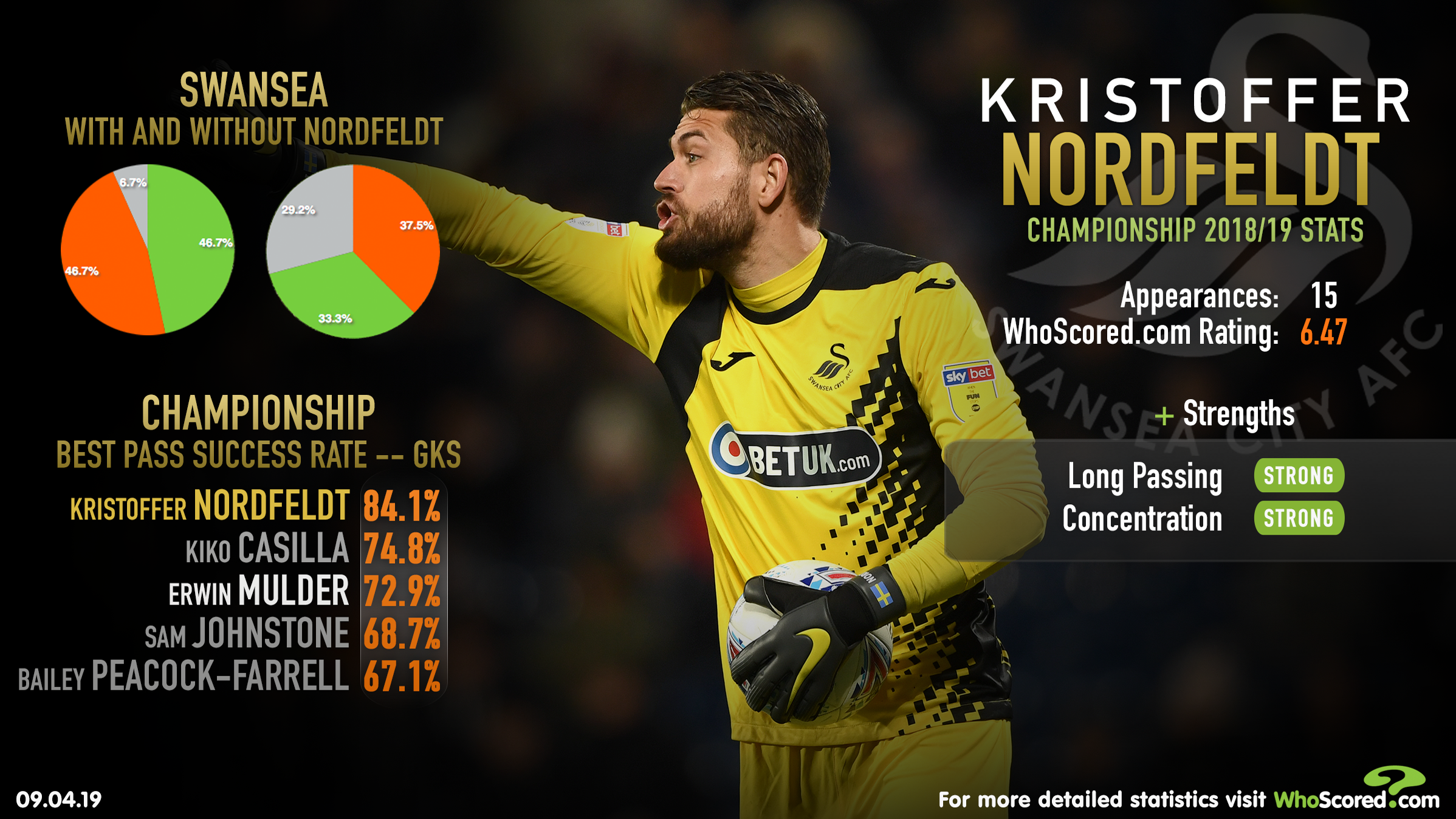 Swansea have seven games to play this season and a nine-point gap to make up between themselves and the play- offs. If the Swans are to make a late surge for a promotion finish, they’ll need to start by beating Stoke tonight.

Graham Potter has overseen successive home league wins over Brentford and Middlesbrough and they will look to make home advantage count when they host the Potters.

Indeed, Swansea have lost only one of their last 10 home matches in all competitions and are one of only three Championship teams yet to lose a home match in 2019 having picked up 16 of 18 available points at the Liberty Stadium this year.

They’ll be hoping to extend that fine run at Stoke’s expense, with the Potters struggling following their relegation last summer.

While Stoke are unbeaten in their last nine league matches, they have won only two of those and have scored just once in their last five Championship outings, that a Peter Etebo goal in their recent 1-0 win at Blackburn.

Only four teams have scored fewer away goals than the Potters (18) in the Championship this season and given their goalscoring profligacy of late, Swansea will be confident of a clean sheet at Stoke’s expense tonight.

Only Sheffield United (3) have conceded fewer home goals than Swansea (4) in the Championship in 2019 and with Kristoffer Nordfeldt between the sticks, another three points to go with a clean sheet is very much on the cards.

Swansea have a better win ratio with Nordfeldt starting (46.7%) than without him (33.3%) in the Championship this season, so the home side will be aiming for another three points against Stoke in front of their own fans.

Going forward too, the Swede is one of only six goalkeepers to provide an assist in England’s second tier this term having created Nathan Dyer and Swansea’s second goal in their 3-0 win over Brentford as he maximised a statistically calculated WhoScored.com strength of ‘long passing’ to good effect.

The direct approach proved a fine way of prying Brentford apart and it’s Nordfeldt’s ability to pick out a team-mate with ease that has caught the eye.

Potter looks for every player to be involved in the build up play and Nordfeldt is no different, with the 29-year-old an effective additional outfielder where required.

His pass success rate (84.1%) is the best of all goalkeepers in the Championship this season and the ease with which the shotstopper is able to play the ball out from the back could prove key for the Swans in their bid to take three points off of Stoke.

Such has been Stoke’s goalscoring woes this season that top goalscorer Benik Afobe has just eight league goals to his name.

The 26-year-old has gained a WhoScored.com rating of 6.51 this term, that one of the worst of all Stoke players, however, six of his eight league goals have come away from home this term, so he remains a threat, even if he has scored just once on the road in 2019.

Yet with Swansea boasting a better win ratio when Nordfeldt starts, the Swede has what it takes to keep his Stoke adversary at bay tonight to help the Swans to a clean sheet and another three points.