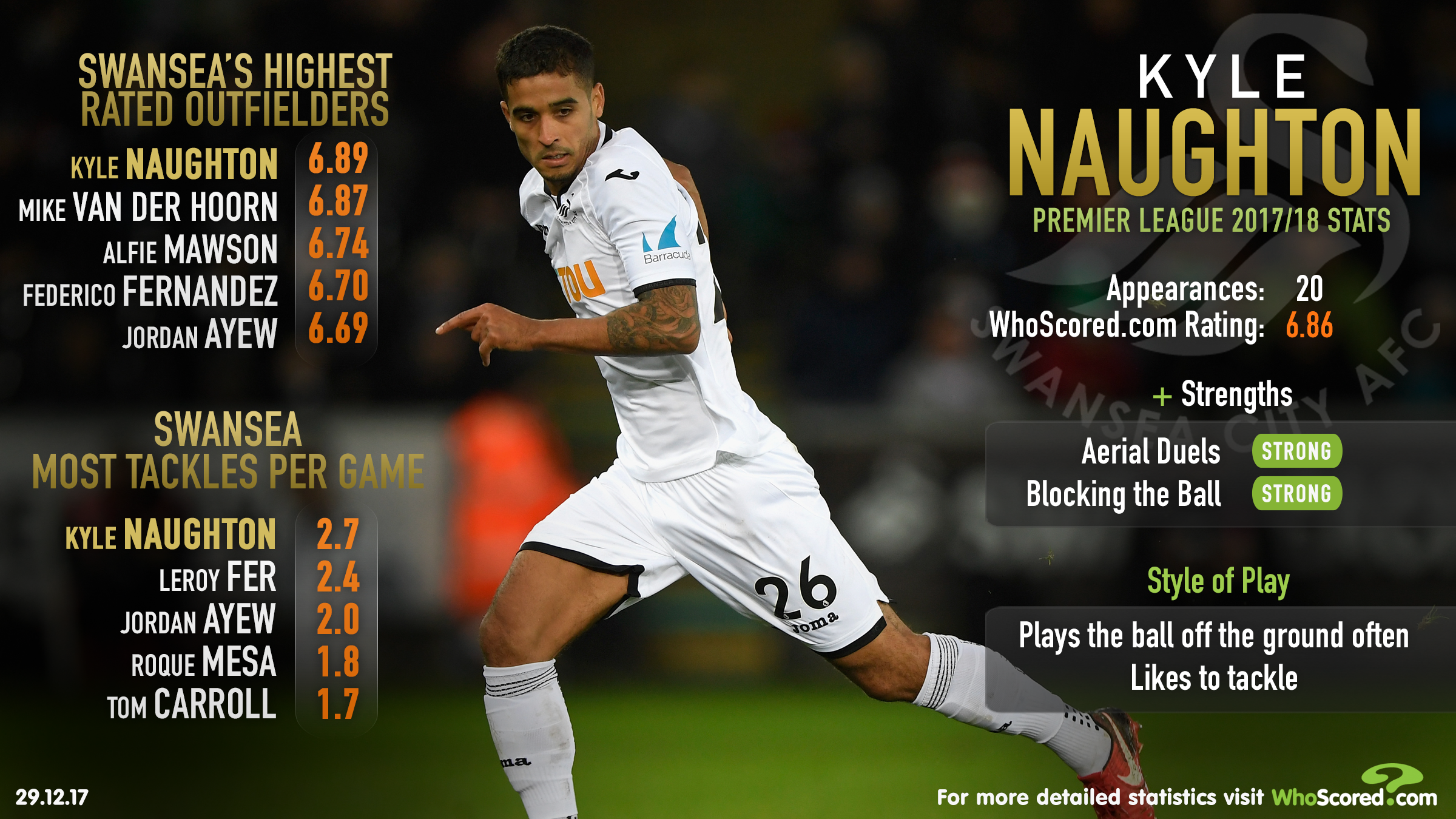 Carlos Carvalhal will make his bow as Swansea City manager away to Watford today and the 52-year-old will look to finish 2017 on a winning note.

This is only the sixth time these two teams have met in the Premier League and the last five matches have been hard-fought encounters.

In fact, only on one occasion did either team manage to score more than once, so it’s only appropriate we take a look at the Swansea defence for this meeting.

The Swans have had the luxury of fielding a fairly settled backline throughout the season, illustrated by the fact their three most used outfielders are all defenders.

Aside from Boxing Day’s defeat to Liverpool, Swansea have been relatively tight at the back all season.

Kyle Naughton, especially, is one of the defenders that has established himself as a Swans regular this season.

The 29-year-old is Swansea’s highest WhoScored.com rated outfielder (6.89), which is all the more impressive when you consider he has only missed 12 minutes of Premier League action this season.

Naughton’s task this weekend could well be to mark Watford star Richarlison, who is exceeding expectations for the Hornets in his first season in English football.

The 20-year-old has won the WhoScored.com man of the match award twice as many times as any other Watford player this season (four), but his best performances for Marco Silva’s side have come on the road.

While the Swansea right-back can expect another challenging afternoon, he should take confidence into the game.

Richarlison is undoubtedly Watford’s main attacking threat but Naughton has the tools to keep him at bay.

Statistically calculated WhoScored.com strengths of ‘aerial duels’ and ‘blocking the ball’ will prove integral to Naughton’s cause.

The right-back’s knack of being in the right place at the right time should at least prevent Richarlison, who doesn’t need a second invitation to shoot, from testing Swansea goalkeeper Lukasz Fabianski too often, while his ability in the air also stands him in good stead against the Watford No.11.

Not only is Richarlison a menace with the ball at his feet, but he is an aerial threat, accentuated by his own statistically calculated WhoScored.com strength of ‘aerial duels’.

In fact, only Alvaro Morata (19) and Harry Kane (18) have attempted more headed shots than Richarlison (17) in the Premier League this season.

Should Naughton perform to the standards expected, then he stands a great chance of nullifying Watford’s most influential player (five goals, four assists) and handing Carvalhal the chance to make a winning start to life at Swansea.