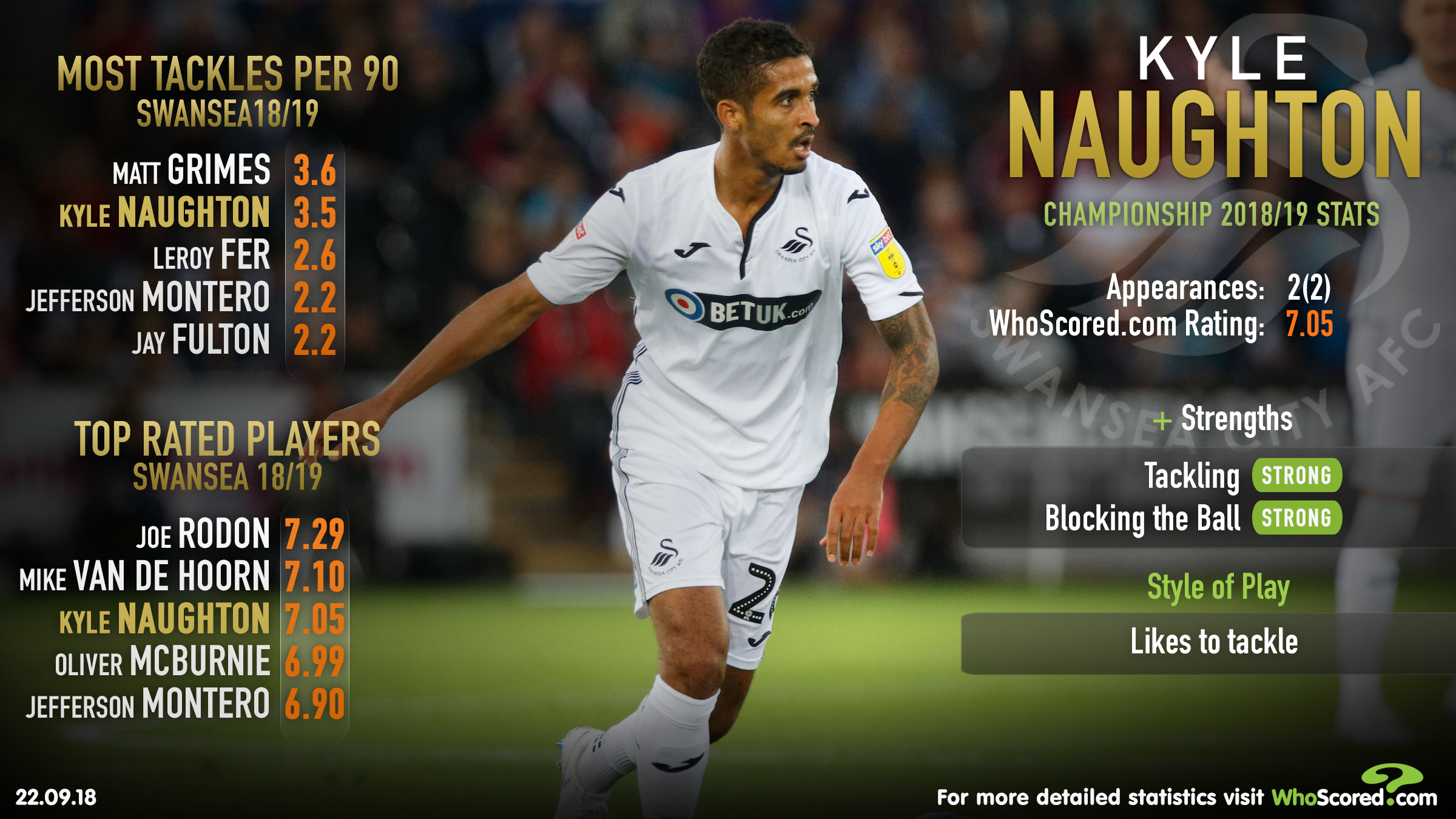 Swansea will be aiming to bounce back from the disappointing 1-0 loss at Stoke in midweek, but their task doesn’t get any easier today.

Graham Potter takes his team to the Riverside Stadium, where they face high-flying Middlesbrough.

Tony Pulis’ side sit second in the Championship, one point behind table-toppers Leeds.

Pulis’ men won’t make things easy for Swansea today, which is to be expected from a side managed by the Welshman.

They’ve conceded fewer goals (three) than any other Championship team this term and have kept more clean sheets (six) than any other side in England’s second tier this season.

However, because they are solid at the back doesn’t mean Middlesbrough are impenetrable.

Norwich sprung an upset last weekend when they beat Boro 1-0 at Carrow Road and while on home turf today, the Teesside outfit still have their weaknesses.

Nonetheless, it will take a huge effort from every Swansea player to deny Middlesbrough a second successive league win.

Kyle Naughton has been playing in a central midfield role of late and could start against Boro today in the middle of the park.

He is no stranger to testing matches, having come on against Millwall at the beginning of the month and helped 10-man Swansea to a hard-fought 2-1 victory in the capital.

Naughton netted a key goal in the win and earned the man of the match award with a WhoScored.com rating of 7.99. His average WhoScored.com rating this season (7.05) is the third best of all Swansea players and Potter will be looking for another solid display from the experienced 29-year-old.

Naughton has gained a statistically calculated WhoScored.com strength of ‘tackling’, so the Swans can expect to compete in midfield.

Only Matt Grimes (3.6) is making more tackles per 90 than Naughton (3.5) of all Swansea players to make more than one appearance in the Championship this season, with the former Tottenham man working tirelessly off the ball.

He’ll need to be on top of his game in order to ensure Jonny Howson is unable to flex his creative muscles for Boro.

The midfielder has one assist to his name this term, while a return of 1.4 key passes per game is the third best of all Middlesbrough players this season.

One of Boro’s statistically calculated strengths is ‘creating goalscoring chances’. Howson is key to that and keeping the 30-year-old quiet is vital for Swansea.

With Naughton working hard when out of possession, though, the Swans have the means to come away from the Riverside with a positive result.