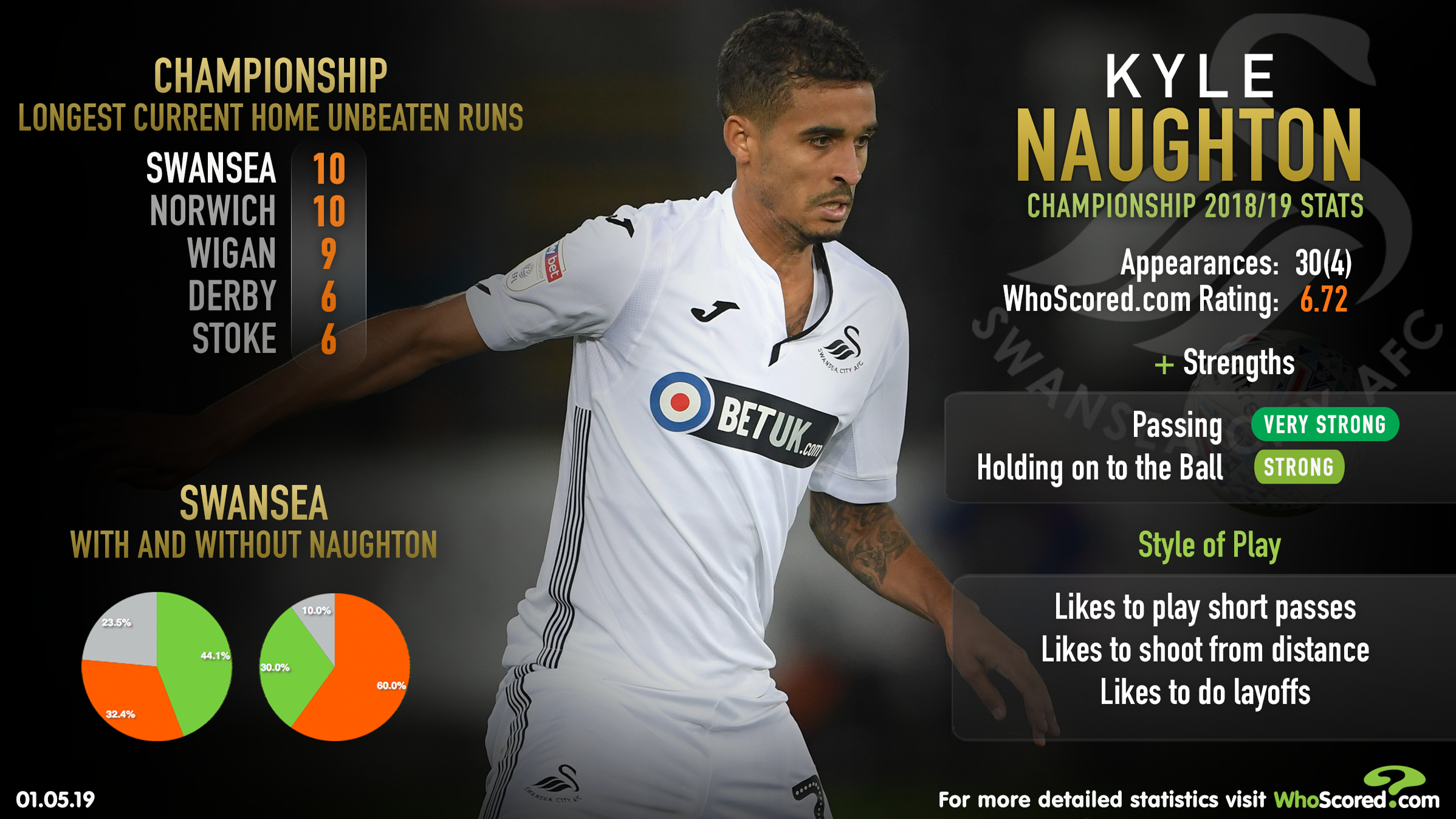 Swansea’s play-off hopes were extinguished at the weekend as Hull fought from 2-0 down to draw 2-2 at the Liberty Stadium. However, this season has been a learning curve for Graham Potter and his Swansea side and they’ll take plenty of lessons from a fine campaign that they’ll look to end strongly.

Tonight’s welcome of Derby is their final home league match of the season and they will now strive to throw a spanner in the works in the race for the top six.

The Rams occupy the final spot in the top six on goal difference only and Frank Lampard will demand his players focus on the task at hand in their trip to south Wales.

Derby, though, have faltered on their travels this season, with their 2-0 win at play-off rivals Bristol City last weekend their first in nine away matches.

Now up against a Swansea side that is unbeaten in their last three home meetings with Derby, and in the midst of a 10-game undefeated run at the Liberty Stadium - no team is on a longer current home unbeaten streak in the Championship - Derby’s play-off pursuit could suffer another setback in this midweek encounter.

Maximising Kyle Naughton’s experience may prove crucial for the Swans as they seek to bow out from the Liberty Stadium for another season on a high.

The 30-year-old has gained a modest WhoScored rating of 6.72 in the Championship this season and his performances when called upon means that Swansea have a better win ratio with Naughton (44.1%) than without him (30%) in England’s second tier this term.

Against a Derby outfit that has a similar possession-based approach to Swansea, Naughton’s ability to keep hold of the ball and successfully find a team-mate can go a long way to ensuring the Rams see as little of the ball as possible.

Indeed, Naughton has developed a statistically calculated WhoScored.com strength of ‘passing’, while one of his styles of play is ‘likes to play short passes’.

On the occasion Derby do enjoy a spell of possession, it’s Naughton’s precision that can allow Swansea to turn defence into attack.

The WhoScored.com match forecast suggests it is very likely that Swansea ‘will score from a fast break situation’. Naughton averages 2.3 accurate long balls per game, that one of the better returns for all Swansea players, and if the English full-back finds himself on the ball when the Swans have the chance to counter tonight’s visitors, then you can be sure he has the vision to execute a pass that’ll help Potter’s side break forward at speed.

Conversely, if he doesn’t maintain his defensive composure against Derby today, then any lapse in concentration will be exploited by the Rams’ attack. From a defensive stand point, Naughton looks set to come up against Harry Wilson. The Welshman has enjoyed a fine loan spell with Derby, scoring 14 goals and registering two assists to return a WhoScored.com rating of 6.99.

Wilson has scored more goals from outside of the box (7) than any other player in the Championship this season, reinforcing a statistically calculated WhoScored.com strength of ‘long shots’ and if Naughton doesn’t keep his adversary in check, then the Liverpool loanee has the means to add to his tally this season.

One of the main reasons for Naughton’s continued selection, though, is his experience and Swansea have a better win ratio when he features in the league, so their record with the full-back speaks volumes.

Another solid showing from Naughton, then, could see Swansea extend their fine home form and allow for the Swans to end another season at the Liberty Stadium on a high with all three points in the bag.