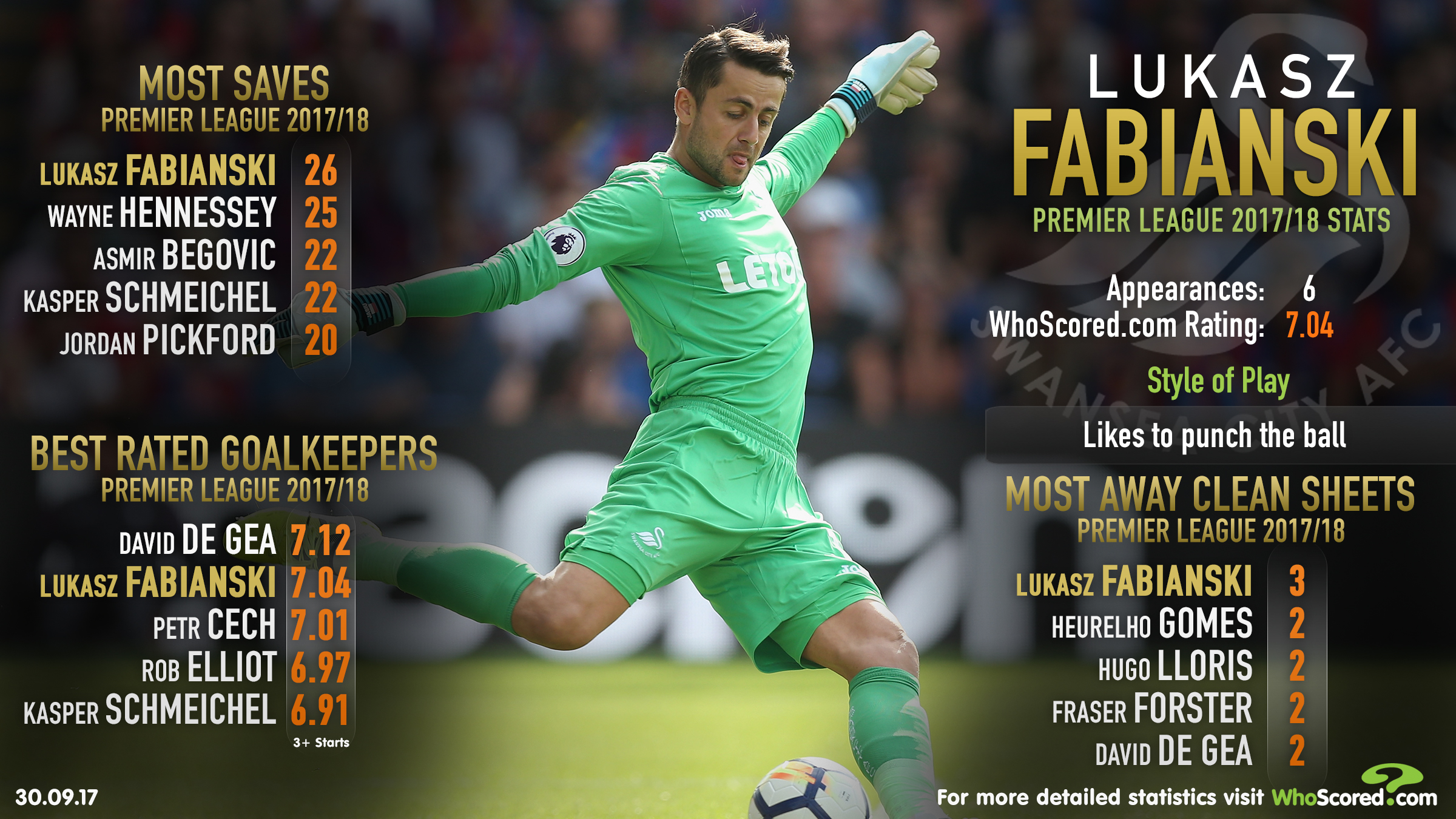 Ahead of the Premier League meeting with Arsenal, we have teamed up for football stats experts WhoScored.com to preview the encounter.

The games are coming thick and fast for Swansea at the moment, with the welcome of Arsenal coming just days after their 1-1 draw with Notts County in the FA Cup.

However, in the wake of Carlos Carvalhal’s appointment, the Swans have lost just one of their last seven in all competitions, that coming at Tottenham’s expense at the beginning of the month.

They’ll undoubtedly have been buoyed by their hard fought 1-0 win over Liverpool last week and will be confident of adding another scalp when Arsenal make the trip to south Wales.

The Gunners have won only one of their last seven away matches in all competitions, with their form away from the capital hindering their chances of a top-4 finish.

Swansea will hope to prolong Arsenal’s poor performances on the road and it’s a former employer that can come back to worsen the Gunners’ away form.

Lukasz Fabianski is again enjoying another impressive season. He’s gained a better WhoScored.com rating (6.99) than any other Swansea player this term, while a return of 92 saves is more than any other Premier League goalkeeper.

Fabianski was Swansea’s top rated player in the 1-0 win over Liverpool - gaining a rating of 8.42, which was enough to secure a spot in the WhoScored.com Premier League team of the week.

Another solid showing between the sticks at the Liberty Stadium will go a long way to securing a vital three points tonight at Arsenal’s expense.

Having failed to score in four of their 12 away Premier League games this term, Swansea are well aware they can frustrate the Gunners to land another home clean sheet.

Of the seven clean sheets Fabianski has kept this season, four have come at the Liberty Stadium, while two of those seven have come against London opposition.

If the Polish shotstopper is in inspired form once more, Arsenal may, like Liverpool last week, frustratingly trudge away from Swansea with little to show for their attacking efforts.

However, while Fabianski earned a spot in the WhoScored.com Premier League team of the week, so too did Arsenal striker Alexandre Lacazette, with an 8.74.

The Frenchman ended a lengthy goal drought with his first half hit in the 4-1 win over Crystal Palace, but away from home, the Arsenal summer arrival has faltered.

Nine Premier League goals is a respectable return for the 26-year-old in his debut season in England, though only two of those nine have been scored away from home, with Lacazette’s most recent strike on the road coming in the 3-1 loss to Manchester City back on November.

He’s a dangerous forward on his day, though, and Swansea need to ensure Lacazette isn’t presented with the opportunity to maximise a statistically-calculated WhoScored.com strength of ‘finishing’ tonight.

Standing between the Gunners forward and a 10th Premier League goal of the season, though, will be Fabinski and as the 32-year-old has proven time and time again this term, he’s impossible to break down when on top form.

Arsenal will huff and puff to blow Swansea’s house down tonight, but Fabianski is the ideal goalkeeper to prevent the Swans from being blown away by the Gunners.