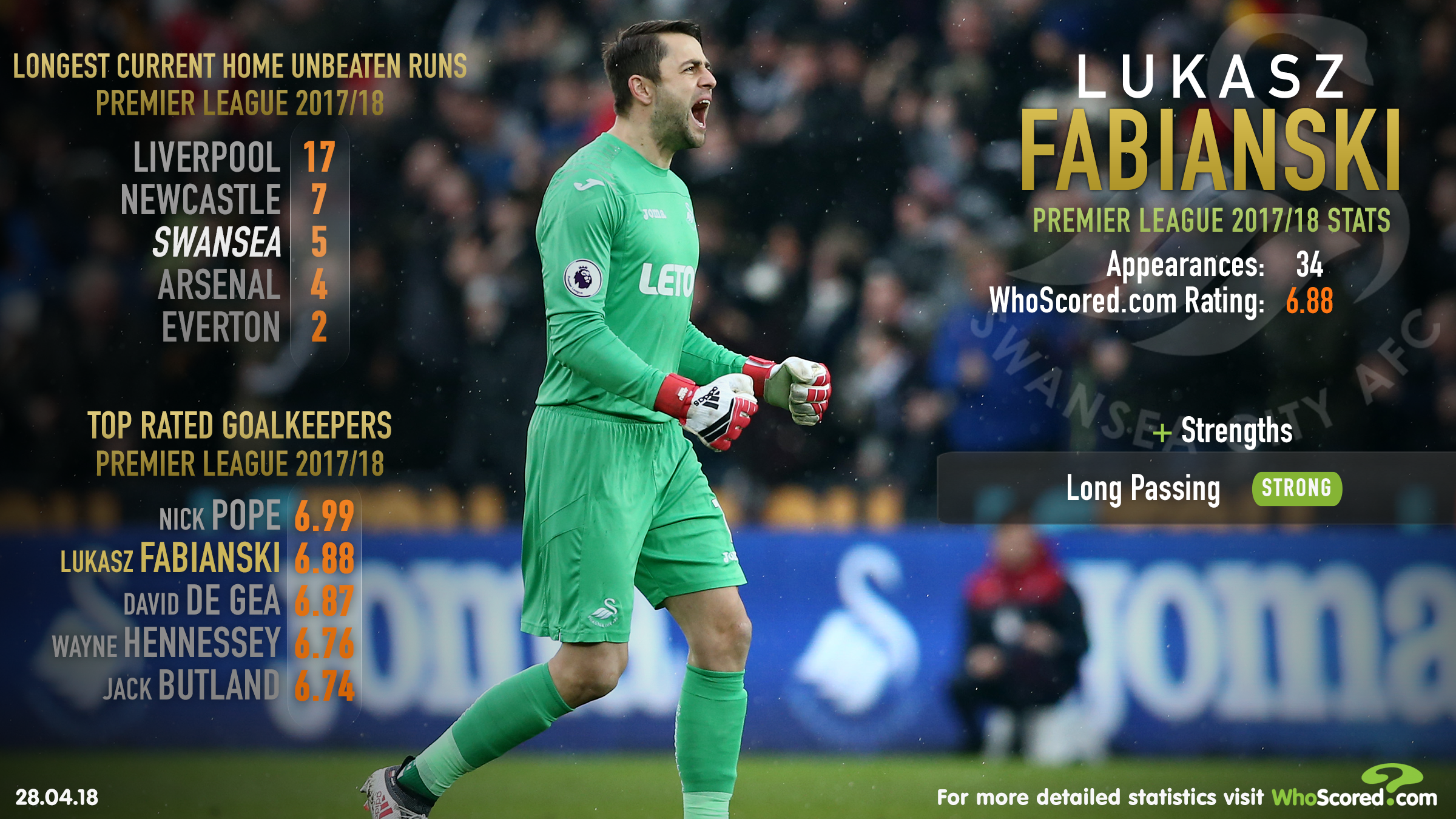 At this stage of the season, every point is vital. That certainly applies for both teams at the Liberty Stadium today. Swansea City are looking to edge away from the drop zone, while Chelsea remain in the hunt for a top-four finish.

The Blues are five points behind Tottenham in fourth, but the Swans have the means to curtail their pursuit for Champions League football.

Indeed, Carlos Carvalhal’s side are unbeaten in their last five home Premier League meetings, winning four – only Liverpool (17) and Newcastle (seven) are currently on longer home unbeaten runs in the Premier League – and that includes victories over traditional top-six pair Arsenal and Liverpool.

Chelsea’s away form has been underwhelming to say the least, too, with just three wins from their last eight away matches, three of which they have lost.

Victory for the Swans would go a long way to staving off the possibility of the drop and a solid rearguard is crucial in their pursuit of a positive result.

Lukasz Fabianski has been a consistent performer between the sticks for the Swans following his arrival from Arsenal and another strong showing is on the cards this weekend.

His WhoScored.com rating (6.88) is the second best of all goalkeepers in the Premier League this season, while a return of 120 saves is also the second most in England’s top tier this term.

Not only is the 33-year-old a capable performer in the Swansea goal, but he’s also able to quickly set Swansea on the front foot in their quest for a goal.

A return of 9.4 accurate long balls per game is one of the highest in the Premier League this season and reinforces a statistically calculated WhoScored.com strength of ‘long passing’.

If he can pick the right pass against this Chelsea defence, then Swansea will have ample goalscoring opportunities to put the Blues to the sword and, considering their home form, you’d back the South Wales side to hit the back of the net.

First and foremost, though, Fabianski needs to keep the Chelsea attack at bay this evening and denying Alvaro Morata could turn the match in Swansea’s favour.

The Spaniard has scored more headed goals (seven) than any other Premier League player this season, while six of his goals have been assisted by compatriot Cesar Azpilicueta, which is the joint-best assist-to-goalscorer combination in England’s top tier.

If Fabianski can ensure any crosses for Morata are dealt with, then one of Chelsea’s key routes to goal will be blocked.

While Chelsea have a number of offensive options that can punish any team, denying Morata the chance to use his heading ability will stifle his influence on the game.

Fabianski has the means to keep another clean sheet and ensure Swansea are able to extend their home unbeaten run to six league matches.