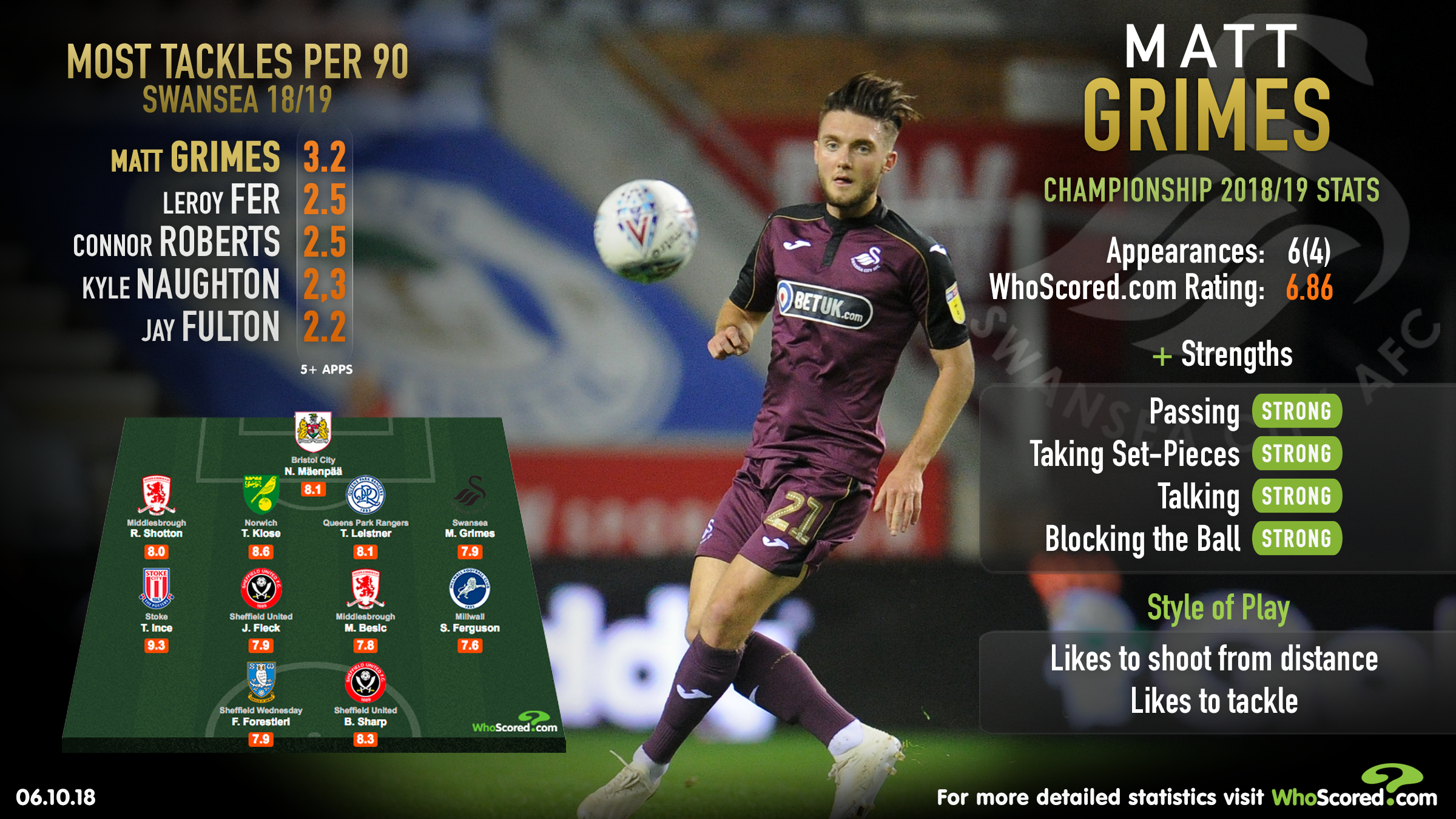 The Swans were impressive at Wigan in midweek as the Latics dropped points at the DW Stadium for just the second time this season.

Now they host Ipswich Town, the only side in England’s second tier who are yet to win a league match this season.

Ipswich have just one point to their name from their five away league matches this term, courtesy of a 2-2 draw at Birmingham City last weekend.

Ipswich have failed to win on their last three league visits to the Liberty Stadium, losing two, and Swansea have the means to worsen their season woes.

It could be that Matt Grimes plays another key role for the Swans at left-back.

Predominantly a central midfielder, the 23-year-old has made two starts in a defensive role this term, either at left-back or left wing-back, and he may continue in Graham Potter's rearguard today.

Swansea are stronger defensively with Grimes at the back, with their goals conceded per game standing at 0.33 goals per league game when he does start compared to 0.8 when he does not.

Part of the reason for their defensive solidity when Grimes features from the off is his tenacious approach to hindering opponents.

Of those to make five or more league appearances this season, Grimes is averaging more tackles per 90 (3.2) than any other Swansea player.

This reinforces a statistically calculated WhoScored.com strength of ‘tackling’ and was one of the reasons Swansea landed a result in Wigan in midweek.

Grimes’ showing at the DW Stadium returned a WhoScored.com rating of 7.85, enough to secure a spot in the Championship team of the week from the midweek round of fixtures.

Another fine showing from the back would help the Swans shut out an Ipswich side who have scored the joint-fewest goals (eight) in the Championship this season.

He’ll have his work cut out down his side of the pitch against Welsh winger Gwion Edwards, however.

The 25-year-old has completed more dribbles (24) than any other player in the Championship this season to reinforce a statistically calculated WhoScored.com strength of ‘dribbling’.

That has helped the former Swans youngster earn a WhoScored.com rating of 6.94, the third best of all Ipswich players this season.

He’s had a direct hand in three of their eight goals, scoring two and assisting one, and keeping Edwards quiet will be important for the Swans.

While not in a familiar midfield position, Grimes has proven his credentials in the left-sided defensive role this term.

He must aim to replicate his midweek performance today.