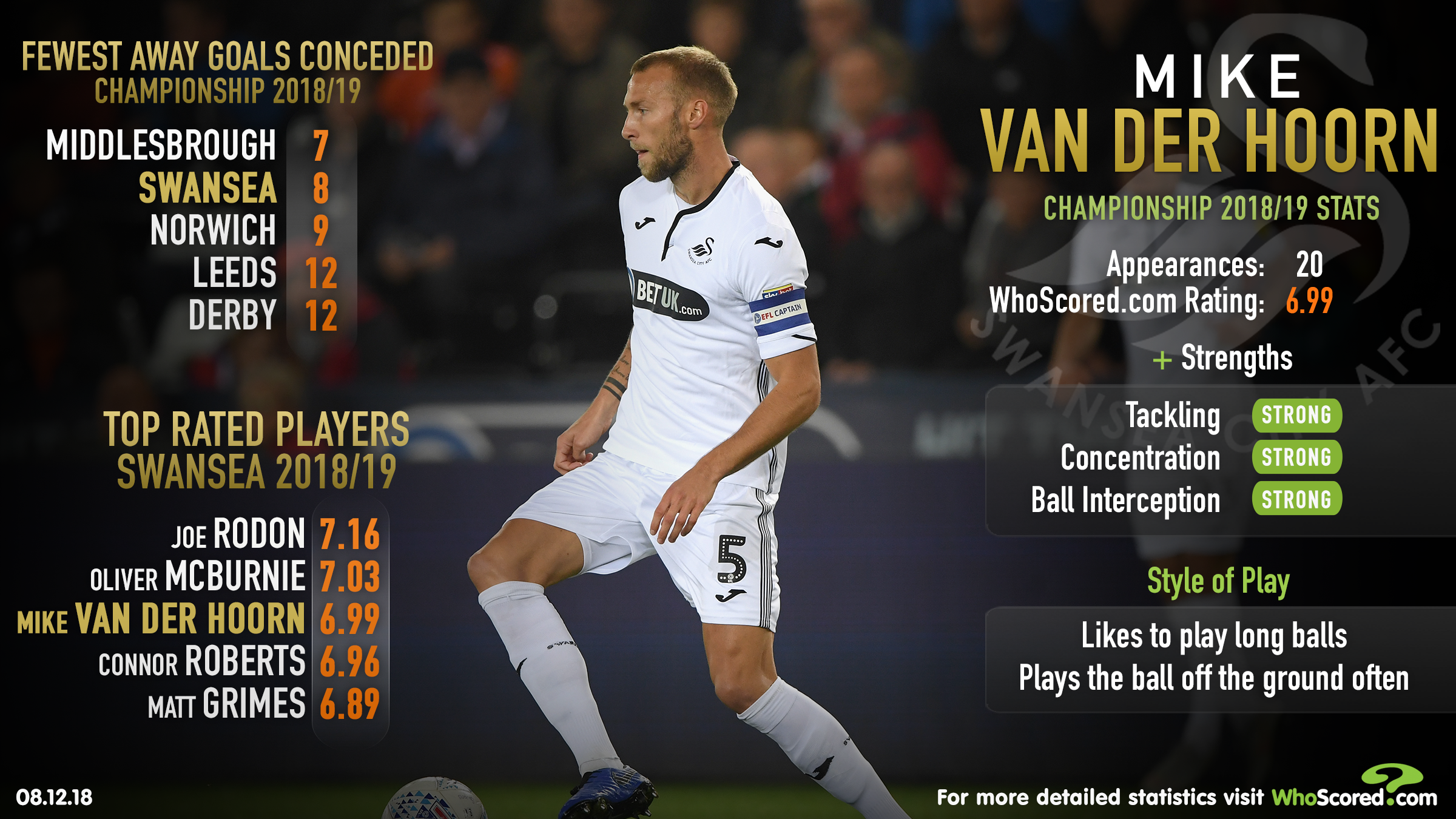 After a disappointing run of results, Graham Potter will look to today’s trip to Brentford as a chance to return to winning ways.

After a stunning start to the season, the Bees have fallen away somewhat and sit four points behind the Swans coming into this clash.

A run of one win from their last 13 matches leaves Brentford closer to the foot of the table than the play-off spots.

They are regular scorers at home, having netted 19 times at Griffin Park this season, yet back-to-back home defeats leave them in a precarious position as the festive period looms.

Only Middlesbrough (seven), meanwhile, have conceded fewer away goals than Swansea (8) in the Championship this term.

After those three recent defeats, however, Potter will strive to address the Swans’ defensive shortcomings of late this afternoon.

Presumably, he will again look to central defensive regular Mike van der Hoorn as a way of holding off the Brentford attack.

The Dutchman’s WhoScored.com rating (6.99) is the third best of all Swansea players this season and having played every minute of every away game, his influence at the back is key to their solid defensive record on the road.

Boasting statistically calculated WhoScored.com strengths of ‘tackling’ and ‘ball interception’, the 26-year-old has the defensive nous to keep any attacker at bay, with returns of 1.3 tackles and 1 interception per game both ranking highly among all Swansea players this term.

Ranking third for total clearances (124) in the Championship too, van der Hoorn’s proactive approach to defending could prove vital for Swansea in their quest for victory at Brentford.

The Bees have been sub-bar in recent weeks, but today’s match won’t be simple for van der Hoorn and Swansea.

Despite Brentford’s fall down the table, 22-year-old striker Neal Maupay has been in fine form this term.

He’s had a direct hand in more goals (19 - 13 goals, 6 assists) than any other player in the Championship this season, with the Frenchman’s 13 goals bettered only by Lewis Grabban (14) in England’s second tier.

Even with Brentford’s managerial change, Maupay has remained hugely consistent in the final third, while the recent return to fitness of the support cast - namely Ollie Watkins and Said Benrahma - means Swansea need to err on the side of caution if they are to maintain their fine away defensive record.

The Swans have though been very effective on the road at the back this season and if van der Hoorn can get the better of Maupay, a positive result is attainable.