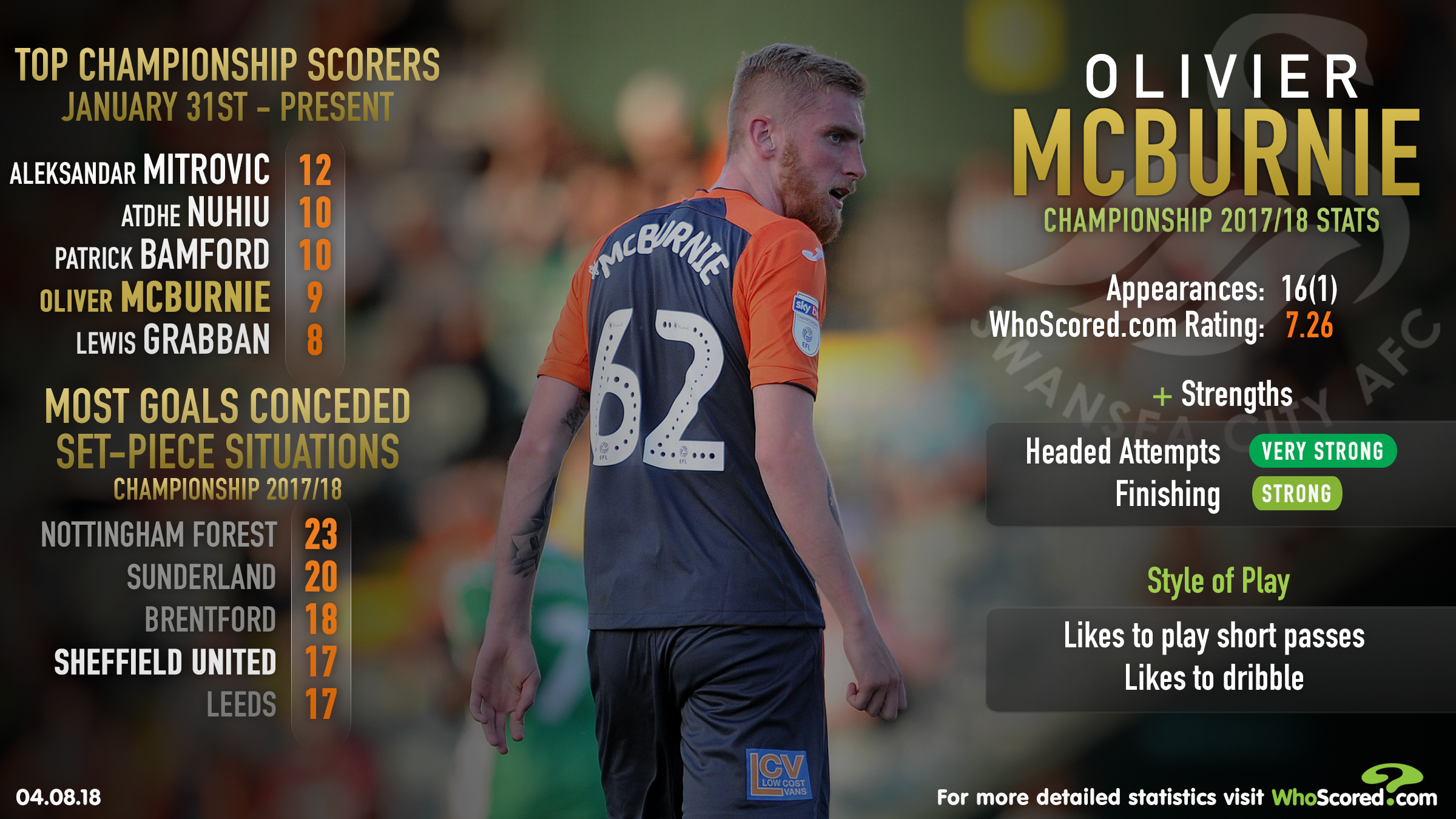 Graham Potter will hope to make an immediate impact for the Swans this weekend, with the highly rated 43-year-old earning himself a reputation as one of the brightest young managers on the Continent.

Today’s meeting with Sheffield United, though, won’t be a walk in the park.

The Blades may have stuttered in the second half of last season, but Chris Wilder’s side are not to be underestimated, particularly on home turf.

Indeed, they picked up 41 points at Bramall Lane last season, the seventh highest return in the Championship, and lost just six of 23 matches in Sheffield.

A tally of 20 goals conceded was also the sixth lowest in England’s second tier, so the Swans will have their work cut out as they look to penetrate a resolute Blades backline.

However, in McBurnie Potter has the ideal striker at his disposal to fire his team to success.

The Scottish international spent the second half of the season on loan at Barnsley and netted nine goals in 17 appearances.

Following that deadline-day switch to Oakwell, only Aleksandar Mitrovic (12), Atdhe Nuhiu and Patrick Bamford (both 10) netted more goals in the Championship.

McBurnie’s good form in front of goal earned him a WhoScored.com rating of 7.26, the second best of all Barnsley players, and Potter will surely look to the 22-year-old for attacking inspiration.

Wilder’s side shipped the fourth most goals from set-piece situations (17) last season. So if Swansea can win free-kicks and earn themselves corners, McBurnie’s height has the means to trouble the hosts.

Should Potter’s team pump the ball into the box, McBurnie has the presence to trouble the United defence and this should play into the Swans’ hands.

That being said, the Yorkshire club have the means to counter this attacking threat through centre-back Jack O’Connell.

If McBurnie can win the aerial battle between himself and O’Connell, however, the Swans will have a better chance of making the perfect start to the new season.