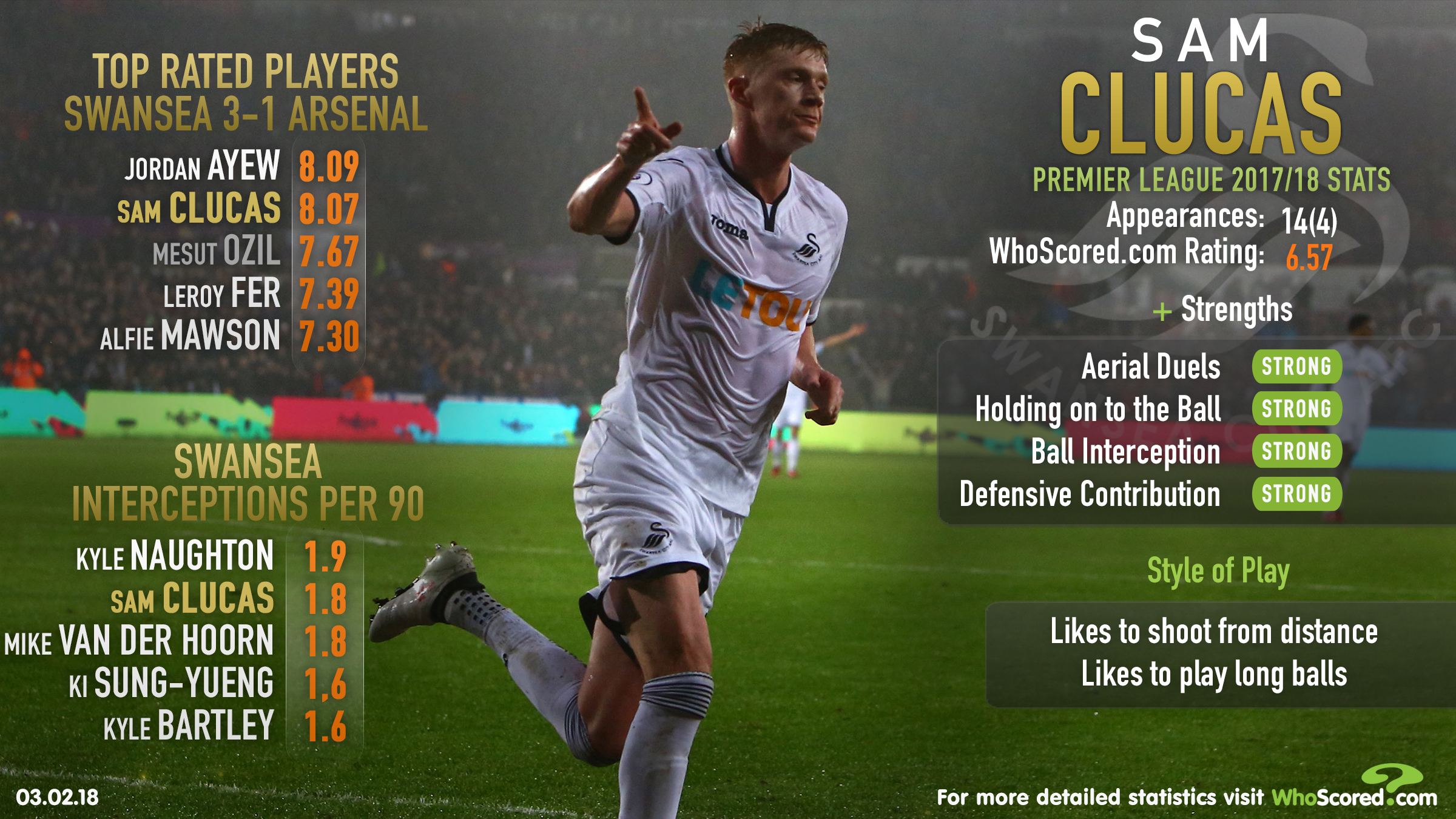 The Swans go to Leicester with their tails up having secured a 3-1 win over Arsenal at the Liberty Stadium on Tuesday night.

Victory means Swansea are unbeaten in their last six in all competitions, winning three of the last four – a run which has also included victory over Liverpool.

Away from home, too, Swansea have impressed, and are unbeaten in their last four matches on the road.
The Swans will look to extend their sequence without defeats as they face a Leicester side who have won only two of their last eight league games.

A former Leicester youngster could come back to haunt his former employers today, with Sam Clucas the man of the moment after his matchwinning display in midweek.

Clucas was released by Leicester back in 2008 having spent seven years with the club, and the 27-year-old will be looking to follow up his strong showing against the Gunners at his old club’s expense.

Clucas bagged a brace in midweek to return a WhoScored.com rating of 8.07, which was bettered only by team-mate Jordan Ayew (8.09).

He would love nothing more now than to prove Leicester were foolish to let him go 10 years ago with another strong showing for Carlos Carvalhal’s side.
The versatile midfielder has the skillset to ensure Leicester struggle today.

Given Clucas’ commendable positional discipline, Leicester may find it easier said than done to apply sufficient pressure to the Swansea goal when they do push forward.

What’s more, a fine ability to read the game means Clucas can deny the Leicester attack and immediately transition from defence to attack and put Swansea on the front foot.

That being said, his influence on the game could be curbed if Danny Simpson features – and plays to the best of his ability.

Clucas has been deployed on the left of midfield in recent weeks and is expected to face off against the Foxes right-back.

The 31-year-old missed the best part of a month through injury recently, yet could reclaim his place in the starting XI against Swansea at Daniel Amartey’s expense after he missed the 2-1 loss at Everton on Wednesday night.

With a statistically calculated WhoScored.com strength of ‘concentration’, Simpson is an adept performer and is able to impressively time his runs forward without being caught short at the back.

Indeed, the battle between Simpson and Clucas promises to be a fascinating one to watch today.

Should the latter come out on top, Swansea have the means to put another important three points on the board.