Domestic duties return with a bang in England's second tier as Swansea City and Cardiff lock horns in the weekend's showpiece event in the Championship.

Ahead of the huge game at the Swansea.com Stadium, WhoScored.com preview the action, including what to expect from Cardiff, a key battle and a key stat to gear up for the South Wales Derby...

What to expect from Cardiff

After a bright start to the season in which Cardiff lost just one of their opening six games, the Bluebirds have plummeted down the Championship table and find themselves below the Swans ahead of Sunday's south Wales derby.

Mick McCarthy is under pressure to turn his side's fortunes around and defeat at the Swansea.com Stadium will certainly not go down well with his employers.

McCarthy has favoured a three-man backline for the most part this season, using a system in nine of 11 league matches, but seems unable to find his strongest side to work in such a setup, reinforcing a WhoScored.com style of play of 'rotate their first XI'.

However, one consistent has been McCarthy's defensive selections, with Aden Flint, Sean Morrison and Curtis Nelson the favoured centre-back trio.

The former duo rank first (7.50) and second (7.19) as Cardiff's top-rated players according to WhoScored.com and it's their aerial ability that makes them such important players. Indeed, Flint (four) and Morrison (two) are Cardiff's top scorers in the Championship this season, all of which have been headers. The pair are a handful for opponents from set-pieces, which Cardiff will look to exploit on Sunday.

Excluding penalties, only Huddersfield (six) have scored more goals from set-piece situations than Cardiff (five) in the Championship this season to reinforce a WhoScored.com strength of 'attacking set-pieces'. Conversely, of the 14 goals Swansea have shipped, four have come from set-pieces, the sixth highest return, again excluding penalties, in the division. McCarthy has others at his disposal to attack Swansea, but if Cardiff do with free-kicks in dangerous positions, then the Swans need to be at their best to keep their rivals at bay.

At the time of writing, only Peterborough (23) have conceded more goals than Cardiff (19) in the Championship this season. A five-game losing streak is the longest in the division so far this campaign and Swansea would love nothing more than to extend that run.

Summer arrival Joel Piroe, then, will be licking his lips at the prospect of facing one of the leakiest defences in the league.

The Dutchman has scored more goals (five) than any other Swansea player in the Championship this season, and in total has had a direct hand in a goal in six of his 10 league outings in 2021-22.

Piroe's five goals have earned Swansea an additional five points, so he has a knack of picking his moment to get on the scoresheet, and supporters are hoping that, in his first south Wales derby, he can put the Cardiff backline to the sword.

Cardiff's defensive solidity may have come under increased scrutiny in recent weeks, yet Flint will look to play a key role for a side seeking to get their season back on track following a major wobble. Over the course of the season, Flint has garnered a WhoScored.com rating of 7.50 - an impressive total for the 32-year-old.

Not only have Cardiff conceded the second most goals in the division, but no team has kept fewer clean sheets than the Bluebirds (one) in the Championship this season, that coming in a respectable 2-0 win at Blackpool in August.

This failure to consistently keep opponents at bay means Cardiff are so often at risk of conceding and it's a defensive fragility that Swansea will look to exploit. 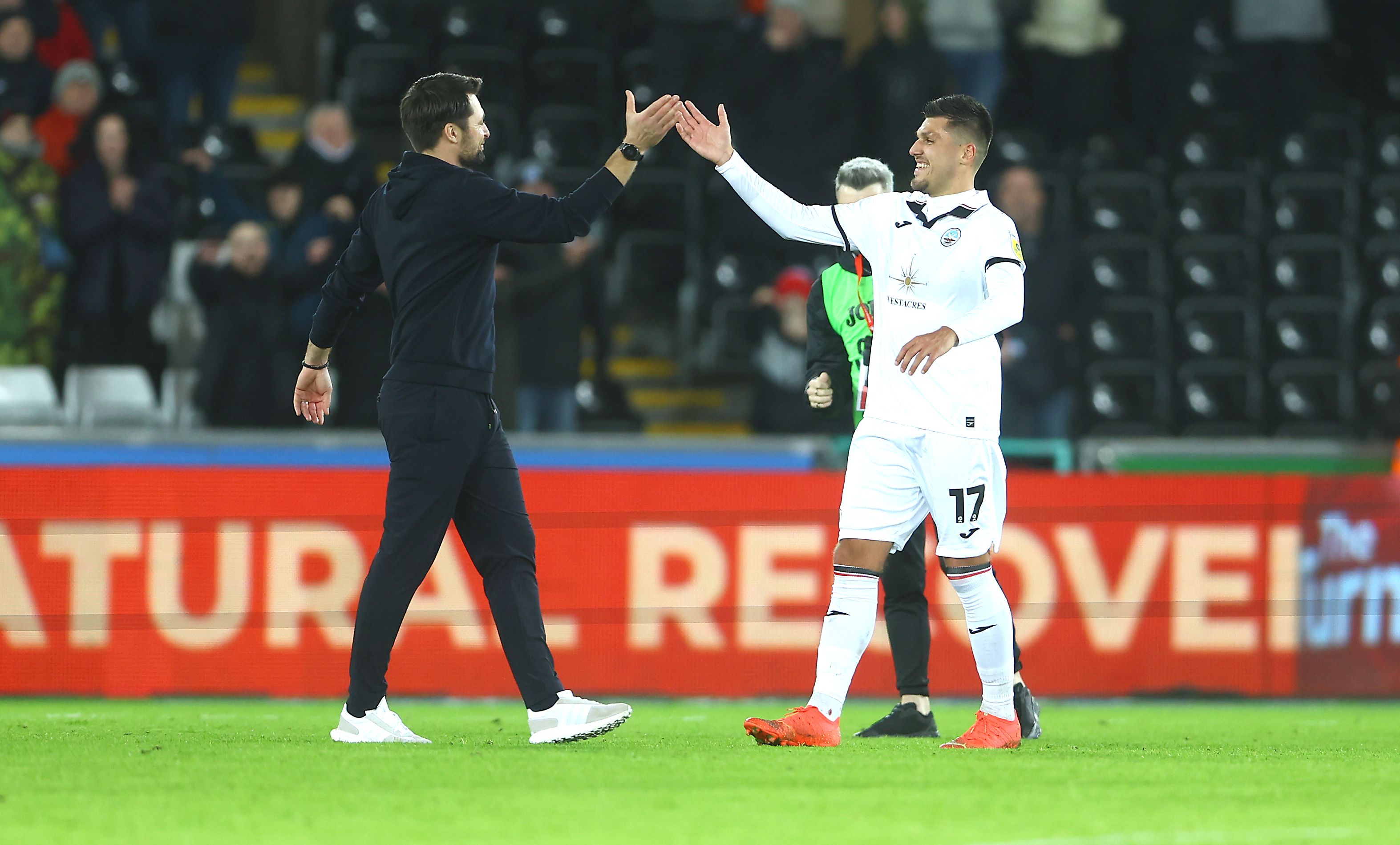 Russell Martin has praised Joel Piroe following the Swansea City striker’s Championship Player of the Month nomination, and believes the Dutchman is getting close to his best form.

Swansea City striker Joel Piroe has been nominated for the Sky Bet Championship Player of the Month award for December.