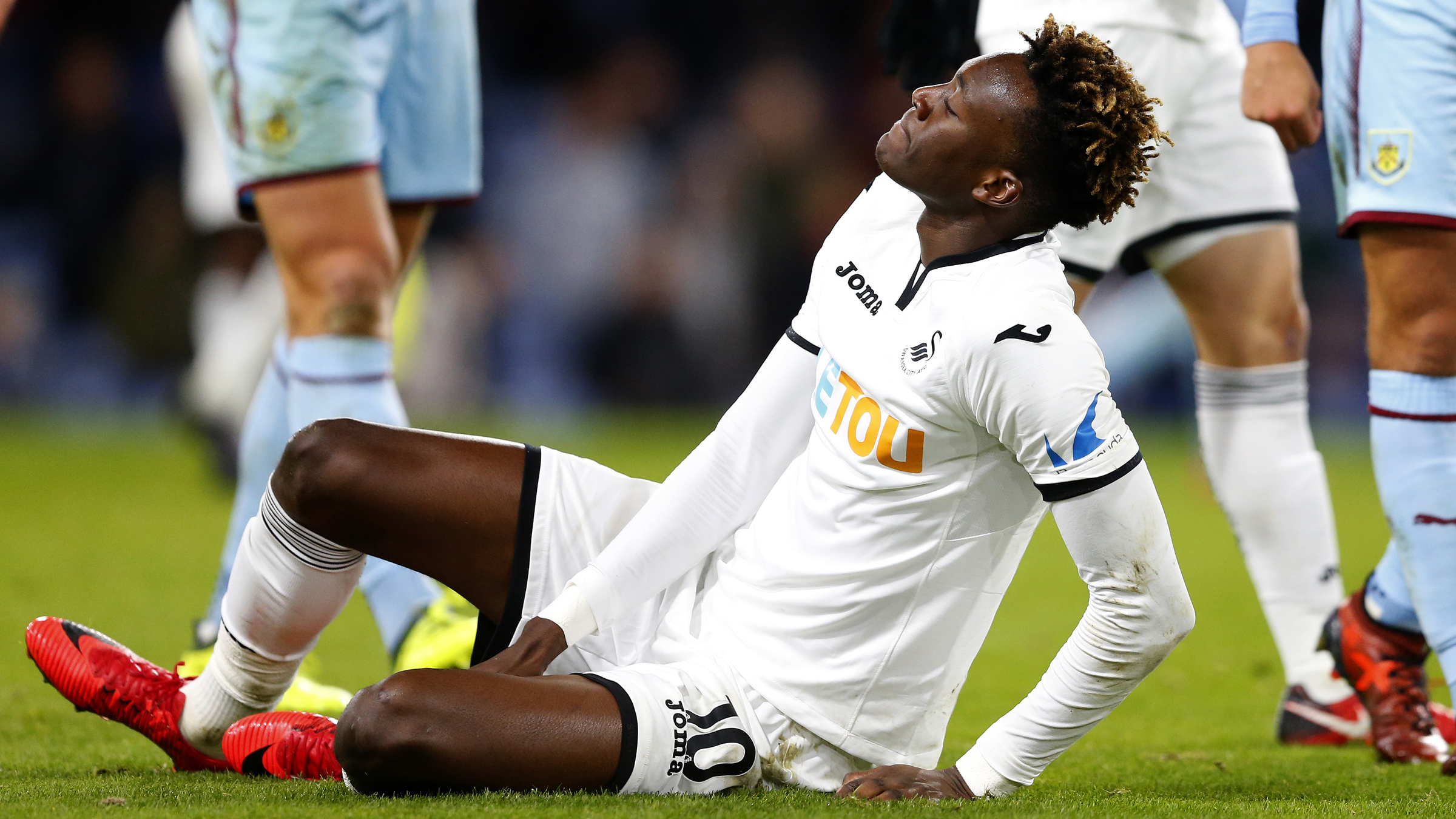 Tammy Abraham is 50-50 to feature when Swansea City take on Bournemouth this weekend.

Abraham suffered a back spasm during the Swans’ 2-0 defeat at Burnley last Saturday.

Paul Clement had been confident earlier in the week that Abraham would be okay to face the Cherries.

But the England international is now in a race to prove his fitness having been sidelined since the Burnley game.

“Tammy has not trained yet and we will have to see how he responds to the treatment he has had today and whether he trains tomorrow,” Clement said.

“He is a doubt – I would say he’s 50-50 for Bournemouth with only one training session left before the game.”

The good news for Clement is that Wilfried Bony is ready for action having made his first appearance since September at Burnley.

“I would prefer to have Tammy available, of course, because he has shown he can score goals for us,” added the Swans manager.

“But we have Wilfried Bony back fit and he is ready to start.

“He is motivated, he is hungry to play and perform.

“That’s why you have more than one good striker in your squad.”

Other than Abraham, the Swans have no fresh injury concerns, with Kyle Bartley the only definite absentee this weekend.

Roque Mesa did not make the bench despite travelling to Burnley, and Clement says the Spaniard is one of a number of midfield options for Bournemouth.

“Roque is training every day, he is motivated and he is pushing hard,” Clement said.

“I am looking at my selection and he has as good a chance to play as anybody, particularly with some players struggling for form.