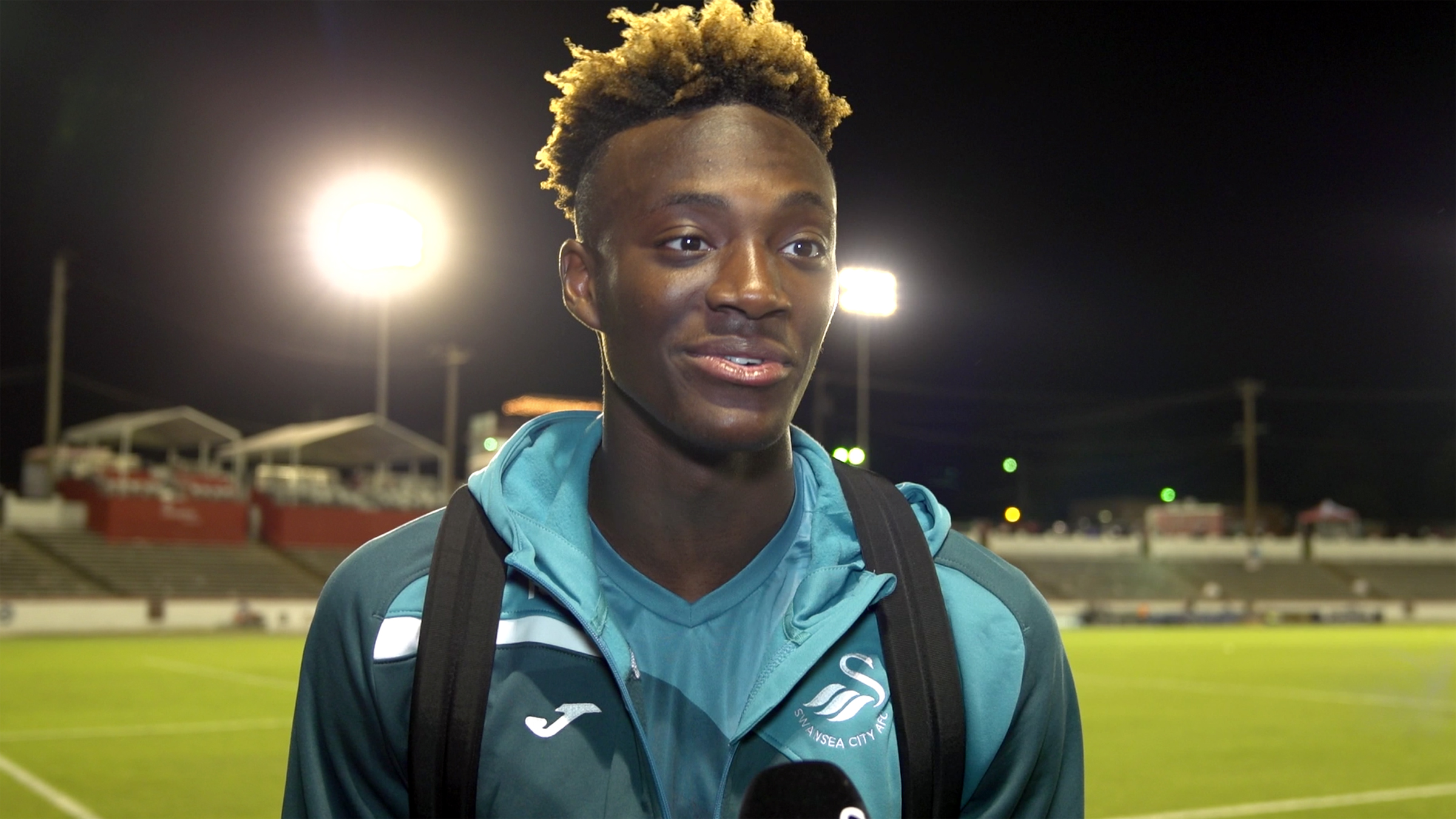 Tammy Abraham is planning to prove Paul Clement right this season by shining in a Swansea City shirt.

Abraham is primed for a first proper crack at playing in the Premier League after joining the Swans on a season-long loan from Chelsea.

And having made an instant impression at his new club, the striker is relishing the prospect of turning out regularly in the top flight.

Abraham scored no fewer than 26 goals during a year-long loan stint in the Championship with Bristol City last season.

He has played in the Premier League, but only in two brief substitute appearances for Chelsea towards the end of the 2015-16 campaign.

Now Abraham feels ready to prove he can repeat his goalscoring exploits from last season in the top tier.

“I am going to try to show the gaffer why he brought me here and prove it was a good decision,” the England Under-21 forward said.

“I will do my best and try as hard as I can to do well.

“I am full of confidence and I can’t wait for the season to begin.”

Clement has hailed the signing of Abraham as a coup for the Swans, for the London-born starlet attracted interest from a number of clubs this summer.

Abraham has already given a glimpse of his goal-poaching instincts in Swans colours, having netted twice in three pre-season appearances to date.

He will hope to find the target again on his Liberty debut this Saturday (5.15pm) when Clement’s side play their final friendly of the summer against Italian top-flight side Sampdoria.

“It’s good to score goals in any game because it lifts your confidence going into the season,” Abraham added.

“I am looking forward to the season starting. Hopefully I can continue the little scoring run I have been on pre-season.

“I will just keep trying to provide goals and help the team.”

Tickets for Saturday’s pre-season friendly against Sampdoria are available now. They are priced:

Don't forget, Jack Army Memberships are available to renew and buy for the 2017-18 season. Click HERE for full information.