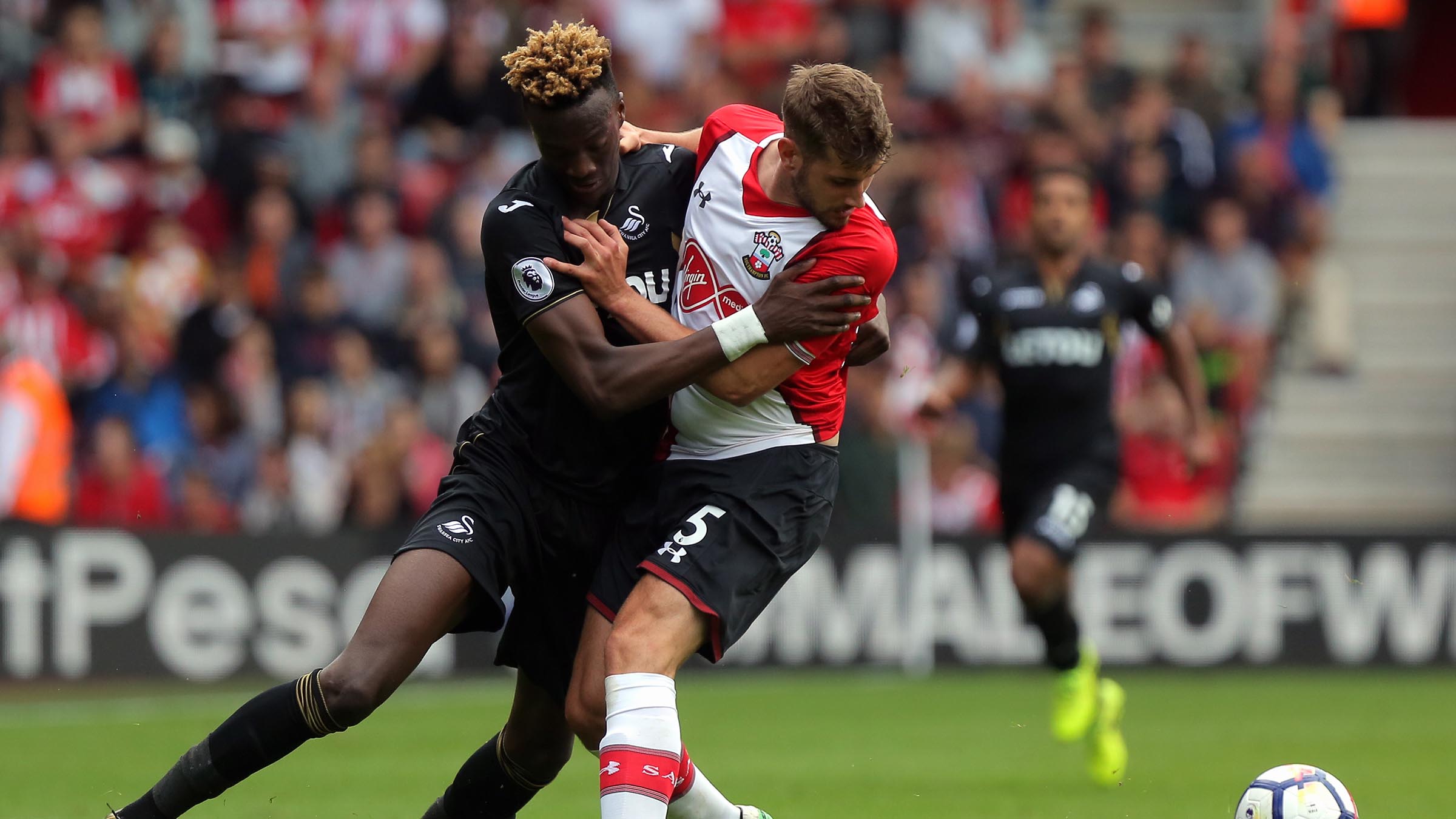 'Tammy will score goals at the highest level'

Paul Clement is convinced Tammy Abraham will score goals in the top flight after handing the teenager the first Premier League start of his career.

Abraham came close to a debut goal as he started for the Swans in their 0-0 draw at Southampton.

The on-loan Chelsea frontman, who scored 26 times during a temporary stint with Bristol City last season, was the Swans’ biggest threat on a day when they were forced to do plenty of defending.

Abraham headed inches wide after a sweet Wayne Routledge cross in the first half, then saw a second-half shot blocked after a brilliant turn took him away from Jack Stephens.

And Clement was pleased with his new recruit’s contribution on an afternoon where he was often left ploughing a lonely furrow in attack.

“We started the game with two strikers, but Southampton were getting too much success, particularly down their left,” Clement said.

“We changed it and put Jordan (Ayew) on the left and Wayne (Routledge) on the right, and that meant Tammy was playing up front on his own.

“It can be difficult in that role. He is a young lad who has very little Premier League experience and when you’re leading the line like that against two more experienced central defenders, you can get isolated.

“But he had a good chance in the first half and I know he is a good player who will do well for this club. He will score goals, I have no doubt about that.”

Abraham was withdrawn nine minutes from the end as Clement threw on an extra centre-back, Kyle Bartley, in a bid to ensure his team held on for a point.

“I took Tammy off at the end because he was tired and put a central defender on,” added the Swans boss.

“I know our fans were not happy about that, but I made that decision based on how much our team were suffering.

“At that stage of the game I felt it was more important not to lose than to try to find a winner.”