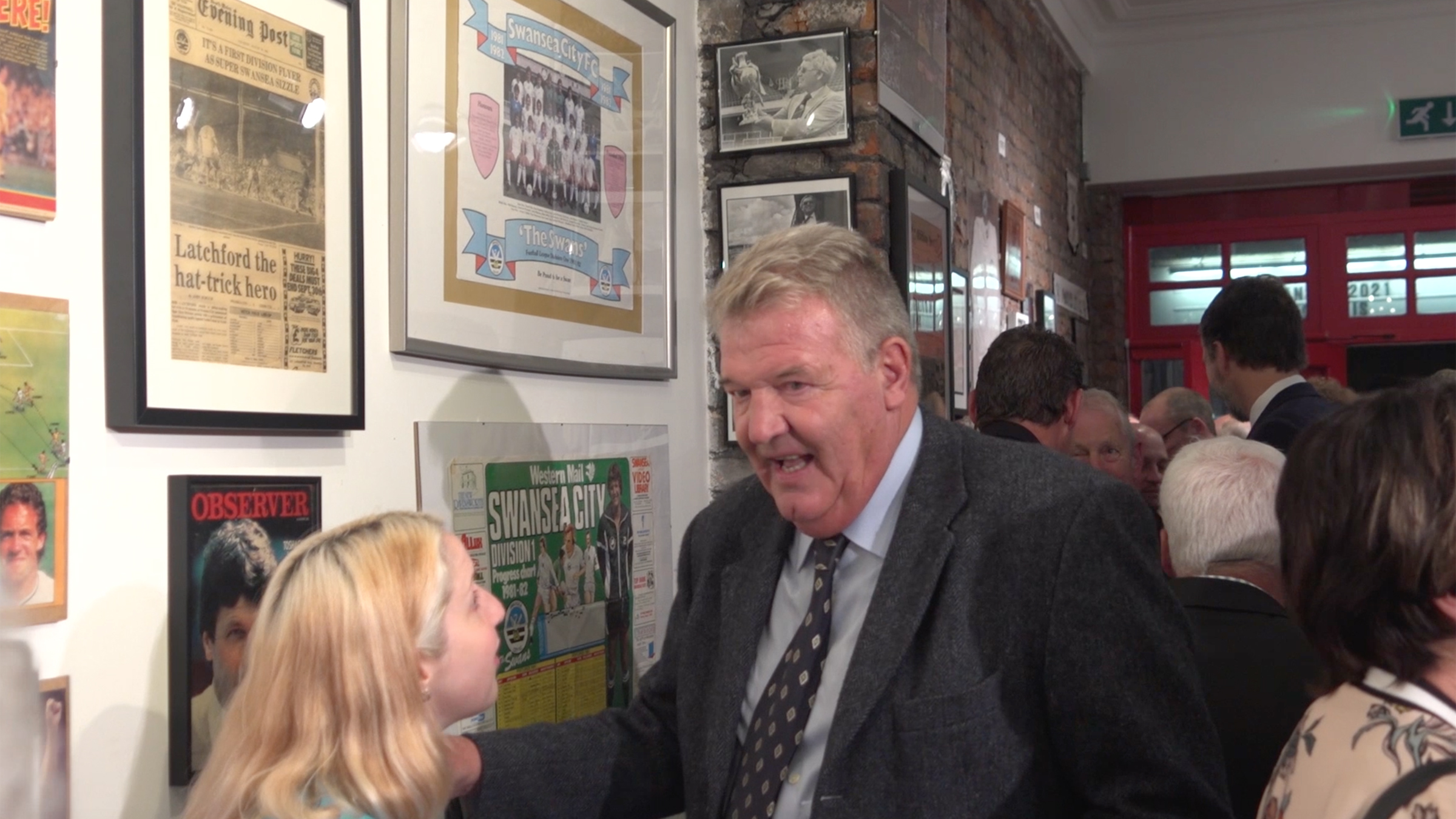 It is almost 40 years since Toshack left Liverpool to take over as player-manager of the Swans, who were a Division Four club when he took over.

Toshack led the Swans on an extraordinary climb through the divisions which saw them reach the top flight in 1981.

Tosh was present at a special preview night at Galerie Simpson in midweek, and he will also be there meeting fans on Saturday afternoon between midday and 2pm.

“It’s incredible to think it’s been 40 years. You wonder where all the years have gone,” Toshack said.

“The success we had, going through the divisions – I remember Bill Shankly said: ‘It’s easy to say it, Fourth to the First, but it’s a lot bloody harder to do it’.”

The exhibition is open on Saturday from 11am to 5pm, then from Tuesday through to next Saturday (noon to 5pm every day).

It has been put together by Swans fan Pete Jones, who is also part of a team who are planning to make a film about the Toshack years.

“We are making a film about Tosh – Tosh the Movie,” Jones explained.

“We are in pre-production at the moment. It’s part-funded but we are looking for more partners and we are encouraging them to come forward.

“A friend of mine, Jonny Owen, did a fabulous film about Brian Clough called I Believe in Miracles.

“I loved it and I think the Tosh story is every bit as good.

“It’s like someone like Michael Owen dropping from the Premier League to go and manage Lincoln City.

“Tosh was at the peak of his powers when he came to Swansea – he had won every honour in the game.

“He was still young. It was the most audacious bid by Malcolm Struel to bring him here and it came off.

“Then you chuck in the fact that he is a Cardiff boy. It shouldn’t have worked but by God it did.”