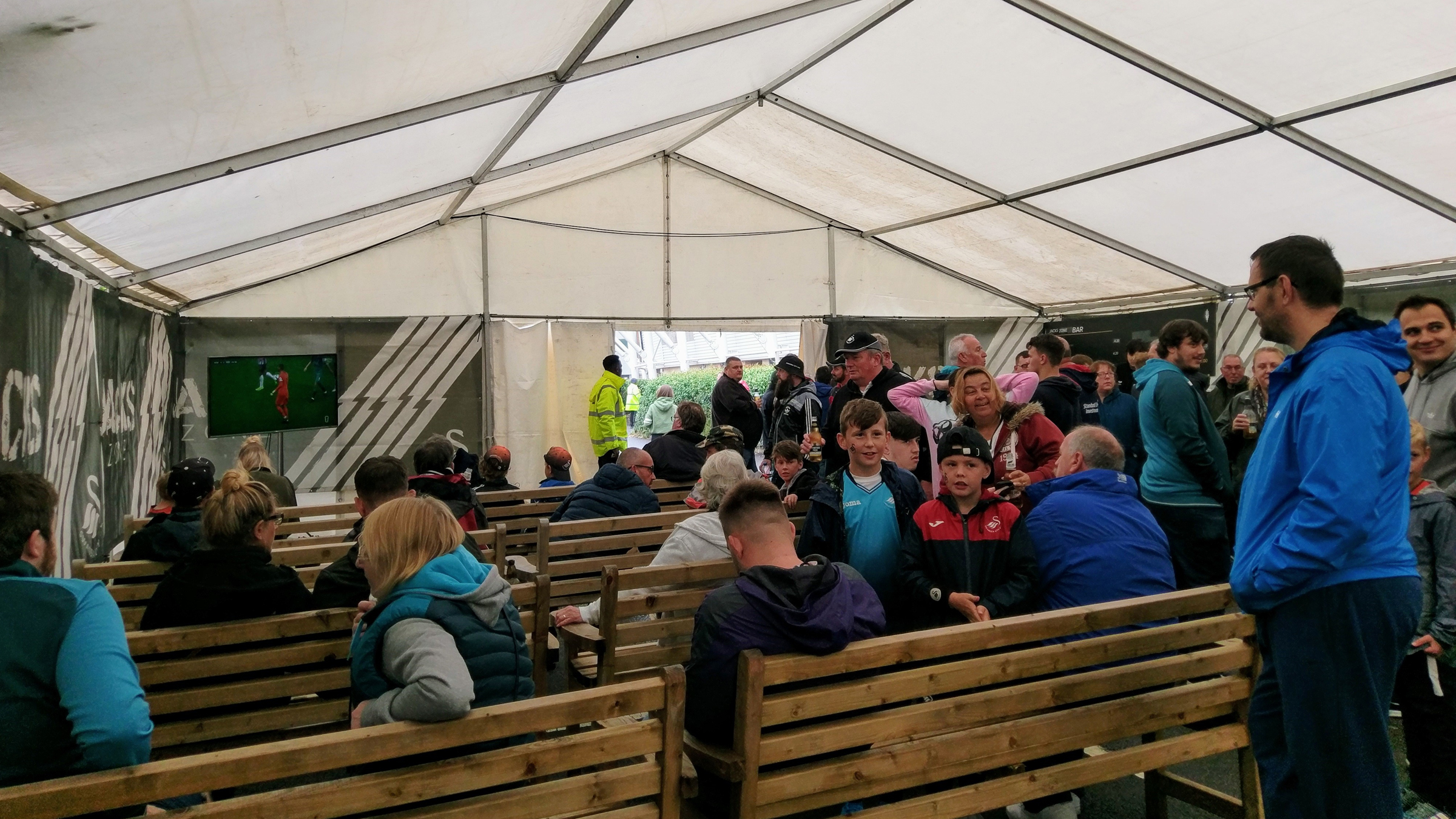 Trinity Avenue are set to hit the stage for the first time this season, and have promised to rock the Jacks Zone and get fans ready for Saturday's match against Middlesbrough (3pm).

Trinity Avenue are a highly-praised Rock/Pop group from South Wales, and will be performing hits from the likes of George Ezra, Queen, Florence and the Machine and more.

Fans can enjoy all the build-up to the big game in the large marquee outside the South Stand from 12.30pm, where they’ll also find live Championship football on the large TV screens and special drinks promotions.

For the more energetic - there are activities for the kids including two inflatable kicking games, plus four table football games for the young, and not so young.

The Jacks Zone will be open from 12.30pm to 2.45pm. Home and away supporters will be allowed in the Jacks Zone.

Tickets for the Middlesbrough game are available – get yours HERE or call the ticket office on 01792 616400. Watch the game in style in our 1912 Heritage lounge – contact our dedicated hospitality team on 01792 616628 or on hospitality@swanseacity.com. Travel with Zeelo to get picked up near your home/pub and dropped off right outside the Liberty and returned back after the game. Book your coach HERE.