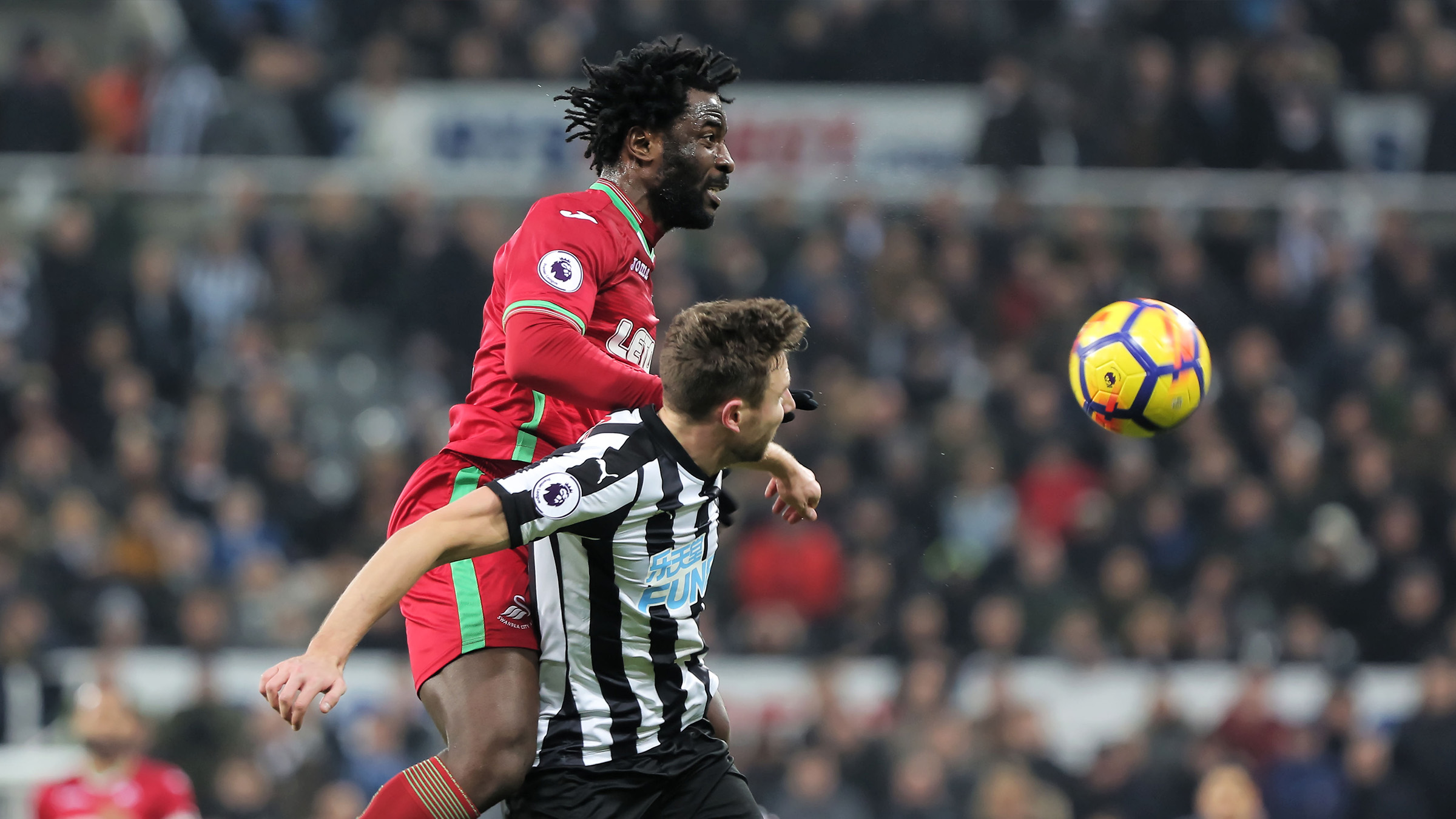 The Swans got themselves in front at St James’ Park when Jordan Ayew headed home after 61 minutes.

Newcastle levelled through Joselu seven minutes later, but the Swans had a big chance to win it at the end when Bony’s effort was cleared off the line by DeAndre Yedlin.

And a frustrated Bony reckoned Carlos Carvalhal’s team should have made it back-to-back away wins in the Premier League.

“To go home with one point is not bad, but we should have done better. I was frustrated not to take my chances in front of goal today.

“I think we were unlucky not to get the win. That is the way football is sometimes.

“It was a crazy end to the game. We were pushing for the win and I had a chance to get the goal we needed.

“It was like a big present, but the chance was blocked off the line.

“It is a frustration for me not to score. I just have to stay focused.”

Having made his comeback from injury against Wolves last weekend, Bony came on for the final 20 minutes at Newcastle.

And the frontman believes he is edging closer to full fitness.

“It is good to get back playing,” he added.

“I played a number of minutes last game and came through today well. I am looking forward to more game-time again soon.”

The Swans are next in action when they host Wolves in an Emirates FA Cup replay on Wednesday night.

Their next league game is against Liverpool at the Liberty a week on Monday.

They remain bottom of the table after the Newcastle draw, but are continuing to build momentum under Carvalhal.

“We will battle and continue to do our best to get out of the bottom three,” Bony said.