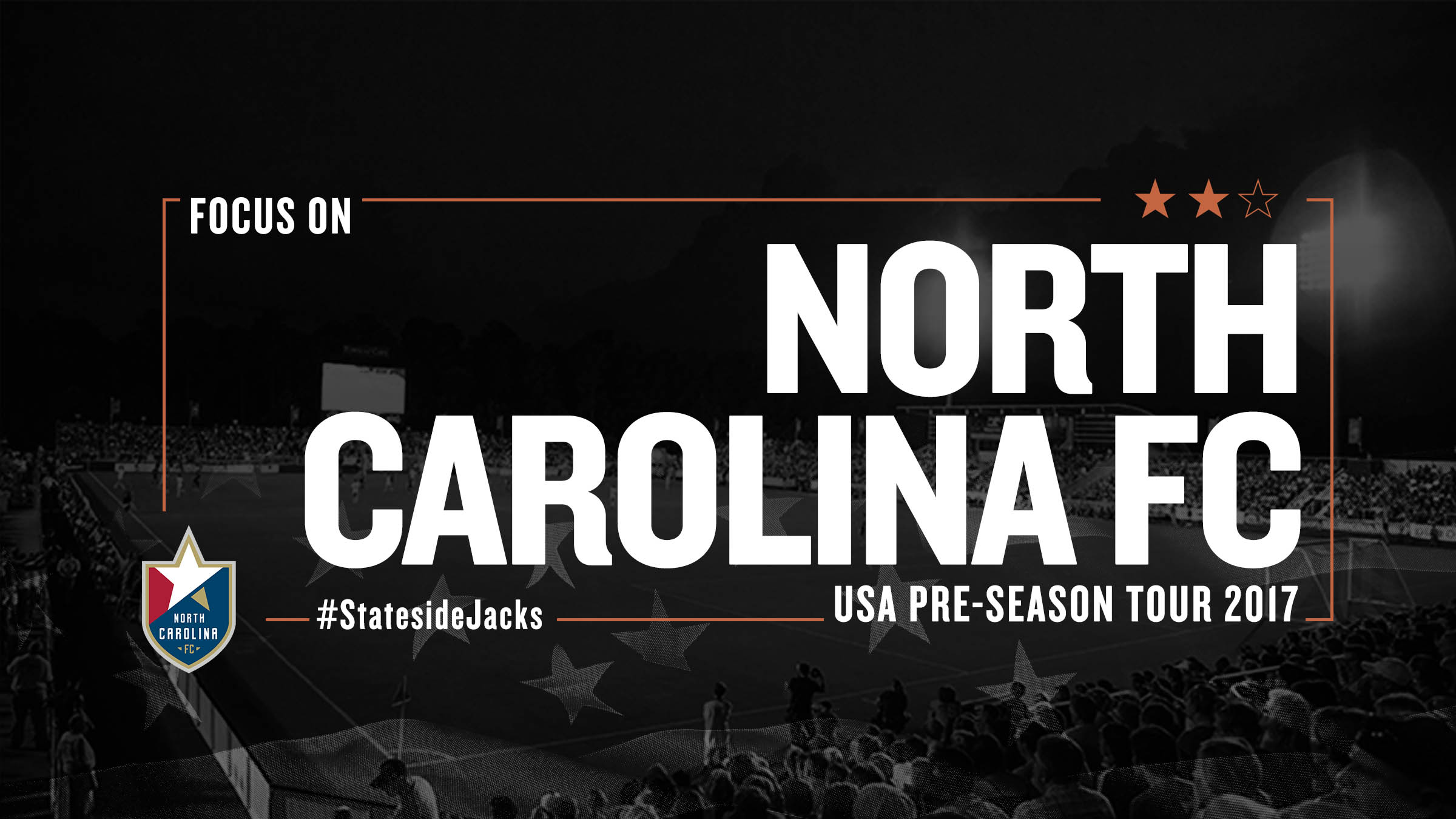 They are fifth in the table, having won six of their 16 games so far.

The team has been successful in recent years with play-off appearances in five of their first eight years. They also perform well in the US Open Cup, with wins over Chivas USA and LA Galaxy.

Last December, the team changed its name from Carolina Railhawks along with plans - including a new stadium - for a Major League Soccer franchise.

Clarke, who played for Northern Ireland in the World Cup in 1986, has been in charge of North Carolina for six years.

Richmond Kickers, FC Dallas and Puerto Rico are just some of the teams has has previously managed.

Tickets for the game are priced between $79 and $209 and are available here.

How to get there

◦Turn right at the top of the exit ramp, heading toward Cary.

◦Take a left on Chatham Street after crossing the railroad tracks.

◦WakeMed Soccer Park is 0.5 mile on the right.

From Interstate 40 Westbound (from Fayetteville, Wilmington)

◦WakeMed Soccer Park will be 0.5 mile on the right.

◦WakeMed Soccer Park will be on the right.

◦From the Beltline, take the Western Boulevard exit and head west toward Cary.

◦Continue after the merger with Hillsborough Street until the road becomes East Chatham Street.

◦WakeMed Soccer Park will be on the left.

The club offer free bus pick-ups on the Red & Blue Express, with limo-style seating, free Lonerider beer and soft drinks using priority lanes in and out of the stadium. To claim the free travel tickets, get them early from participating bars:

The food is a cut above other stadiums, but expect to pay more. There’s a Backyard Bistro stand. You can order a la carte for around $6 or regular stadium food for $9. Soft drinks are available around the stadium for $3. A large selection of craft beer is sold on the east side of the stadium for $7.

The biggest issue with the stadium is its location. There's not a lot within walking distance, and almost everything in the area closes at 10pm or earlier. Exceptions are the bars listed for the Red & Blue Express.

There are a few chain restaurants like Subway (27601) and a Bojangles (27601) in the immediate area and the nearby mall. Ole Time Barbeque (27606) is right down the road from the stadium, but you'll need to get there early.

Downtown Raleigh is a short drive and is known as a foodie town. The Pit (27601) serves local BBQ. Tobacco Road Sports Cafe (27701) is one of the best sports bars in the area.

The nearest airport is Raleigh-Durham International. Direct flights are eight hours from Heathrow. North Carolina is a south-eastern US state that goes from the Atlantic Ocean beaches to the Appalachian Mountains.

Museums such as the NASCAR Hall of Fame are in Charlotte. The state motto (‘First in Flight’) honours the Wright Brothers, who flew their first plane in Kitty Hawk on the Outer Banks, barrier islands lined with popular beaches. For more information go to https://uk.visitnc.com/

North Carolina set a US Open Cup record in 2016.

Their third round tie against Charlotte Independence ended scoreless after 90 minutes.

North Carolina would eventually win 5-0, thus setting a tournament record for the most goals scored by a single team in extra-time.

In the same year, West Ham became the first Premier League team to visit the Triangle region of North Carolina when they visited WakeMed Soccer Park. The game ended in a 2-2 draw in front of a record-breaking crowd of 10,125.