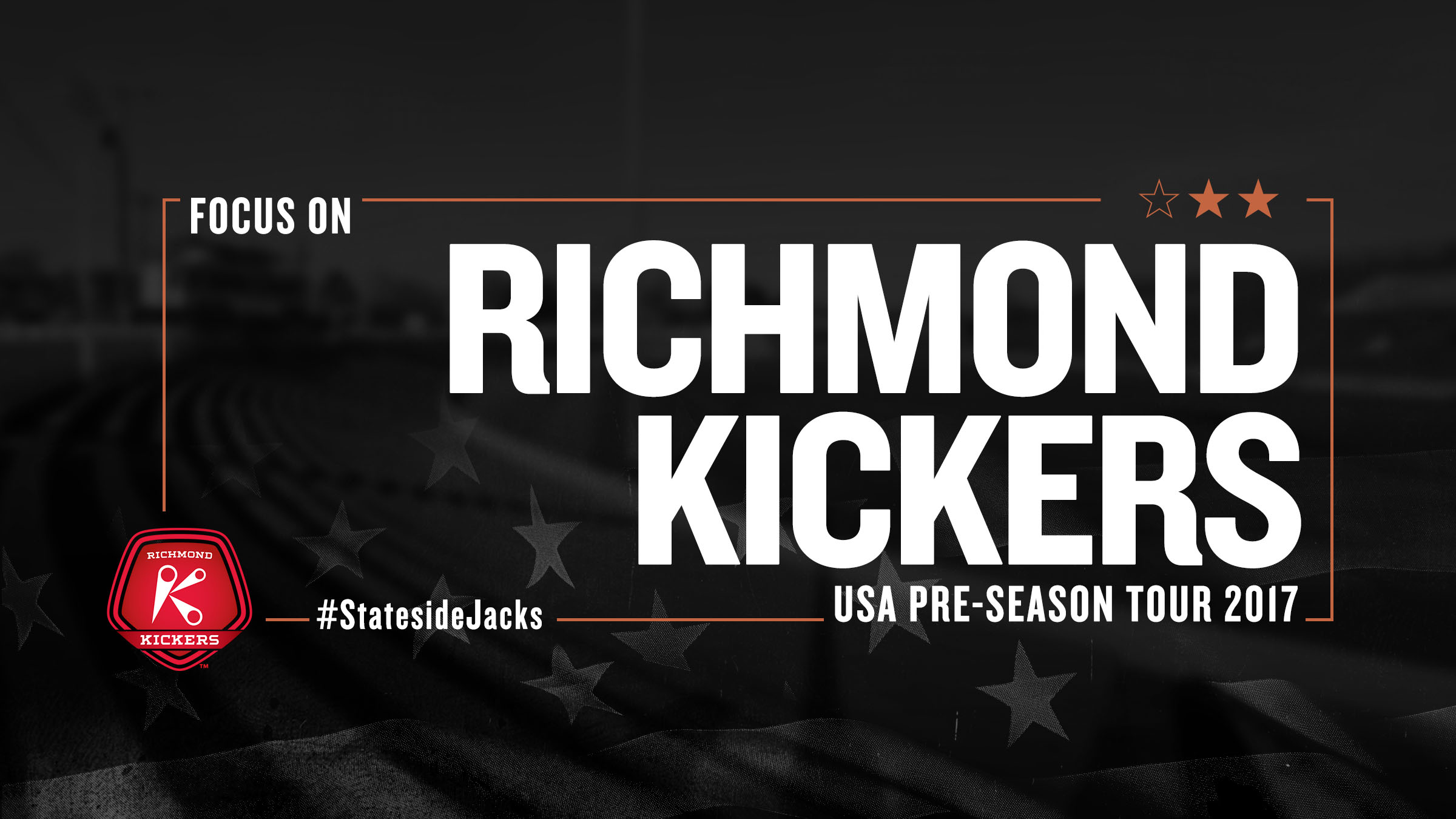 Richmond Kickers currently play in the United Soccer League, which is the third tier in the US pyramid system behind the MLS (Major League Soccer) and NASL (North American Soccer League).

Prior to the USL, the Kickers have had numerous spells throughout the second, third and fourth divisions of American soccer. The team has played in the third division of American soccer since 2006, and are among the oldest continuously operating professional soccer clubs in the United States.

The Kickers - established in 1993 - have previously faced Premier League opposition in Crystal Palace and West Brom in the last two years.

Last year, they took on the Swans in a game interrupted by a lightning storm that held the game up by 90 minutes.

Their head coach, Leigh Cowlishaw, was born in Burton upon Trent but moved to America aged 19 to play for University of Richmond, before becoming an integral player for the Kickers, for whom his number 13 shirt has been retired.

City Stadium is south of the Carytown district off the Downtown Expressway.

Tickets for the game are priced $30/$50 and are available HERE.

How to get there

From the north: Interstate 95 South (exit 79) to 195 South (Downtown Expressway). Follow for three miles and take Rosewood Avenue Exit. Turn left at McCloy Street. Stadium is on the right.

Parking: Free parking is available and tailgating is encouraged at all Kickers home games.

Food trucks can be found around the city of Richmond and serve local food at low prices. Click HERE for a list of the trucks. Each truck has their own website with menu and prices.

The Kickers have a rotating menu from game to game, and you can find out what food trucks will be at each game on the Kickers' website.

Alcoholic beverages including Kick It Hunny - the official beer of the Richmond Kickers - and non-alcoholic drinks are available.

If you fancied refreshments outside of the stadium, Sheppard Street Tavern (zip code 23221) is a sports bar nearby, while China Panda, Akida Japanese and Buddy's Place are within close proximity. There's also a 7-11 across the road for your tailgating needs.

Half a mile from the stadium is West Cary Street - also known as Carytown.

Along this one-mile stretch of road, you can find everything from all-American burgers to Italian and Japanese restaurants. Getting to Carytown is relatively easy, and there is plenty of parking in the surrounding area. Gus' Sports Bar and Grill (zip code 23220) is two miles from the stadium, and is the official sports bar of the Richmond Kickers. This place is a local favourite and a great place to go before the game if you are in Richmond all day.

Please note: Tipping in America is standard, whether it be a buying a meal or a couple of drinks.

For buying drinks at the bar, $1 per drink or 15-20 per cent of the bill is seen as the standard.

Firstly, UK visitors to America need an ESTA, which is valid for two years and can be obtained online HERE - they cost $14. Background checks will be performed, no certificate is issued but details will be held electronically.

Richmond is 108 miles from Washington DC, which can be travelled in under two hours by car via Interstate 95.

Visit Richmond for full information on events, things to do and places to eat and stay.

- Richmond is where, in 1935, canned beer was made commercially available for the first time.

- Richmond claims to be the creators of the sailor sandwich - hot pastrami, grilled knackwurst, melted Swiss cheese and hot mustard on rye bread.

- Many films and television shows have been filmed, in whole or in part, in Richmond, including Killing Kennedy, Lincoln, The Box, Finnegan Begin Again, Hannibal, The Jackal, Hearts in Atlantis, The Contender, Shadow Conspiracy, Evan Almighty, and Iron Jawed Angels.

Locations featured in the 1990s television cartoon, Doug, are named after or inspired by areas in Richmond and nearby counties as creator Jim Jinkins was born and raised in Richmond.

- The city was founded by William Byrd II in 1704, and named after its sister city, Richmond in London.