The Vetch, Hollywood and the big screen!


Bayern Munich are known throughout the world as FC Hollywood because of the glittering stars they've always had in their teams compared to other Bundesliga clubs.
But perhaps a club more fitting of the Hollywood title would be today's visitors Arsenal.
The Gunners are certainly no strangers to starring on the big screen.
Back in 1939, the club was the centre piece of  a British black and white picture called The Arsenal Stadium Mystery.
I remember watching the film one rainy weekday afternoon while I was off sick from school. It was the first time I had seen football featuring in a film.
The plot surrounds a friendly between Arsenal and a fictional team called the Trojans, during which one of the Trojans is fatally poisoned during the match.
Many of the action scenes, so often disappointing in subsequent football films, were filmed during an actual game between Arsenal's 1938 championship winning side and Brentford.
Other close ups were filmed during a mock up match using the Oxford and Cambridge University teams.
More recently, the club played the central role in the film adaptation of Nick Hornby's football-themed book Fever Pitch, which is largely based on the Gunners 1988-89 Championship winning season.
The film starred Colin Firth, who apparently discovered a love of Arsenal shared by his character whilst making the film.
Of  course the Highbury and Emirates stands have been no strangers to stars of the silver and small screens.
Arsenal's fan club reads like a guest list at the Oscars. Film director Spike Lee along with Keanu Reeves and Kevin Costner count  themselves amongst Arsenal's legion of celebrity fans.
And then you can throw in the likes of British athletics superhero Mo Farah and former News of the World editor turned chat show host Piers Morgan
But, things are changing, and there is a promising young starlet elbowing its way into the football film limelight  - Swansea City.
Yes, the Swans are about to star in a film themselves.  And they have some big hitters of their own behind the project.
The story of the Swans' remarkable rise from the brink of potential extinction is being directed by BAFTA Award-winner Marc Evans.
Executive Producer is successful Swansea musician and composer Mal Pope, while the co-producer is British director James Marsh, who won an  Oscar in 2008 for his documentary film Man On Wire.
From a Jack to a King will be a chance not only for the Swans to hit the big screen, but also us supporters.
The film's makers are calling on Swans fans to help by contributing photos, video clips and digital videos capturing some of the momentous occasions we've experienced during the roller coaster ride of emotions experienced by the club, its supporters and the city in general.
From the unbearable tension of the Hull City match and the depressing lows of the Tony Petty period, to the delirious highs of the Wembley finals, open top bus parades and Premier League debut, your records of those events will play a starring role.
But to be fair, the citizens of Swansea haven't been doing to badly on the small screen recently.
In fact, over the past few months, if you were a Swans supporting call centre worker, down on your luck and living rough on the streets of Swansea, buying your daily cuppa from the city market and taking your faithful canine companion to the local vets, the chances are you've had more prime-time exposure than Holly Willoughby's cleavage.
Between all the Swans PremierLeague matches and highlights; the Fall and Rise of Swansea City; The Call Centre; Swansea Market, Swansea: Living On the Streets; Vets 24, we done okay exposure-wise!
And Arsenal may have the likes of Alan Davies and Jay Z, but we've got the bus driver bloke from Gavin and Stacey,  who, by the way also appeared in the Swansea-based cult classic Twin Town, and one of the Harry Potter films!
And, then of course, we have got our trump card . . . Kevin Johns MBE, a hugely versatile and talented entertainer who has worked tirelessly over the years for local charities, and for the Swans, who during the bad times were often in need of charity!
His role as club chaplain may also been invaluable when we've been in need of divine intervention! The Hull match springs to mind.  Arsenal fans, if you don't know who he is, he's the chap on pitch with the mike before the game.
And before anybody starts, I am genuinely not being sarcastic. I'd take our Kev over Jonathan Creek any day, and definitely over Piers Morgan!
Kev's motivational speech on the pitch at Wembley before the play-off final, and the way he put down Reading's "anthem" as "their lovely song  from Glee", cemented his place in Swans legend forever.
No longer Clown Kev - his popular  former alter ego on Swansea Sound  - he has been crowned King Kev by Swans fans. Cut him in half and he would surely have Swansea City written through the middle of him in black and white.
So, the Swans may not have the cinematic pedigree of the Arsenal, but they are certainly shaping up nicely as a starlet of the silver screen.
And with the new film going into production, who knows, From a Jack to a King, may take its place alongside the likes of The Arsenal Stadium Mystery, Fever Pitch, The Damned United, Escape to Victory and Goal in the list of famous football-based films.
Nobody can ever say it hasn't got a remarkable story line. If you'd tried to pitch it as a piece of fiction to a Hollywood producer, you'd probably be thrown out for being too far-fetched! You really couldn't make it up.
C'mon you Swans! 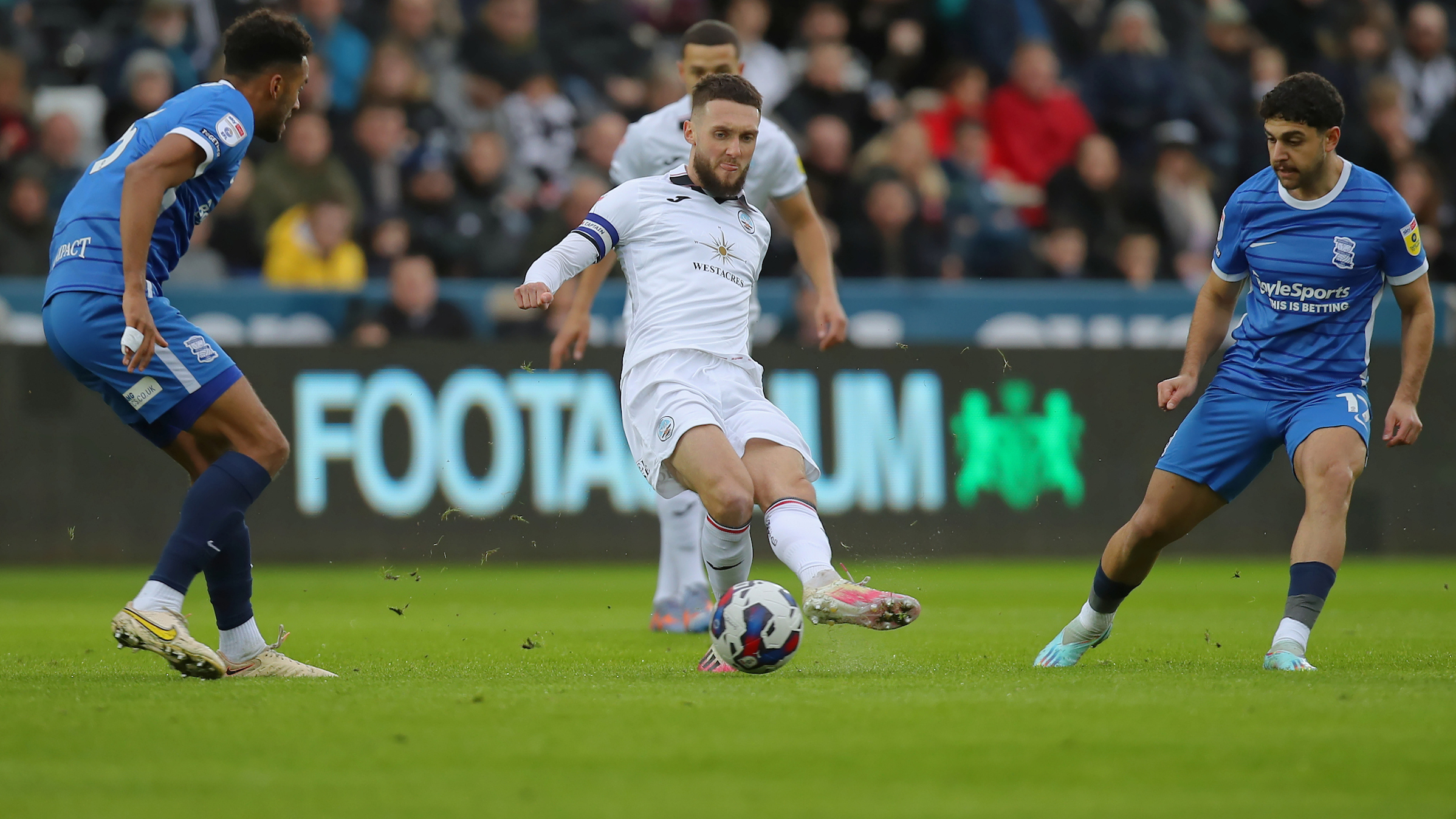 Check out our selection of the best action images from Swansea City's Championship game against Birmingham City at the Swansea.com Stadium.