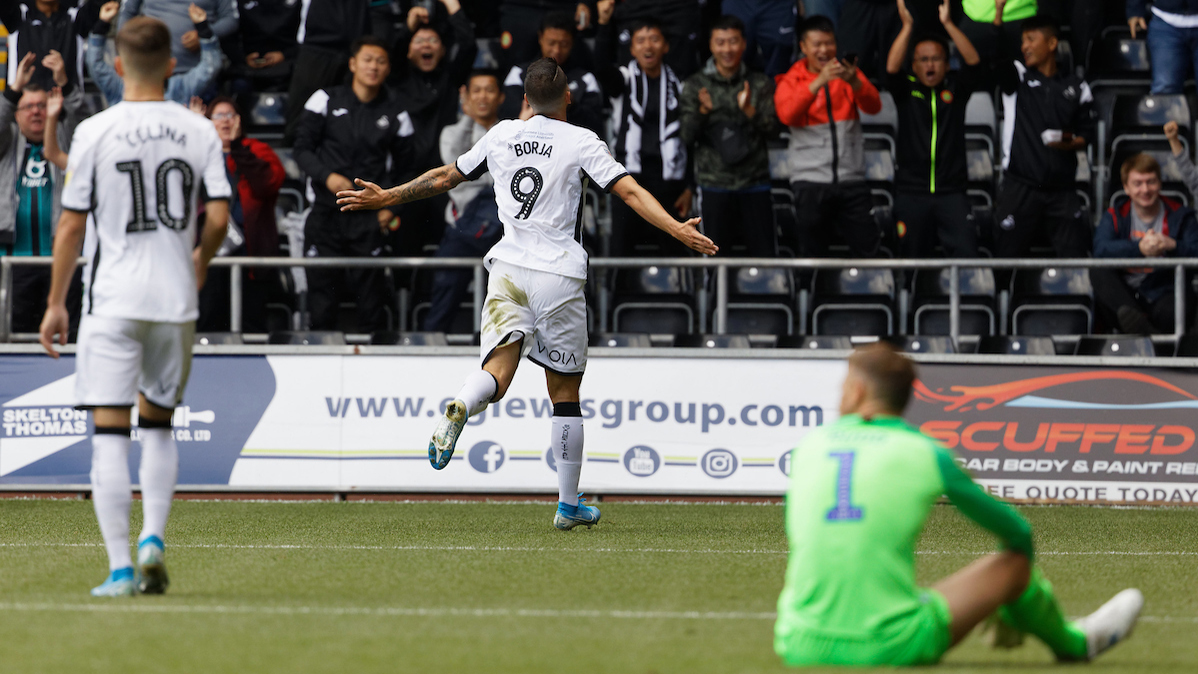 Vote for August Goal of the Month

August was a fantastic and historic month for Swansea City, and you can celebrate by helping select our pick of the goals from the opening weeks of the season.

Steve Cooper’s men have made the best-ever start to a league season in the club’s history and, when you add in Carabao Cup wins over Northampton and Cambridge, they have racked up a remarkable 21 goals in August.

We have selected four of them as our Goal of the Month finalists, and it’s now up to you to pick the winner.

First up, we have Borja Baston’s sensational header in the 3-2 win over Preston, the Spaniard converting a Jake Bidwell cross.

Next up is Bersant Celina’s well-taken finish at QPR, following lovely interplay with Andre Ayew.

Option three is also from that win in west London, in the form of Sam Surridge’s header from an outstanding Ayew assist.

And the fourth and final goal is Kyle Naughton’s driven effort from the edge of the area to open the scoring against Birmingham.

Register your details to vote HERE. The deadline is midday on Monday, September 9.

Goal of the month
First Team

Swansea City host Birmingham City today in their first home league match in over a month and you can here from the two camps, find out the latest team news and discover some key facts and figures with our match preview.