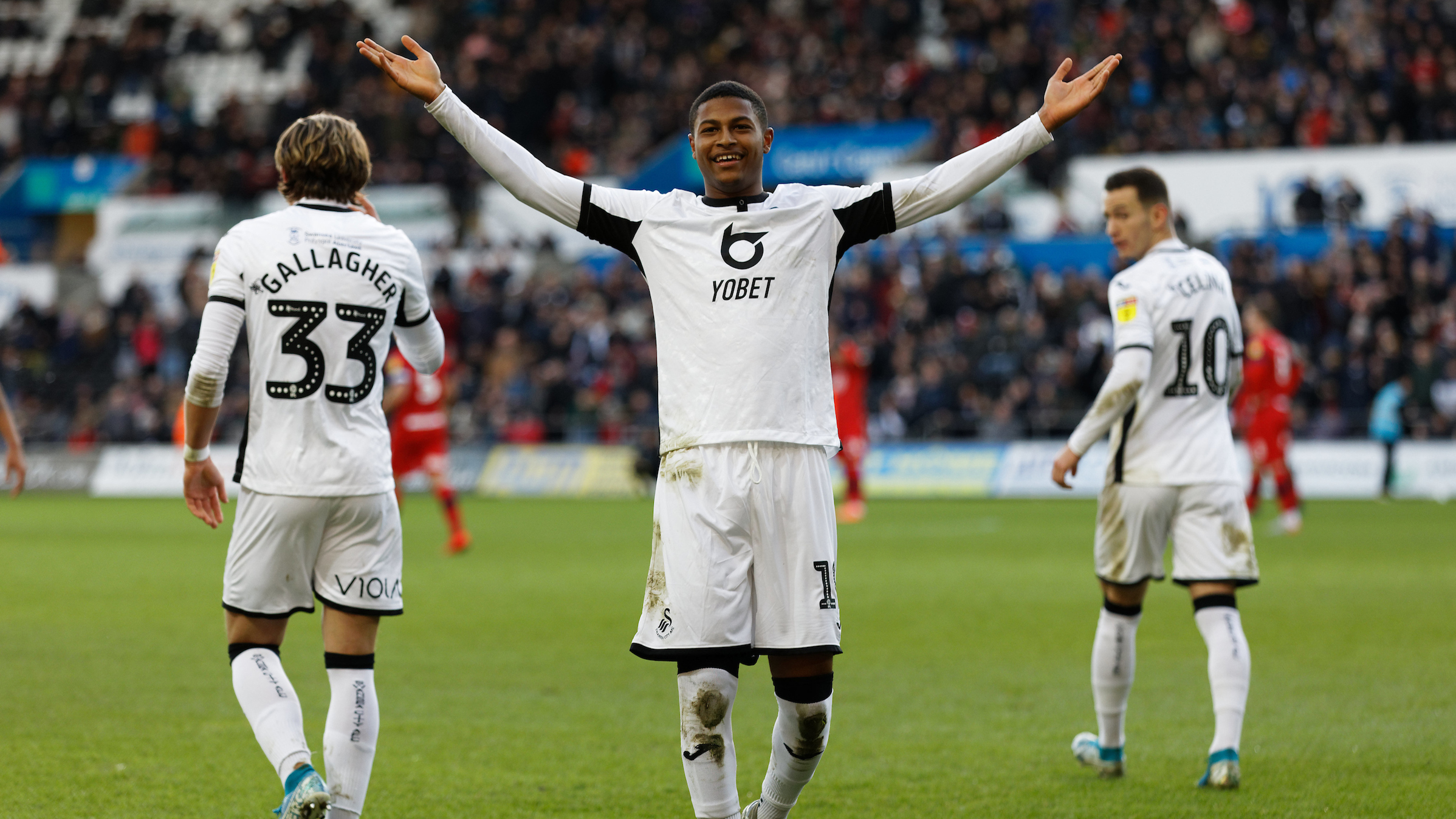 Vote for January Goal of the Month

There were some fine strikes and well-worked goals for Swansea City fans to enjoy in January. You can help us pick the best of them and win a signed Swans shirt into the bargain.

First up, we have Yan Dhanda’s wonderful curling strike as the Swans kicked off a new decade with victory over Charlton.

Next up is George Byers’ excellent finish from the edge of the area against QPR.

And, last but not least, is Andre Ayew’s close-range finish to round off a team move and seal all three points against the Latics.

Register your details to vote HERE. The deadline is midday on Monday, February 10.

First Team
Goal of the month