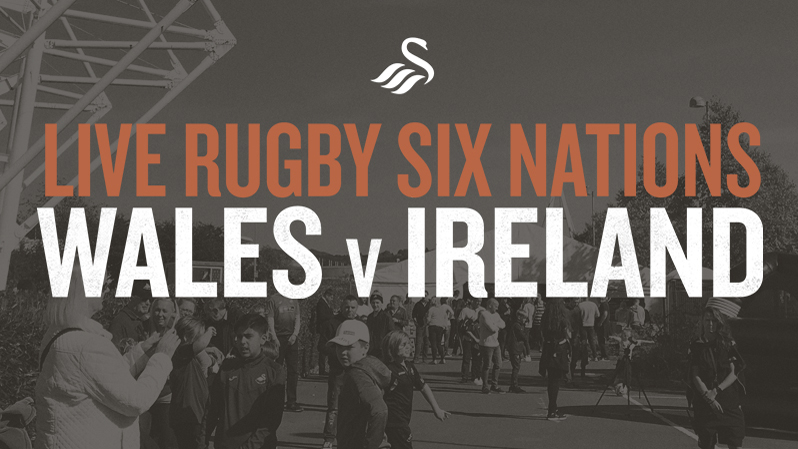 Swans fans will be able to watch Wales’ quest to win the Six Nations Grand Slam in the Jacks Zone before Saturday’s FA Cup tie with Man City.

Swans fans can start their matchday experience early by visiting the club’s Jacks Zone in front of the South Stand.

Fans can take cover from the weather in the large marquee from 2.20pm where the Wales v Ireland Six Nations clash will be shown on the TV screens.

The Jacks Zone will close at 5pm ready for fans to take their seats for the Swans’ FA Cup quarter-final against the reigning Premier League champions.

Behind the bar there will be a special drinks promotion for the game, with bottles of Coors Light (330ml) priced at just £2 and Stowford Press Cider at £3 (500ml). Other drinks will also be available.

Outside the marquee, for the more energetic, there are more activities, including table football games, shooting tests and a speed cage (the inflatables are weather dependent).

So why not start your matchday early and come down to the Jacks Zone? You can enter via the entrance to the South car park – halfway down the red tarmac of the South Stand – or from the retail park foot bridge.

Tickets for the Man City game are available – get yours HERE or call the ticket office on 01792 616400. Watch the game in style in our 1912 Heritage lounge – contact our dedicated hospitality team on 01792 616628 or on hospitality@swanseacity.com.

Travel with Zeelo to get picked up near your home/pub and dropped off right outside the Liberty and returned back after the game. Book your coach HERE.