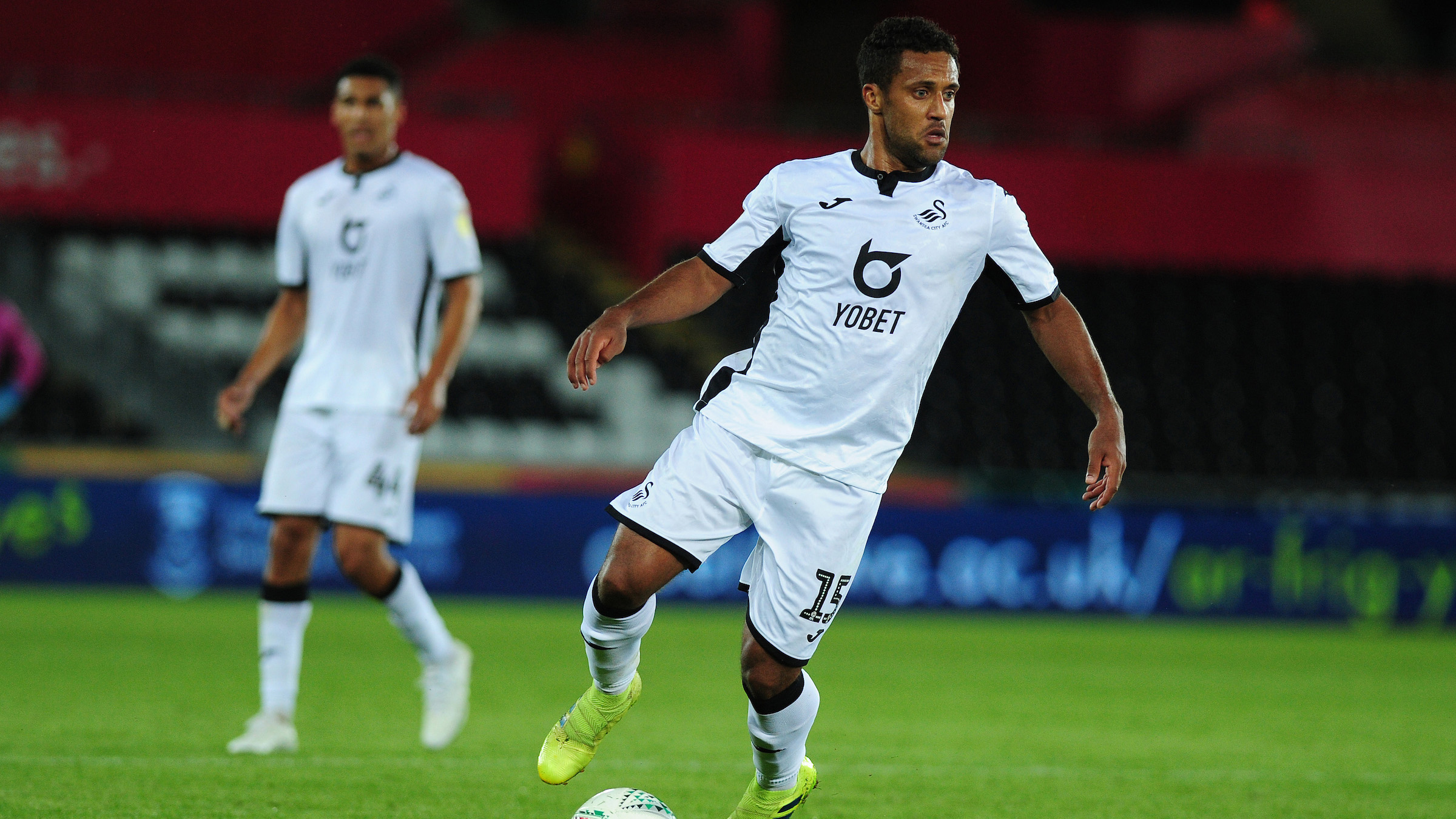 Steve Cooper revealed that Wayne Routledge will be available for selection ahead of Swansea City’s trip to Luton this weekend.

Routledge has not played since sustaining a calf problem in the 1-0 defeat by Millwall at the Liberty last month.

However, the experienced winger has trained with the squad all week and could return when the Swans travel to Kenilworth Road on Saturday.

Routledge’s return to fitness means that only long-term absentees Joe Rodon and Jordon Garrick are unavailable for selection.

And Cooper is thrilled to see the 34-year-old back on the grass at Fairwood.

“Wayne’s back. He’s trained all week,” the Swans head coach said. “Obviously, he missed the last spell of games.

“It’s always good to have him on the pitch because of what he brings – through his character and also the fact that he’s still a very good player.

“Then, Joe and Jordon are still ongoing with their rehab.