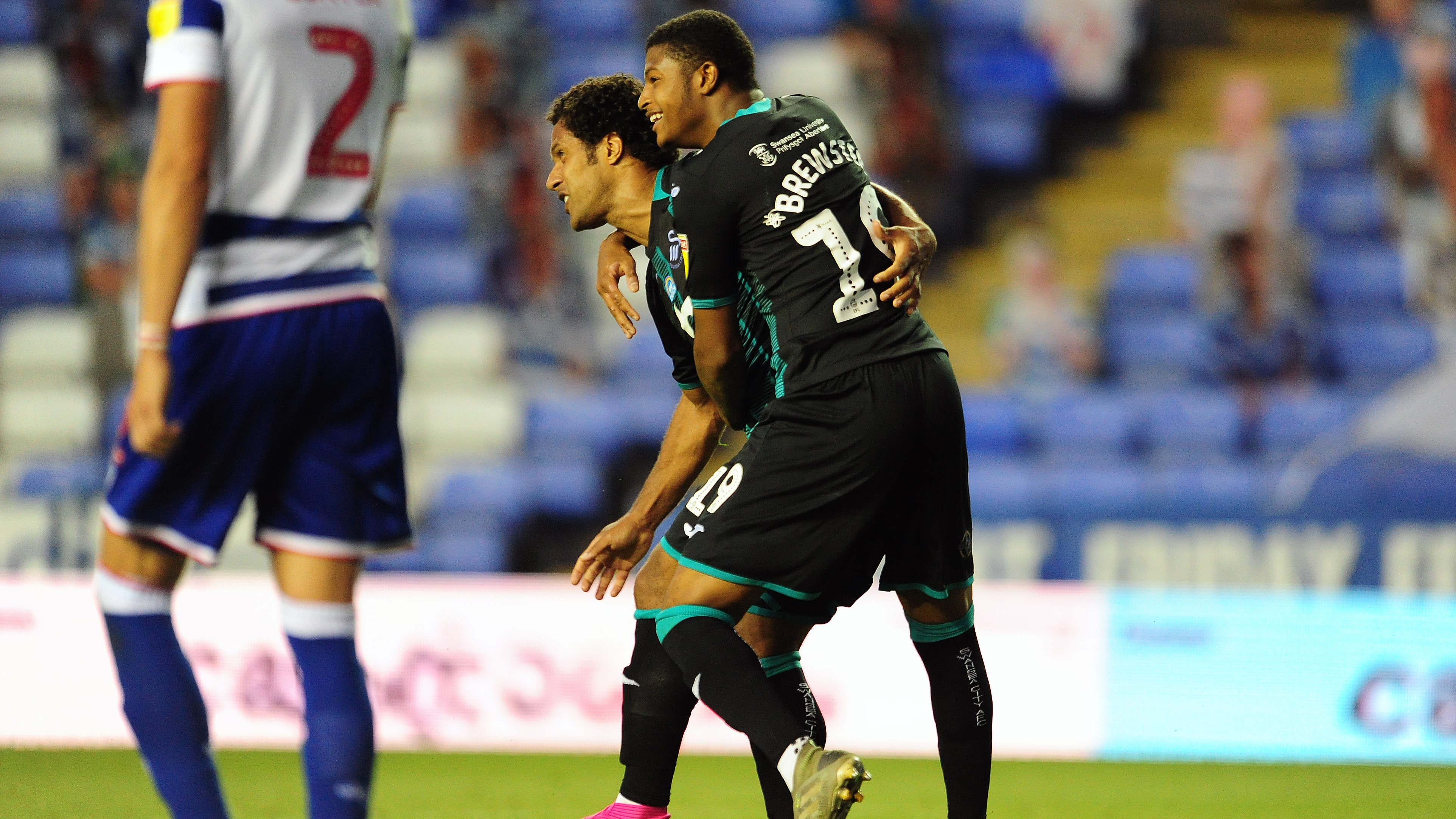 The Swans ran out 4-1 winners at the Madejski Stadium as Steve Cooper’s side saw off the 10 men of Reading in emphatic fashion.

That result, coupled with Nottingham Forest’s 4-1 home defeat to Stoke, saw the Swans sneak into the play-offs in stoppage time.

Routledge proved a key figure in Berkshire, coming off the bench at half-time to score twice – including the all-important fourth goal with only moments remaining.

The winger, who had to be replaced following his goal due to injury, was full of praise for his team-mates for continuing to show belief.

“It was some game, it will probably go down in memory for a while,” said the 35-year-old.

“In the end we got the job done and now we’ve got two, possibly three games to play.

“It was almost a bit surreal to be honest, you go through loads of emotions in a game like that.

"We’ve got to where we needed to get to, it doesn’t matter how we got there in the end, we got there. Now we have two games to get where we want to be again.

“It’s nice to be out there, it’s nice to be part of a team that never gives up. You see it with Erwin’s saves, you see it with Marc not giving up when the guy is one on one and really should score and he won’t let it go. I think that is what the team is about now.

“Before the game I said that there is something the boys have that they will never give in. The amount of games the boys have been playing and the quick turnaround and they still don’t give in.

“If they’re tired they still don’t give in, they’re running through walls and they give their all. It might not be enough but they are always going to give all they’ve got.

“There is a belief going through the team that we have got to where we needed to get to, we worked our socks off to get there and now we’ve been rewarded with a chance of doing something that is pretty epic. But now it is down to us to try and do it. “

Rhian Brewster’s 30-yard rocket put the Swans ahead against the Royals, who were then reduced to 10 men following Yakou Meite’s sending off.

However, George Puscas put them back on level terms before the break after Jake Bidwell was adjudged to have fouled Andy Rinomhota.

Cooper sent on Routledge and Dhanda at the break to give his side a more attacking element, and it paid off with the former brilliantly controlling Matt Grimes’ pass before lobbing keeper Rafael Cabral in the same movement.

Sub Liam Cullen edged the visitors closer to a play-off place by adding a third with six minutes left, before Routledge sent Swans fans around the world into ecstasy by nodding home Conor Gallagher’s cross in stoppage time.

With Nottingham Forest then conceding a fourth goal in their match with Stoke, the Swans celebrated shortly after the final whistle as news filtered through of events at the City Ground.

And Routledge, who took his tally to five for the season, believes the Swans have made big strides since returning from lockdown, taking 17 points from a possible 27.

“In my personal opinion, I feel we are at a place where we are getting better as a team and that’s the nice part,” he added.

“It’s nice to score, it’s nice to win and it’s nice to do good things but I think this was a moment that none of the boys are going to forget for a long time.

"There were a lot of stipulations before the game but we had to do our job and we did it. That is the most pleasing thing for me and the boys. If someone asks you to do a job you do it, and we did it.

“There are lot of things going on in the world at the moment that aren’t nice but if you have a chance to give a little and it goes a long way then you’ve got to do it and I think we did that; it gives people a little bit more to look forward to.”

The Swans host Brentford in the first leg of the play-offs on Sunday before heading to Griffin Park – the last fixture to be played at the venue before the Bees move to their new home – on Wednesday.