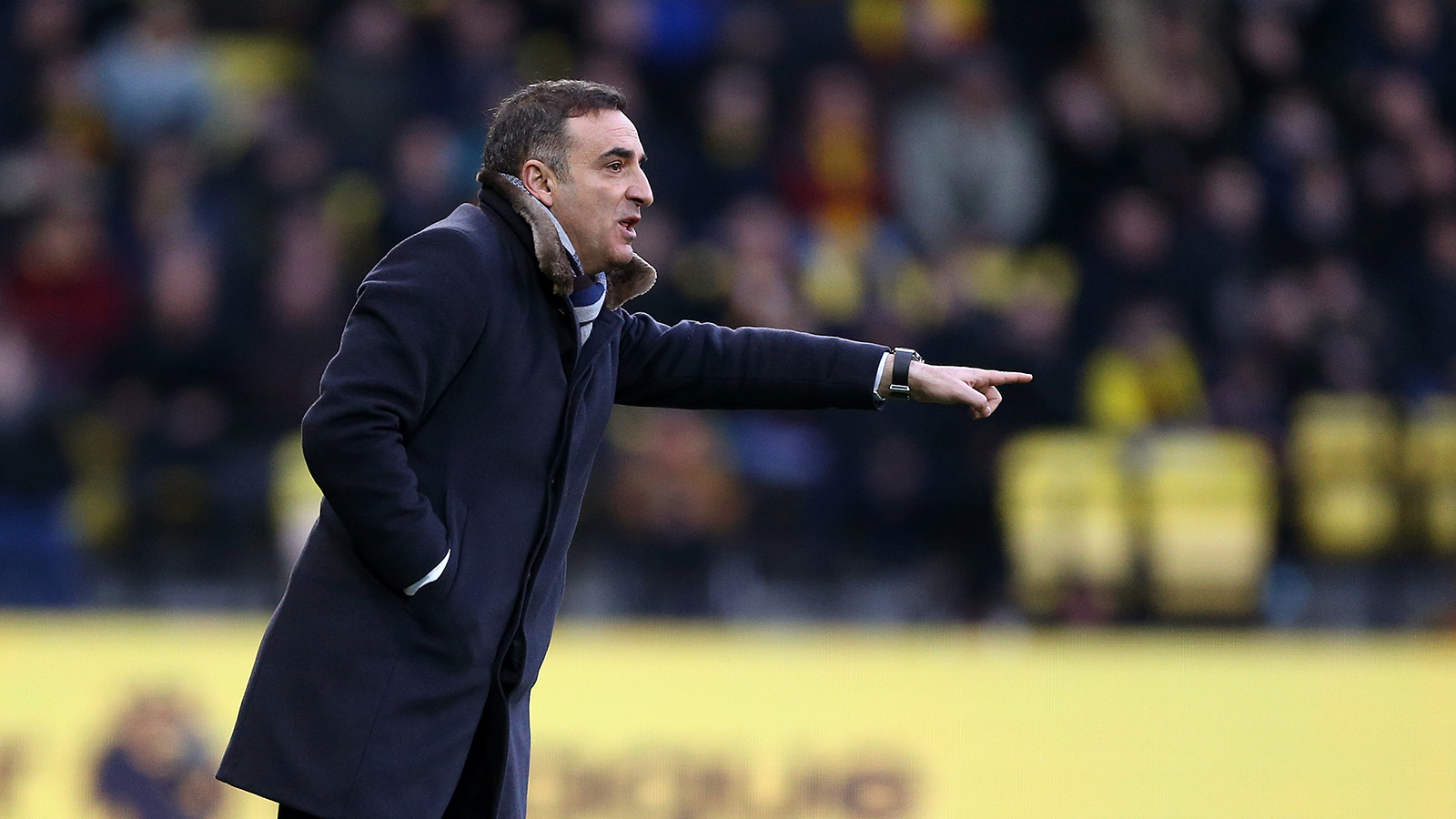 Carlos Carvalhal reckons victory over Watford will not change the general view that Swansea City will be relegated this season – but insists those inside the club have other ideas.

Carvalhal suggested after taking charge of the Swans last week that there would be nobody outside the Liberty Stadium backing his team to stay up.

He reckons a dramatic 2-1 victory at Watford in his first game in charge may have changed the odd opinion – but concedes that the Swans still have a huge amount of work to do.

Nevertheless, an upbeat Carvalhal is adamant his side can pull off a great escape.

“I said to the players before the match that if you ask 100 people who understand football, 100 people would say Swansea will be relegated,” he said.

“Now maybe 98 of those 100 people will say we will get relegated – maybe two of them will think we will not get relegated, but it’s still a very small percentage.

“We are still not in a good position, but confidence is higher now and belief is higher.

“And I can tell you that me, my players, the chairman and our fans are not in the 100 people.

“We believe we can stay up. It will be very tough and we have just taken the first step, but we believe.”

Having had only two training sessions with the Swans squad since taking over, Carvalhal reckons his players will improve as they get a better idea of what he wants.

“The commitment is very strong,” he added.

“You could see today the main idea of how we want to play. Sometimes it wasn’t what we want, but it’s impossible after two sessions.

“But with more time to train, we will be better.”